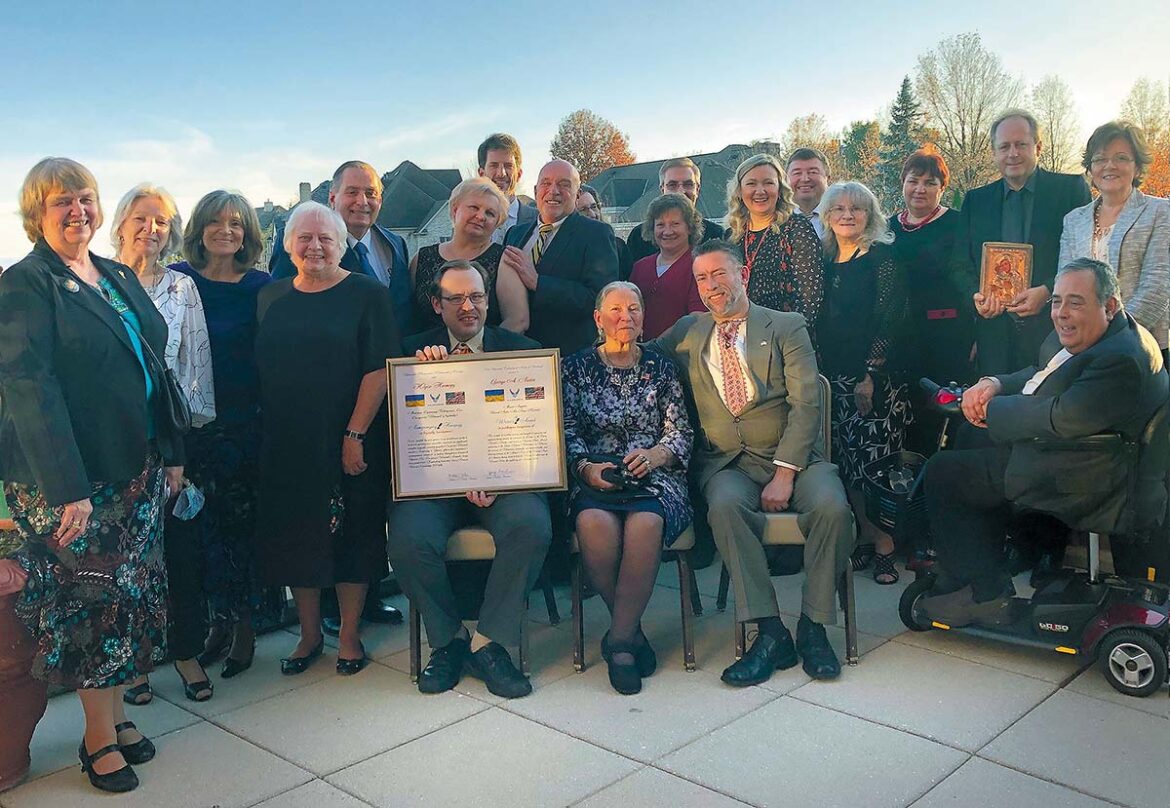 At the awards ceremony during which the Ukrainian Technological Society Writer’s Award was presented posthumously to George A. Nestor (seated, from left): Roman Nestor (with plaque), Irene Nestor and Andre Nestor with dinner guests.

PRESTO, Pa. – George A. Nestor was posthumously presented with the Writer’s Award of the Ukrainian Technological Society of Pittsburgh (UTS) in ceremonies at a formal dinner on Sunday, November 8, at The Club at Nevillewood located in Presto, Pa., near Pittsburgh. Mr. Nestor passed away on November 25, 2019.

Following dinner, UTS Secretary Nickolas C. Kotow offered a brief biography of the honoree’s life. He related that Mr. Nestor was a humble man of many accomplishments. He was born on April 25, 1931, near Ebensburg, Pa., was orphaned at age 8 and grew up in Nanty Glo. After graduation from Ebensburg High School in 1949, he worked in the tree-trimming industry until he was drafted into the United States Army on October 9, 1952, to fight in the Korean War. 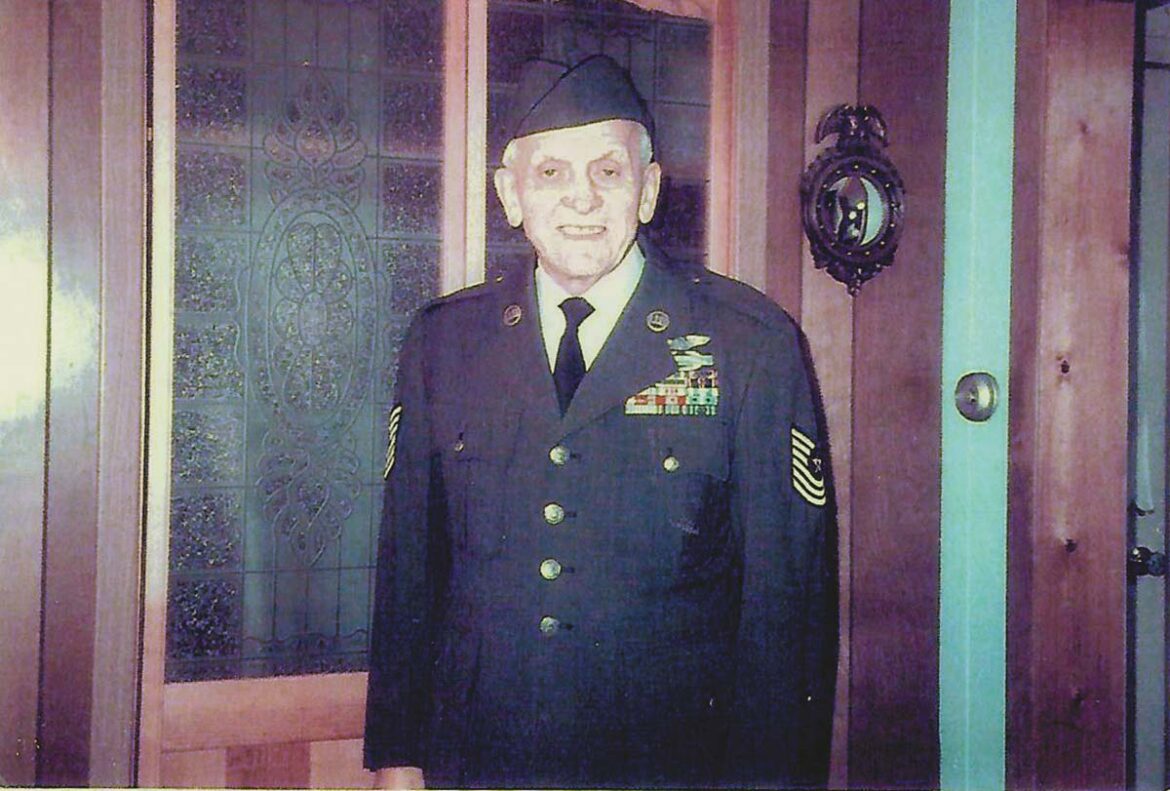 The late George A. Nestor.

He was sent to Camp Pickett, Va., for training as a combat medic. During his training, he observed the then standard practice of loosening applied tourniquets every 25 to 30 minutes. Mr. Nestor pointed out that such a practice would lead to severe blood loss. By the end of his training tour, the standard practice was changed so that tourniquets were not to be loosened except by a doctor. Following his combat medic training, he was sent to fight in Korea and was assigned to a Mobile Army Surgical Hospital (MASH) and later to a heavy weapons unit. Upon the cessation of hostilities in Korea, he was honorably discharged from the U.S. Army in October 1954.

In July 1958, Mr. Nestor enlisted in the United States Air Force and received airplane mechanic training at Chanute Air Force Base in Illinois. He volunteered for two combat tours during the Vietnam War. During his first tour, he was awarded the Air Force Commendation Medal for taxiing an airplane away from fuel tanks that had been set ablaze by Viet Cong shelling. During his second tour of duty, he served as a flight engineer in an air commando unit. Other Air Force assignments included serving as a crew chief on refueling tankers for bombers and other aircraft that were flying airborne deterrence missions against the Soviet Union.

Raymond M. Komichak, lieutenant colonel (retired) in the U.S. Army, was called upon to inform all present of the types of distinctive military acts of extraordinary heroism, courage and bravery in battle, and acts of meritorious achievement and service represented by each of the medals and decorations awarded to Mr. Nestor. He also noted that the rank of master sergeant attained by the honoree was the third-highest rank that could be earned by a non-commissioned officer in the Air Force.

Secretary Kotow then explained the history of the UTS Writer’s Award. It was inaugurated in 1987 and was “instituted to encourage persons living in the tri-state area to submit letters-to-the-editor, articles, stories, poems, etc. dealing with Ukraine or Ukrainians for publication.” The first award was to Joseph Cieply of Monessen, Pa. The second in 1988 was presented to Bohdan Hodiak, then of Pittsburgh.

The award plaque inscription for George A. Nestor noted his decades of written submissions to newspapers in Johnstown, Pa., and Pittsburgh, as well as to The Ukrainian Weekly, about many topics and items of significance to Ukrainians, especially the Holodomor. Oksana Lernatovych, instructor of Ukrainian language at the University of Pittsburgh, read aloud the Ukrainian inscription. Stephen Haluszczak, UTS Executive Board member, read the English inscription. The plaque was created by graphic artist Taras Davyda.

The award for the late Mr. Nestor was accepted by his wife, Irene Deskevich Nestor, with two of their sons, Andre and Roman, in attendance. (A third son, Adam, was not able to attend.) Mrs. Nestor and son Roman thanked the Ukrainian Technological Society for presenting the Writer’s Award to their husband and father, and expressed hope that the society would seek to present more such awards in the future.

More information about the Ukrainian Technological Society of Pittsburgh is available on its website, www.utspgh.com.