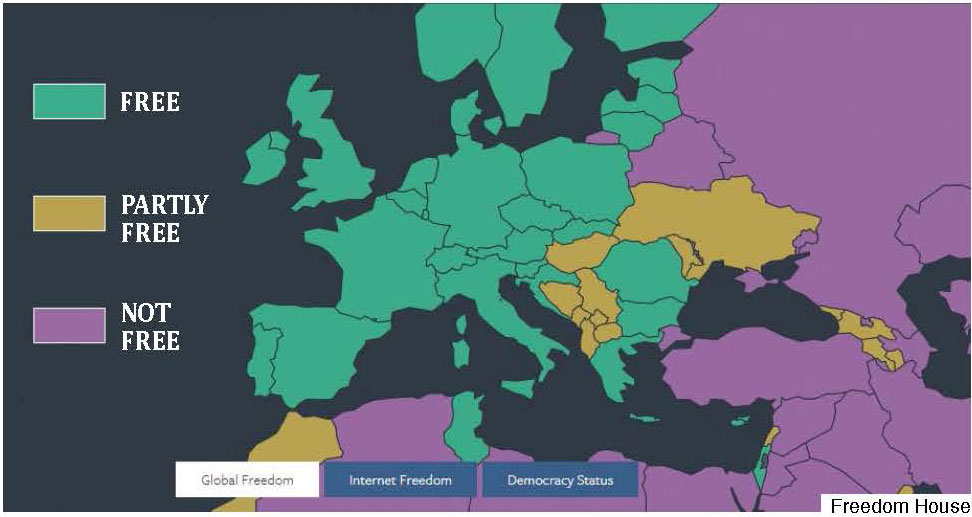 Freedom House’s 2021 Global Freedom index says that only 82 out of 195 countries in the world are free.

KYIV – Ukraine remained in the middle “partly free” category among 195 countries in a yearly freedom ranking, advancing slightly on social progress while placing in the upper one-fifth among global militaries.

Freedom House, a Washington-based human rights watchdog, on March 3 noted that Ukraine had dipped two points from last year in its freedom ranking, which is based on a 100-point scale and composed of the summation of two overall categories of civil liberties and political rights that are weighed 60 and 40 percent, respectively.

In October 2020, multiple reports alleged that the head of the Constitutional Court, Oleksandr Tupytsky, had obtained land in occupied Crimea, failed to declare luxurious real estate in Kyiv and was linked to a prominent case of judicial fraud.

Mr. Zelenskyy has since suspended the court’s chief justice, extending the term for one month as of February 28. Mr. Tupytsky has legally challenged the suspension with the Supreme Court and a hearing is still pending.

The report said that “attacks against journalists, civil society activists, and members of minority groups are frequent, and police responses are often inadequate.”

Freedom House treated Russian-occupied Crimea and parts of the Donbas, where the easternmost regions of Donetsk and Luhansk lie, separately in its report.

Both Ukrainian territories were rated “not free,” the worst of the three categories.
In the Crimea, which Russia forcibly seized in early 2014, “the occupation government severely limits political and civil rights, has silenced independent media, and employs antiterrorism and other laws against political dissidents.”

The watchdog added that “the indigenous Crimean Tatar minority…have faced acute repression by the authorities.”

In occupied Donbas, encompassing about one-third of the two regions’ territory, “politics within the territories are tightly controlled by the security services, leaving no room for meaningful opposition.”

While adding that “the rule of law and civil liberties in general are not respected,” the report said the occupied parts “are entirely dependent on Moscow for financial and military support, and their leaders have openly proposed joining the Russian Federation.”

Overall, the report said that “democracy” is under “siege” in the world as the number of free countries has sunk to its lowest level in 15 years” – from 89 to 82. Georgia and Moldova were the only other former Soviet republics to score partly free – aside from the three Baltic countries, which scored free and are part of the European Union and NATO.
The report said that in 2020, “democracy’s defenders sustained heavy new losses in their struggle against authoritarian foes, shifting the international balance in favor of tyranny.”

Social progress
Meanwhile, Ukraine improved by one point on social performance, reaching 63 on a 100-point scale in a yearly report by Washington-based nonprofit Social Progress that covered 163 countries. Conducted annually since 2011, the report released in January focuses on “noneconomic dimensions” and Ukraine’s score was 1 point below the global average of 64.

Its highest sub-category score was in “nutrition and basic medical care,” where it collected 93 points, followed by “shelter” and “access to basic knowledge,” with each achieving a value of 90.

Ukraine scored the lowest in “inclusiveness” (44) for its poor acceptance of gays and lesbians, discrimination and violence against minorities and gender equity in politics. Its next lowest score was for “health and wellness” (57) that included the components of life expectancy and access to essential services. Environmental quality (61) was the third lowest score.

Based on conventional means, excluding nuclear arms, Ukraine’s military capability was ranked 25th among 139 countries, on par with Thailand, Algeria and Vietnam.
The company uses more than 50 individual factors to determine a country’s “power index,” with zero designating a “perfect” country.

Ukraine’s highest score in the individual components was 7 for reserves, armored fighting vehicles and artillery. Its lowest-ranked military component was in naval forces. Ukraine has no corvettes, aircraft carriers, helicopter carriers, destroyers or submarines, and boasts of 11 patrol vessels, one frigate and one mine warfare vessel.

Its defense budget of $9.6 billion ranks 30th and 15.6 million people are fit for service, the report said.

Ukraine also gained three points and ranked 117th out of 180 countries in the most recent Berlin-based watchdog Transparency International’s (TI) yearly Corruption Perceptions Index that was released on January 28.

The modest improvement was attributed to the “launch of the High Anti-Corruption Court and the reboot of the National Agency on Corruption Prevention,” the watchdog said. 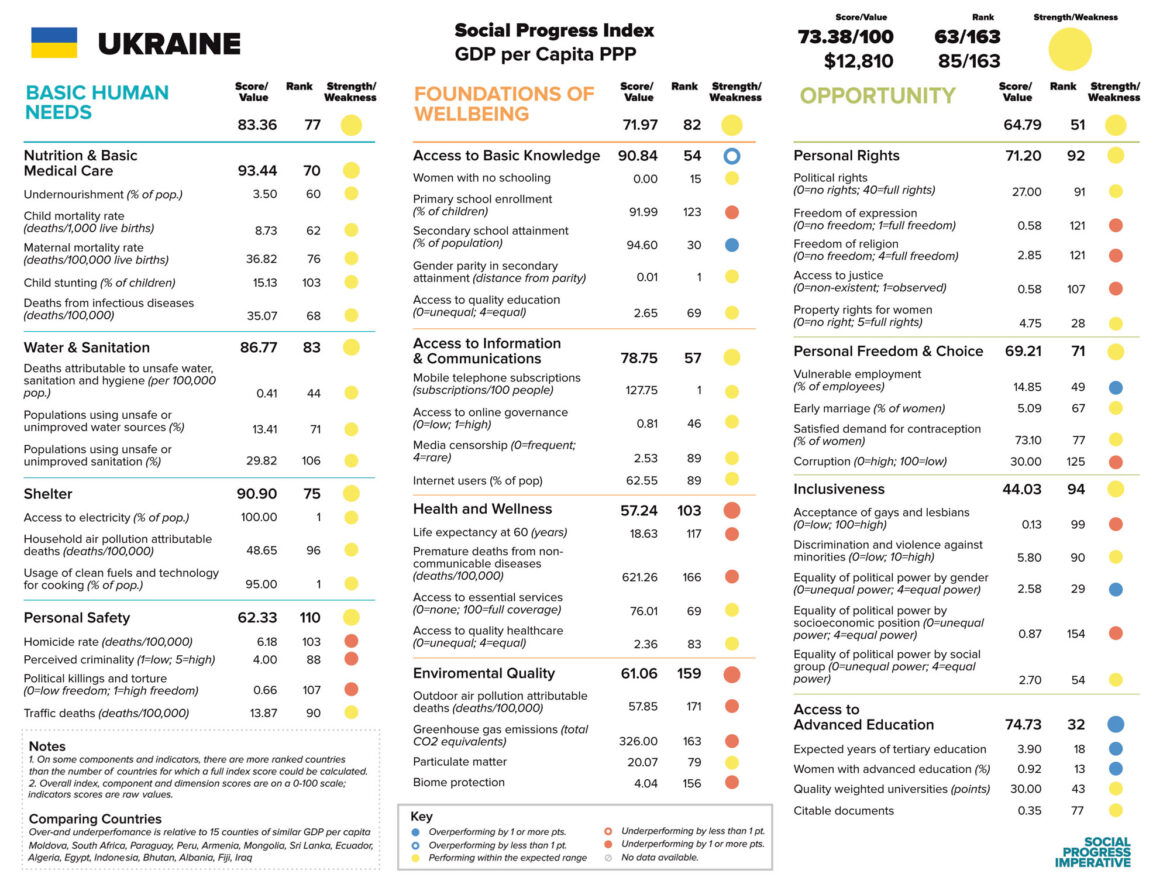