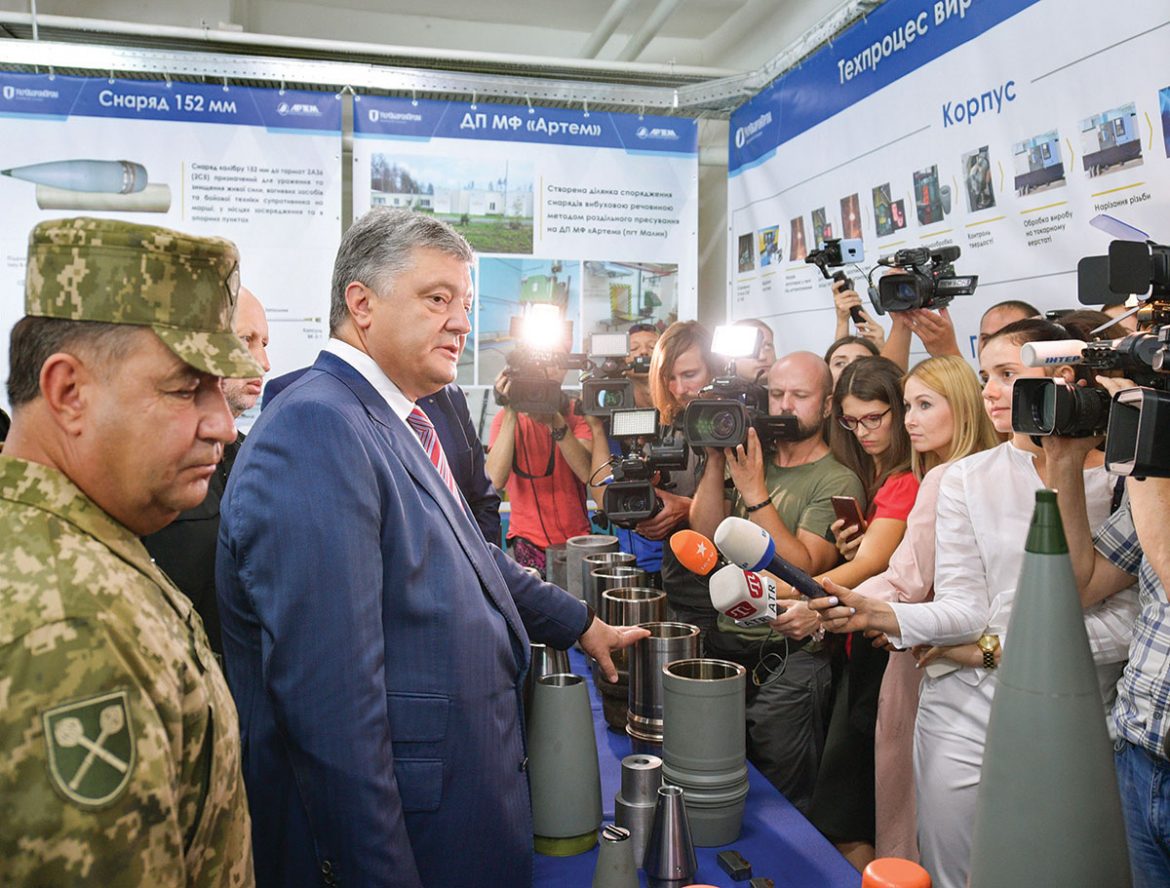 During a visit to the state enterprise Artem in Kyiv, President Petro Poroshenko announces that “Glory to Ukraine – Glory to the Heroes” will become the official military greeting of the Armed Forces of Ukraine.

KYIV – The words “Glory to Ukraine – Glory to the Heroes” will be used as military greetings for the first time on August 24 – Ukraine’s Independence Day – during the parade in honor of the 27th anniversary of the re-establishment of the country’s independence, President Petro Poroshenko informed the news media.

“We have consulted with the minister of defense, the National Security and Defense Council, the government, and I have decided that starting from August 24 these words will be heard for the first time as part of the official military parade ceremony on the Independence Day of Ukraine,” Mr. Poroshenko said during his visit on August 9 to the state-owned joint-stock company Artem, part of Ukroboronprom, which unites enterprises of Ukraine’s military-industrial complex.

The president added that the introduction of the words “Glory to Ukraine” and the response “Glory to the Heroes” (Slava Ukraini – Heroyam Slava) as an official military greeting was thoroughly discussed with servicemen and veterans of the anti-terrorist operation (ATO) before the decision was made.

Mr. Poroshenko noted that the greeting will be enshrined officially in documents to be approved by the Verkhovna Rada once it begins its next session in early September, as this requires changes to the statutes of all the troops of the Armed Forces of Ukraine. After the completion of the proper procedures, “these words and this greeting will become the official military greeting of the Armed Forces of Ukraine,” President Poroshenko stated.