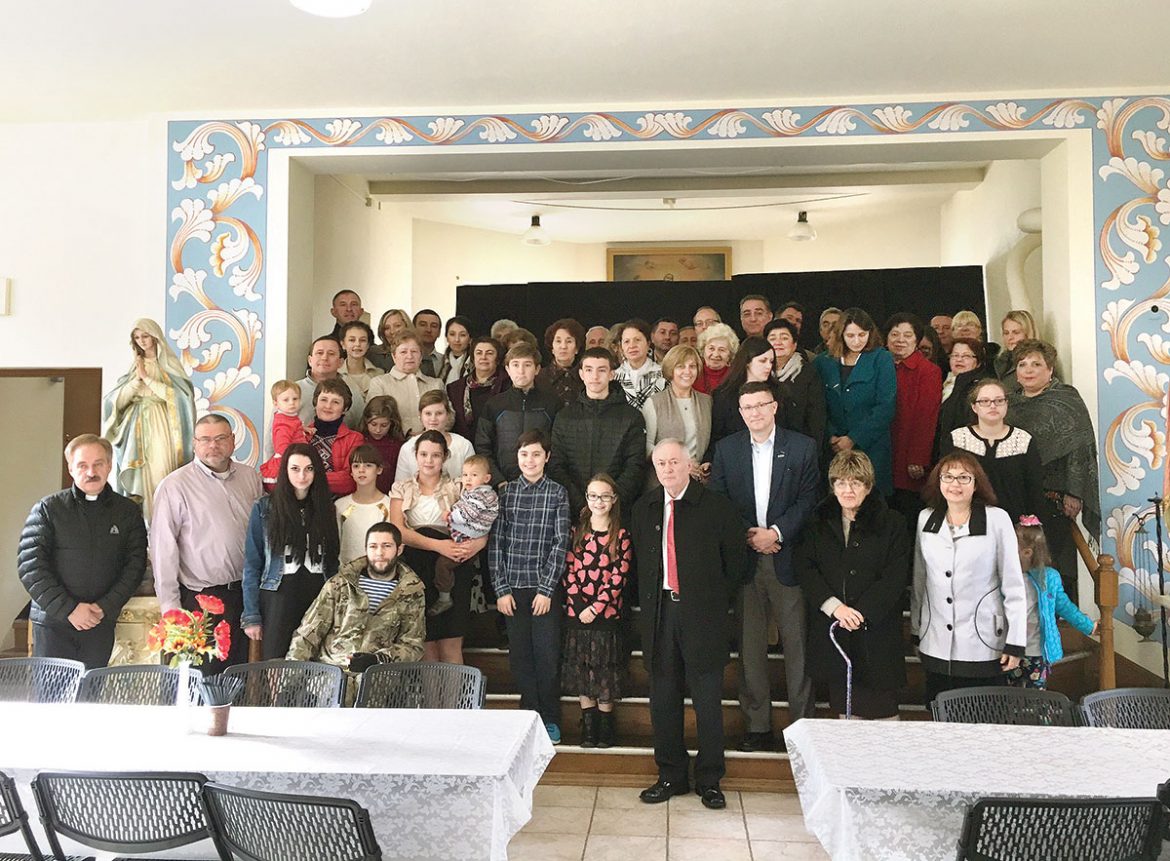 HARTFORD, Conn. – Members of St. Michael Ukrainian Catholic Church in Hartford. Conn., remembered Tymish Melnyk, Ukrainian American community activist (1919-1991), on the 25th anniversary of his passing with liturgies offered in November. In addition to St. Michael Church and its Dibrova choir, Mr. Melnyk was an active member of the Ukrainian National Home, Ukrainian Congress Committee of America, Organization for Defense of Four Freedoms for Ukraine and Ukrainian American Youth Association, all in Hartford, for over 40 years. In addition to local community members, who are seen in the two photos here (each taken after a different liturgy that day), in attendance were Vasyl Govorun and Andriy Melnyk of Ukraine’s armed forces. (The latter will participate in a physical rehabilitation program in California through Revive Ukraine Soldiers.) 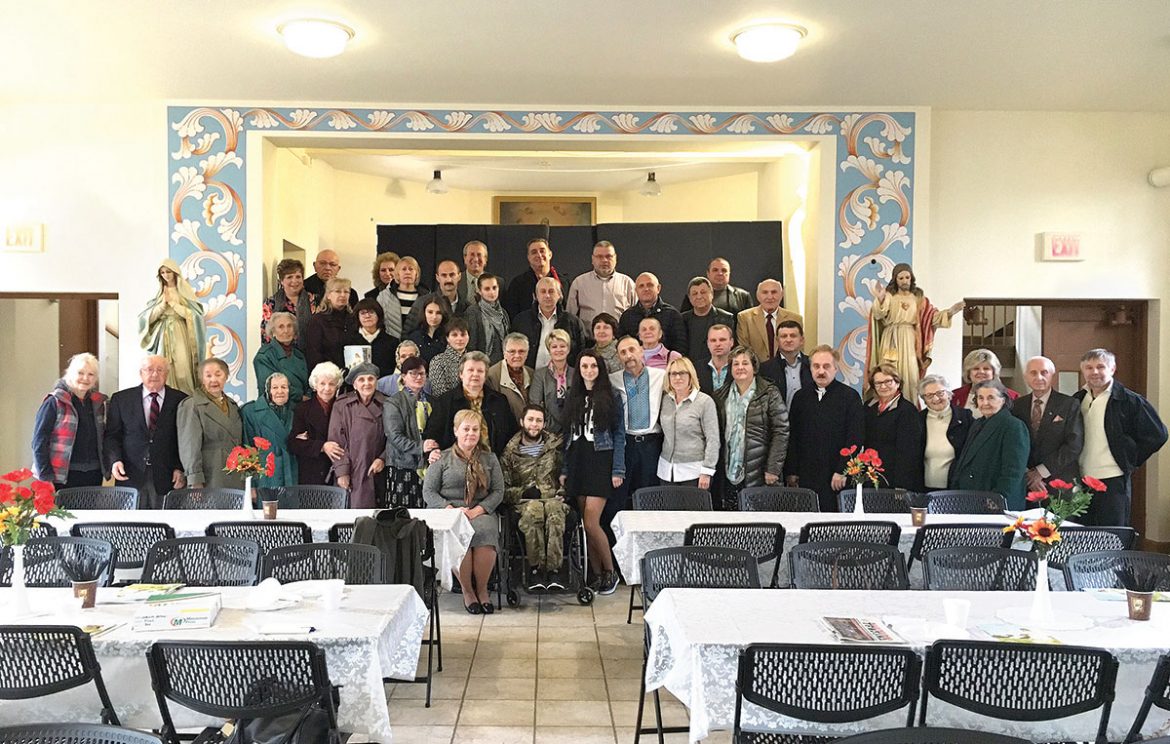