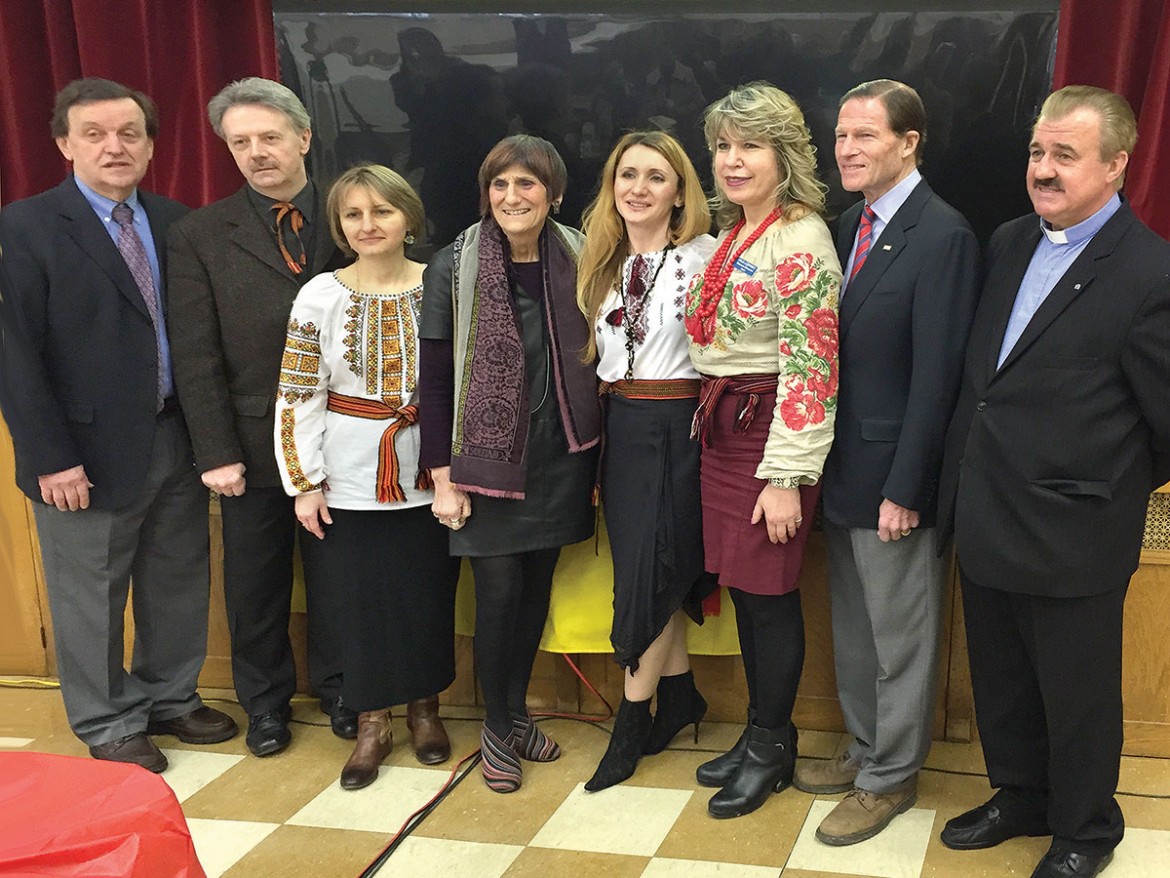 NEW HAVEN, Conn. – A “panakhyda” (memorial service) was said for the Heavenly Brigade on Sunday, March 1, here at St. Michael Ukrainian Catholic Church, after the 10:30 a.m. divine liturgy. February 18-21 marked the tragic anniversary of the most violent Maidan days during which more than 100 peaceful demonstrators – the Heavenly Brigade – were gunned down by snipers in central Kyiv.

Sen. Richard Blumenthal and Rep. Rosa DeLauro, both Democrats representing Connecticut, attended the memorial service and spoke before the program held in the church hall. The senator and congresswoman have always supported Ukrainians and have attended numerous community functions in New Haven and beyond.