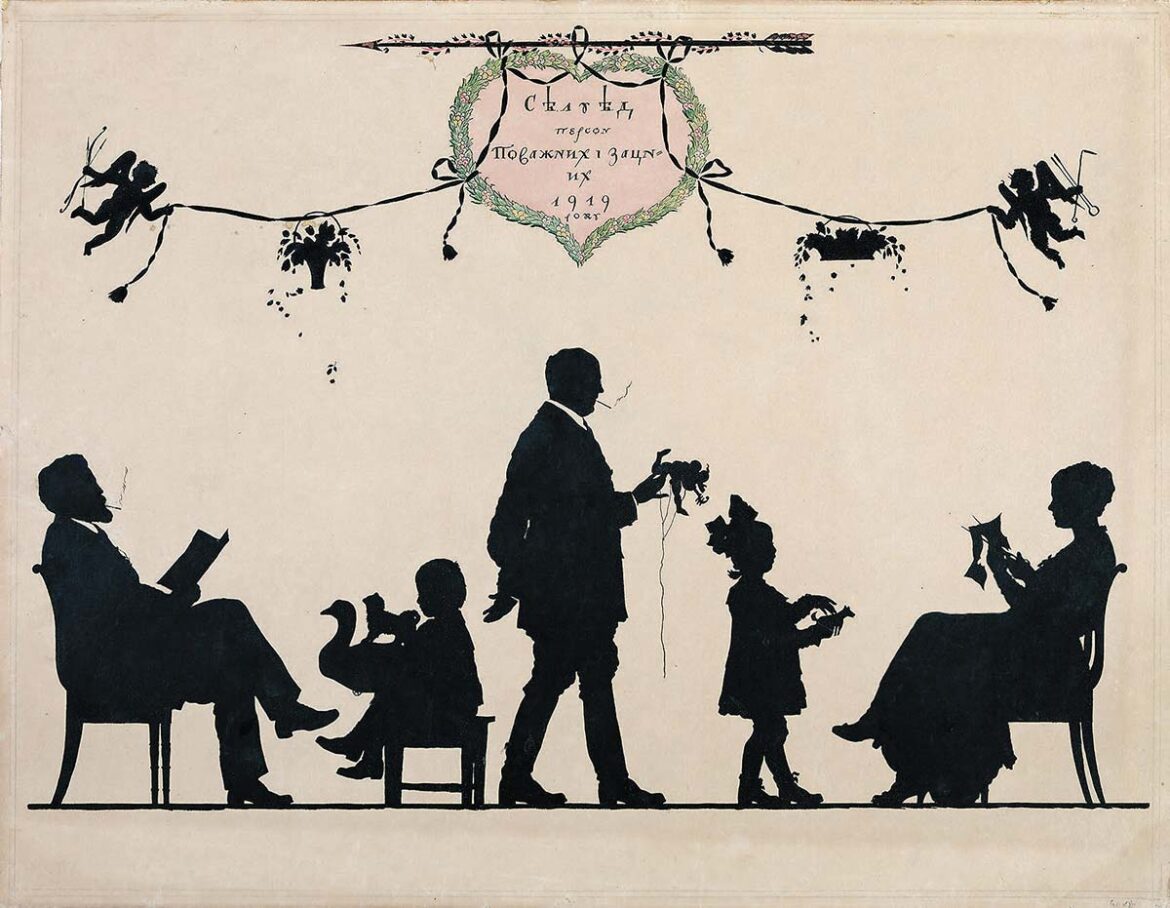 CHICAGO – Ukraine’s country-messaging and country-branding is an important factor in the current environment of disinformation. One of the most effective methods to promote a nation’s positive reputation is through cultural diplomacy. Ukraine’s Ministry of Culture and Ministry of Foreign Affairs established, respectively, the Ukrainian Cultural Foundation and the Ukrainian Institute to increase this type of soft power that influences a country’s reputation. 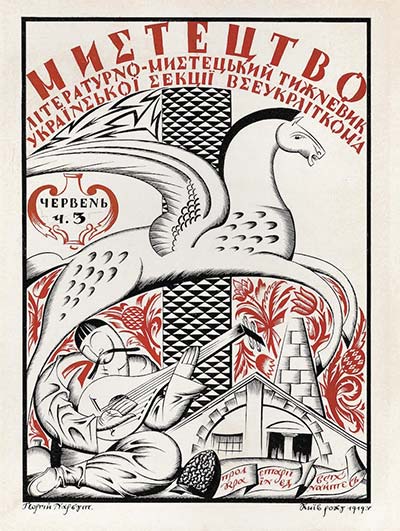 On the 100th anniversary of Heorhii Narbut’s death, the Ukrainian Cultural Foundation (UCF) in Kyiv awarded a grant to Rodovid Press in Ukraine to honor the artist’s contribution to Ukraine through the publication of two books, the production of a film and various promotional activities in Ukraine and abroad.

To mark the centenary of Narbut’s death, a beautifully produced 408-page color monograph titled “Narbut” was published by Rodovid Press. It is a reconstruction of the book of the artist’ works destroyed in 1933 by Soviet authorities. The Ukrainian-language tome was edited by Anastasia Bilousova and Bohdan Zavitii, with a foreword by Serhiy Bilokin and design by Sasha Bychenko.

Both books include beautifully presented illustrations of Narbut’s works. Both are available at https://rodovid.net/category/books/.

As Ukraine promotes its cultural heritage around the globe, the Narbut XXI project includes the partnership of Rodovid and the Ukrainian Institute of Modern Art (UIMA) in Chicago.

The letter “ИI” from the Ukrainian alphabet, 1917. Collection of National Art Museum of Ukraine.

On November 7, the UIMA hosted an event to honor Narbut, the father of Ukrainian branding. The program included personal appearances and talks by curator Dr. Mudrak and publisher Lidia Lykhach, who unveiled Dr. Mudrak’s book in the United States, as well as the screening of the film “Brand Makers” by Nadia Parfan, which features Narbut’s influence on generations of artists and the current brand-makers of Ukraine. (Readers may see a video of the event here: https://uima-chicago.org/the-imaginative-world-of-heorhii-narbut.

Due to health concerns related to the COVID pandemic, the program did not include the exhibit originally planned, space was be limited, masks were required and social distancing was observed. The program was filmed and is available online for everyone’s benefit and enjoyment (https://uima-chicago.org/the-imaginative-world-of-heorhii-narbut).

The dissemination of the artist’s legacy will be promoted in the United States in American media outlets, in the art press and among the artistic community.

Motria Melnyk, president of the UIMA, stated: “It is an honor for UIMA to be chosen as partner in this project. We are learning about the father of Ukrainian graphic art – a Ukrainian patriot who left St. Petersburg at the height of his acclaim and came to Kyiv in 1917 to help build Ukraine’s brand as an independent nation through art.” 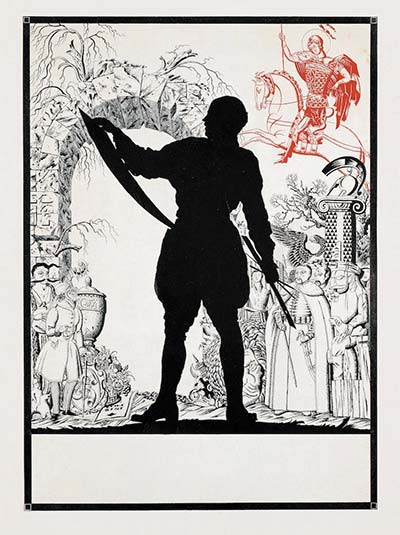 Narbut was the most important Ukrainian graphic designer of the 20th century, and one of the finest graphic artists in the world. His name is fixed in major encyclopedias, on Ukraine’s postage stamps issued in his honor, and in his significant legacy imprinted on Ukraine’s graphic artists to the present time.

Narbut was born in Narbutivka, near Hlukhiv, in 1886. At age 20, he moved to St. Petersburg; in 1917, he moved to Kyiv, where he joined the celebrations when the Ukrainian National Republic was established and declared independence from the Russian Soviet Republic in January 1918. When the Ukrainian Central Rada established the Ukrainian Academy of Arts that same year, Ukraine’s cultural revival was centered in the academy with such renowned figures as Mykhailo Hrushevsky and Dmytro Antonovych, and artists Vasyl and Fedir Krychevsky, Vadym Meller, Mykhailo Boychuk, Oleksandr Murashko, and others. Narbut became a professor and rector at the academy.

Narbut and his significance

Dr. Mudrak, an art historian whose expertise is focused on modernism in Eastern Europe and the former Soviet Union in relation to the philosophical and stylistic developments of the West, wrote: “Together with a new generation of modern Ukrainian graphic designers, Narbut designed the government’s logo and seals, the letterhead for its charters and the government’s official stationery. He also created a line of postage stamps and paper currency that would replace the Russian ruble with Ukrainian karbovantsi.” 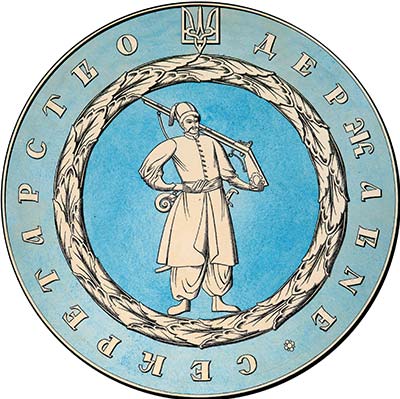 Heorhii Narbut’s design for the seal of the Secretariat of the Ukrainian State (Hetmanate of Pavlo Skoropadsky), 1918. Collection of National Art Museum of Ukraine.

Ms. Lykhach, editor and publisher of Rodovid Press, explained: “The project required special efforts during the unexpected COVID pandemic, when meetings took place online and plans for an exhibition of Narbut’s works had to be changed to online materials and video.” Nevertheless, the team persisted, and the book was published. The album’s presentation in Kyiv took place on October 15, in the magnificent premises of the Sophia of Kyiv National Conservation Area.

Ms. Lykhach believes that Narbut’s influence can be likened to that of Bauhaus, because he created a brand, a recognizable style that has been followed by a school of artists that influenced graphic art in Ukraine to the present day. Even though he studied and worked among artists in St. Petersburg and later in Germany, Narbut wanted to create a stylized brand that was uniquely Ukrainian.

It is remarkable that, after 100 years, his influence is recognized by current promotional firms. Banda, an award-winning marketing and advertising agency, acknowledged the influence of Narbut on its work.

Pavlo Vrzhesch, creative director of Banda, commented: “What I love the most about the works of Narbut is his courage and compelling dynamism. Narbut shows the difference between good and great, between a great talent and a good one. After 100 years, his works are still so cool, … Wow! That is the powerful, dynamic force of art.”

Marta Farion is a board member of the Ukrainian Institute of Modern Art.