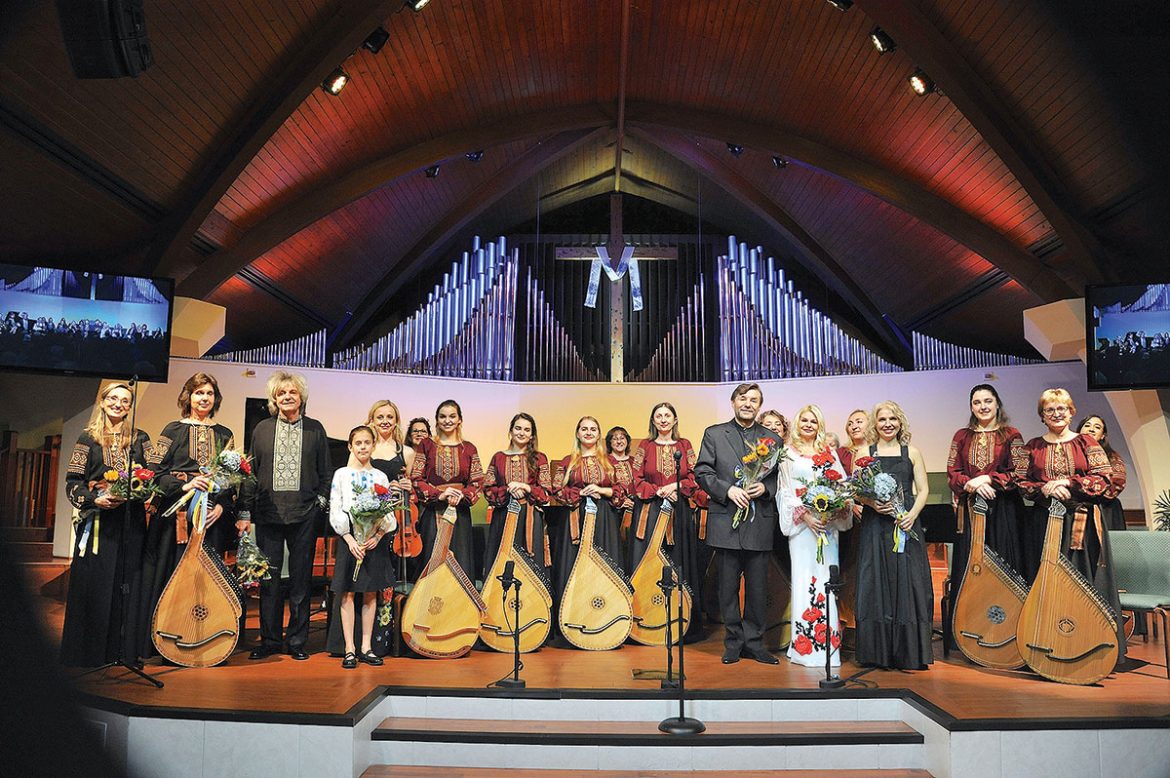 Performers of the Holodomor Commemorative Concert.

VENICE, Fla. – The Holodomor Comme-mor-ative Concert held in Venice, Fla., on November 17 was an artistic tribute to the millions who perished in the Holodomor-Genocide of 1932-1933 in Ukraine on the 85th anniversary of this tragedy.

The concert took place in the beautiful, spacious sanctuary of Venice Presbyterian Church, which can accommodate over 700 people and has great acoustics and visuals. The large cross in the center of the raised platform was draped with an embroidered ritual cloth (rushnyk) and lighted with Ukrainian blue and yellow national colors. Over 420 guests came to hear the performance of renowned Ukrainian artists and the Women’s Bandura Ensemble of North America. 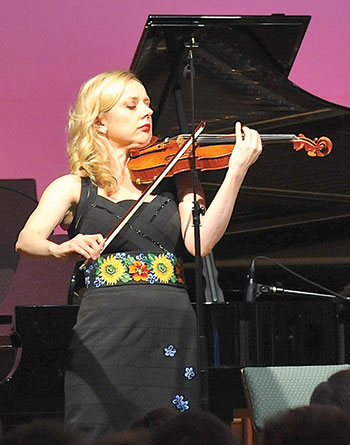 Roman Czajkowsky, chair of the Florida chapter of the U.S. Committee for Ukrainian Holodomor-Genocide Awareness, welcomed the audience and talked briefly about the great tragedy of the Ukrainian people – the man-made famine perpetrated by Joseph Stalin’s regime to eradicate Ukraine’s national identity and its people’s aspirations for freedom and nationhood.

Michael Sawkiw Jr., president of the U.S. Committee for Ukrainian Holodomor-Genocide Awareness, read greetings from Ambassador of Ukraine to the U.S. Valeriy Chaly.

The Women’s Bandura Ensemble of North America, under the direction of Oksana Rodak, opened the concert with the prayer “ “Beneath Thy Mercy” by Dmytro Bortniansky, followed by the song “The Wondering Orphan,” “The Echo of the Steppes” by Hryhory Kytasty and “To My Son,” set to lyrics by Vasyl Symonenko. The music of bandura combined with the beautiful voices of the young women of the ensemble enchanted the audience. 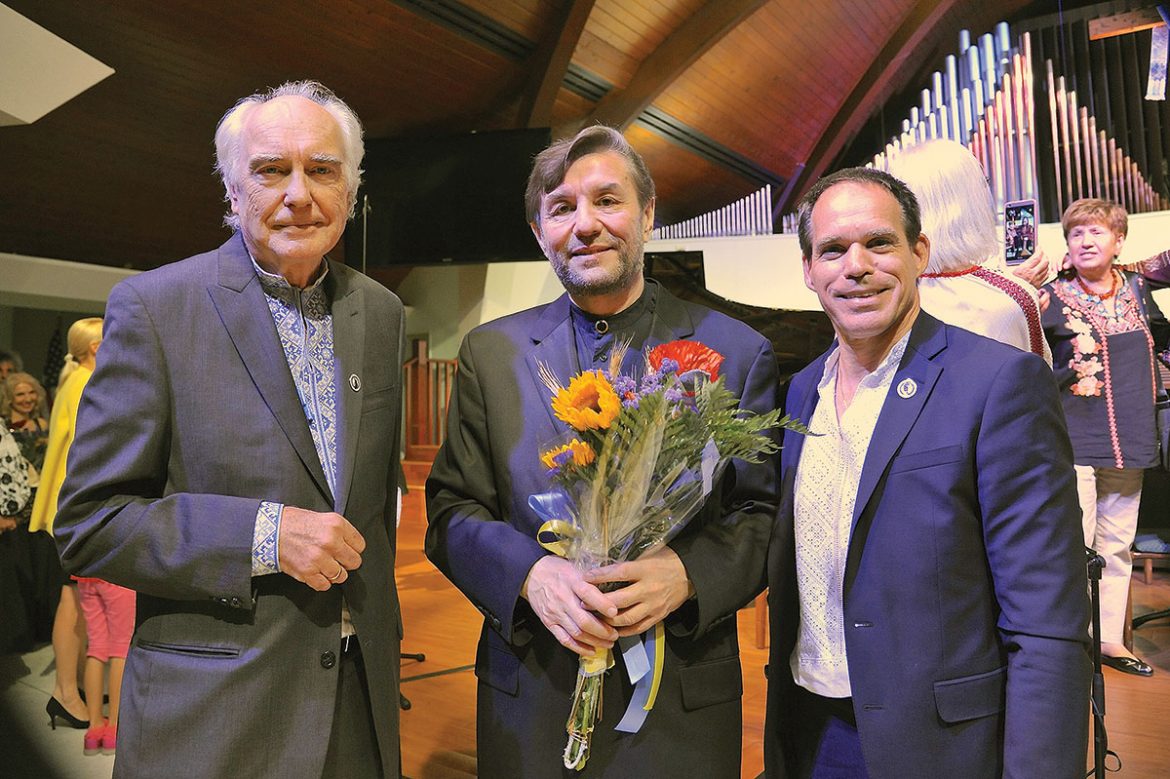 Oleh Chmyr’s beautiful baritone conveyed the sadness and drama of the words in the songs “The Sycamore is Leaning Over the Water” and “The Day Already Seems Gray and Weak.” Two arias from the Skoryk’s opera “Moses” expressed sorrow and devastation. 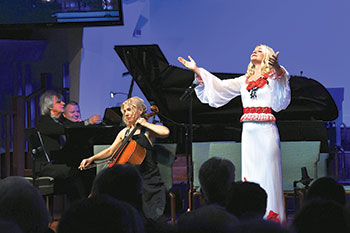 The trio of Volodymyr Vynnytsky, Natalia Khoma and Zoya Rozhok.

Three songs performed by the Women’s Bandura Ensemble under the direction of Oksana Zelinska – “Remind Me, Banduro,” with soloist Teryn Kuzma, “Son, the Ducks are Flying” and “Across the Wide Field” – came at the end of the concert. The powerful “Alleluia” by Leonard Cohen was the finale of the concert.

A standing ovation expressed the deep appreciation of the audience for the beautiful music performed by outstanding artists.

The great success of the concert is the result of hard work and dedication of Neonillia Lechman, Mr. Czajkowsky, Vira Bodnaruk, Anna Macielinski, Alexandra Popel and Katherine Steciuk, as well as members of the Ukrainian American Organizations of Southwest Florida.