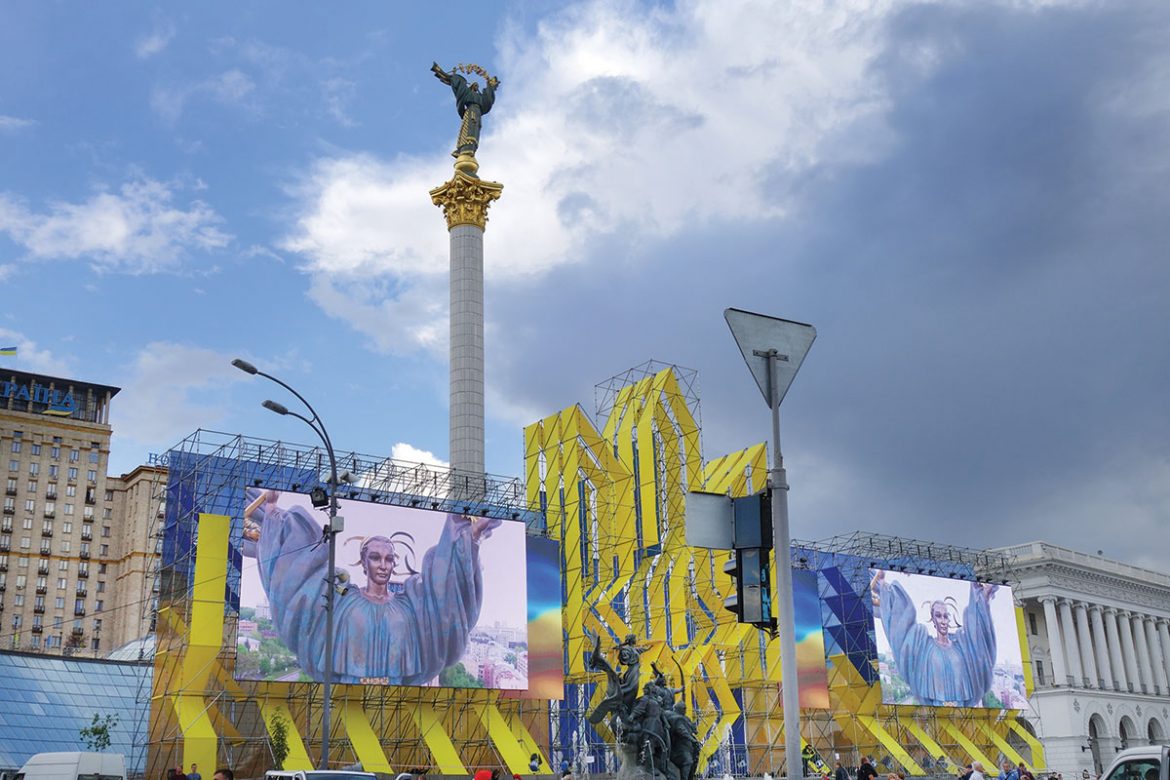 The stage for Ukraine’s 26th Independence Day celebrations is set on Kyiv’s Maidan.

KYIV – Since late July, Pentagon and State Department officials have said plans to arm Ukraine are ready and awaiting White House approval. Ukrainians hold high hopes for U.S. President Donald Trump’s decision, which they say will not only change the situation on the ground, but also send a strong signal to Moscow and give Ukrainian troops a much-needed morale boost.

The arrival of the U.S. special envoy to Ukraine, Kurt Volker, and U.S. Secretary of Defense James Mattis in Kyiv to mark Ukraine’s 26 years of independence has led to speculation that a decision by the White House is imminent.

In the plans devised by U.S. officials, Ukraine would be supplied with defensive lethal weapons. Currently being discussed are Javelin anti-tank missiles and anti-aircraft weapons, according to The Wall Street Journal. Though Ukrainian weapons experts say the latter is unlikely to be required by Ukraine until 2020, the U.S.-made Javelin anti-tank missiles would, they say, serve to immediately relieve Ukrainian forces.

“Javelins would change the balance on the ground very quickly as they can effectively fight the enemy equipment,” said Mikhailo Samus, deputy head of the Center for Army, Conversion and Disarmament Studies. “It would make attacking Ukraine very expensive and might change Russia’s position at Minsk.” 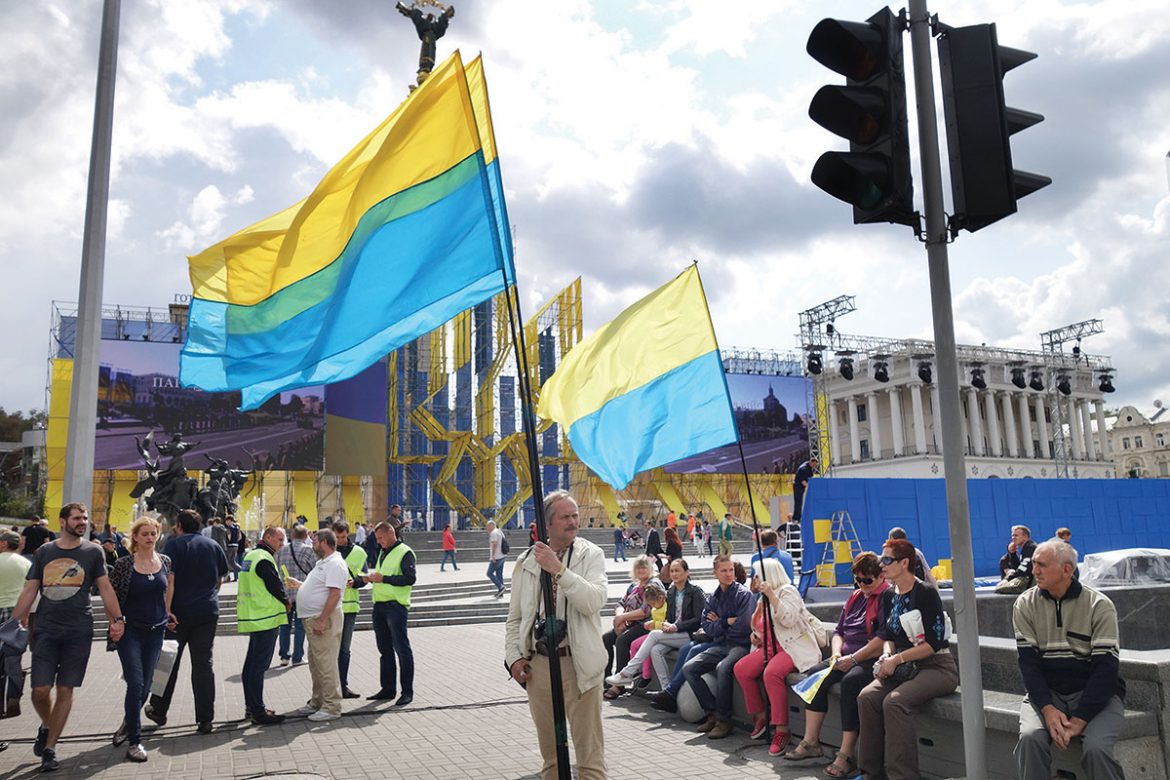 Mr. Volker, a former U.S. ambassador to NATO, is a strong supporter of Ukraine and has a clear position on the sovereignty and integrity of Ukraine, including Crimea, former U.S. Ambassador to Ukraine William Taylor told Ukrainian news channel 112. Ambassador Taylor also said that Secretary Mattis is the most respected member of the Trump administration and that to have both men in Ukraine for Independence Day is a “strong signal.”

It was Ambassador Volker who raised the possibility of arming Ukraine shortly after being appointed as United States special representative for Ukraine negotiations. In a July interview he told the BBC: “I think that argument that it would be provocative to Russia or emboldening of Ukraine is just getting it backwards.”

However, any U.S. weapons, according to The Journal, would be kept back from the frontlines in order to prevent the conflict from escalating.

In response, Kremlin spokesperson Dmitry Peskov said that it views the U.S. proposal as an action that would provoke tension and hamper any resolution.

“Russia will try to paint this as a hostile act from the United States. They will try to equalize the positions of Washington and Moscow… trying to paint both sides as involved, as they have been doing in the past,” said Agnia Grigas, author of “Beyond Crimea: The New Russian Empire” and a senior fellow at Atlantic Council. “However, it is likely to make Russia more measured in their military actions vis-à-vis Ukraine knowing that the U.S. is getting more involved,” she noted in an e-mail to The Weekly.

Ms. Grigas also said that President Trump has “put a lot of stock into improving U.S.-Russia relations” and there is still a degree of resistance to the idea among members of the administration. 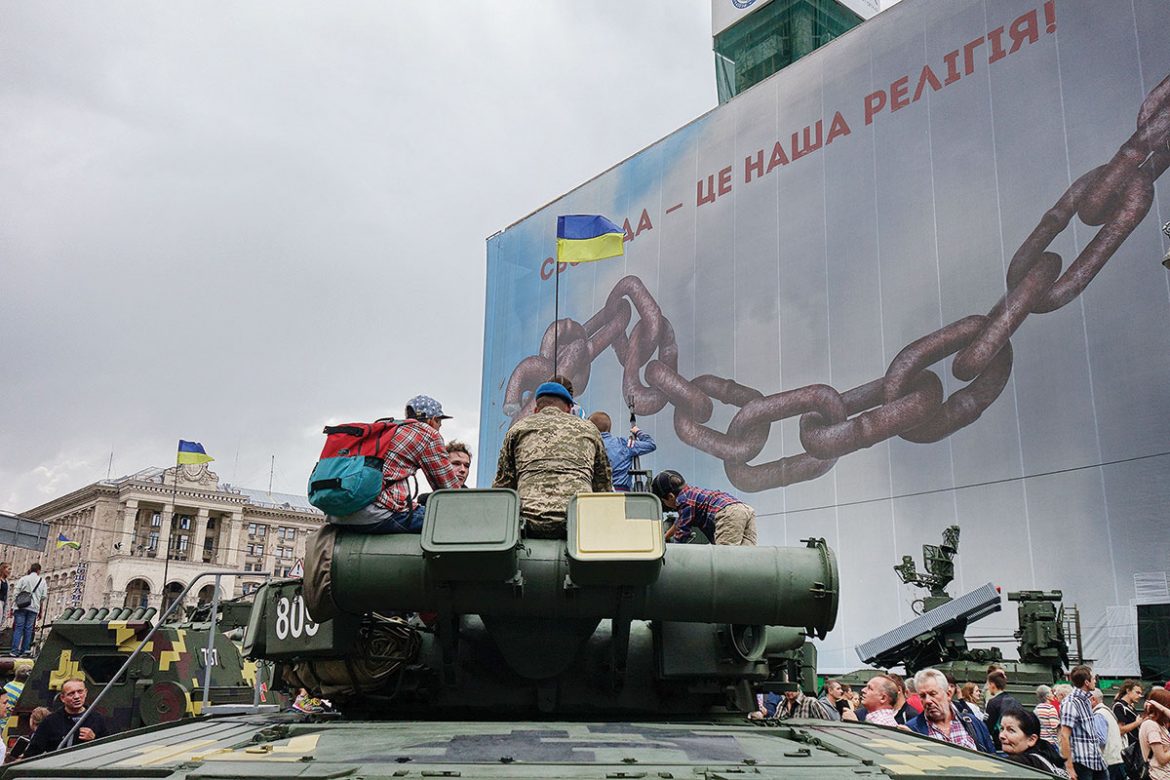 A Ukrainian soldier and a group of young people sit and talk atop a tank on display on Kyiv’s Khreshchatyk on August 23. Behind them, the former Trade Union building is covered with a banner that reads “Freedom is Our Religion.”

The U.S. has annually given Ukraine $300 million in aid as part of its “containment of Russia budget” since the war began, with President Obama raising it to $350 million for 2017 before leaving office. So far, Ukraine has chosen to spend most of the money on training exercises for its troops.

Ahead of Ukraine’s Independence Day, the Ukrainian authorities exhibited the military’s capabilities post-2014 along Kyiv’s Khreshchatyk. There were a dozen new types of armored vehicles on display, most of them manufactured using entirely Ukrainian materials. But aside from one new tank, the other tanks and rocket launchers were renovated Soviet models from the 1970s and 1980s – a reminder of the country’s economic constraints. Ukraine has an annual defense budget of $6 billion, less than a tenth of Russia’s $66 billion and almost one-100th of the United States’ $596 billion.

Either way, Ukraine’s military experts and the exhibition’s attendees seem proud of what Ukraine has managed to achieve in three years. Ukraine has 2,800 tanks and 625 multiple rocket launcher systems. Moreover, the number of active soldiers in Ukraine has risen from 150,000 to 250,000.

The turnout for the exhibition in Kyiv’s city center was a mixture of families with small children, who enjoyed clambering on top and inside the equipment, and former military men, who came to see what had changed.

“The equipment that we’ve seen here should, in principle, be enough to carry out the defensive tasks which Ukraine requires,” said Dmytro Petrenko, a retired officer of the Soviet and Ukrainian army. But Mr. Petrenko said that the Javelins, for example, would help Ukrainian troops.

“Those who took our nuclear arsenal could make a gentlemanly gesture by giving us some Javelins,” said Mr. Petrenko, referring to the 1994 Budapest Memorandum that the U.S. signed guaranteeing Ukraine’s territorial integrity in exchange for nuclear disarmament. “Russia has created an army in eastern Ukraine which has more tanks than most European countries.”

Weapons expert Mr. Samus told The Ukrainian Weekly that what Ukraine needs most is intelligence and radio satellite systems to best use the equipment it already has.

He added that Ukraine needs U.S. help in restoring its navy, and suggested that Ukraine buy and modernize second-hand U.S. warships currently in storage, as Poland did. At present, according to Mr. Samus, Russia can block Ukrainian access to the Black Sea in a matter of hours using advanced air defense systems to create so-called anti-access/area-denial (A2AD) exclusion zones.

“I can see that progress is being made,” said exhibition attendee Ihor Skleryenko, also ex-military, of the equipment. “We’re just a bit unlucky that we have this younger brother who is bigger than us,” Mr. Skleryenko said, referring to Russia. 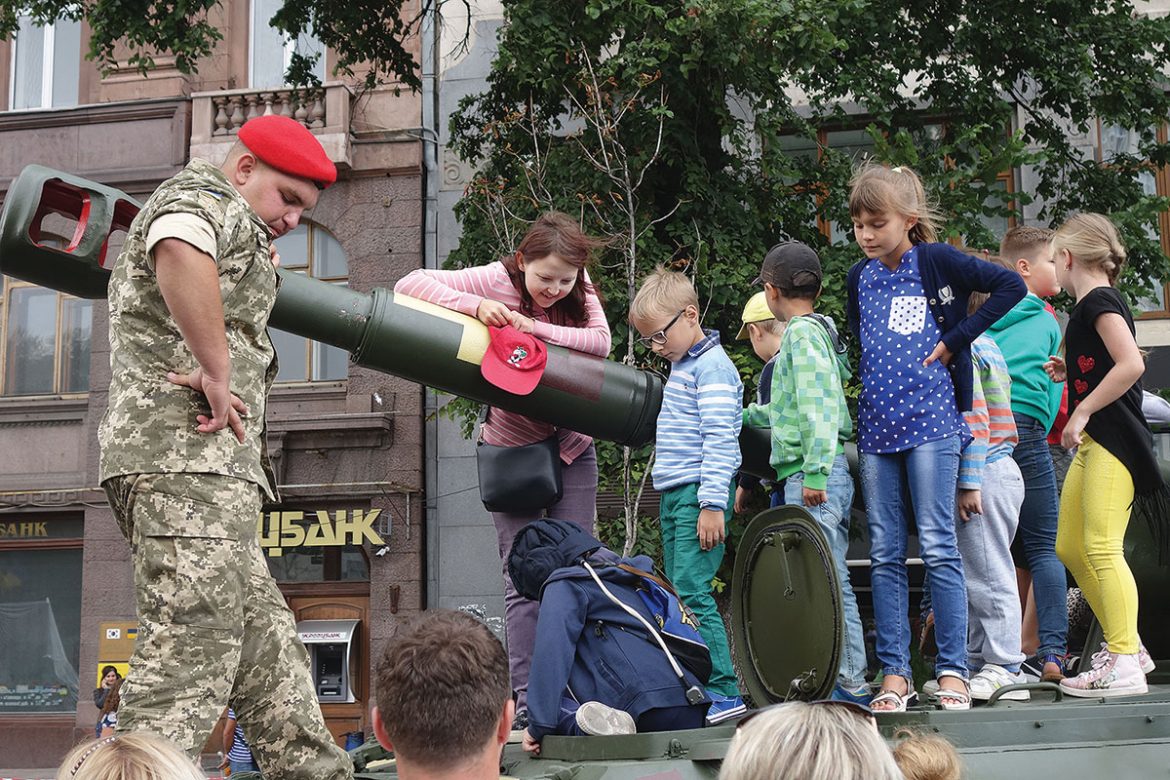 A mother watches her son climb into a tank, while other children await their turn. The tank is on display on the Khreshchatyk as part of an exhibition on how military equipment has developed since the beginning of Russia’s war on Ukraine.