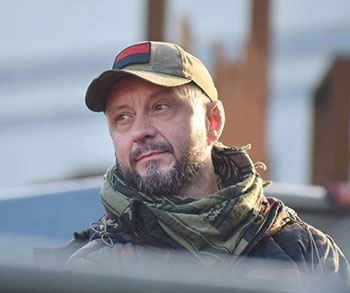 KYIV – After 506 days in jail, the last of the three suspects in the high-profile murder of journalist Pavel Sheremet was released on April 30 and placed under round-the-clock house arrest with an electronic monitoring device.

Upon hearing the judge partly grant his defense motion in a Kyiv court, Andriy Antonenko, 49, said the first emotion he felt was of denial.

“I was perplexed…at first, I didn’t believe they were going to release me,” he told The Ukrainian Weekly in an exclusive interview conducted over the phone on May 5.
Mr. Antonenko, who had been in pre-trial detention since December 2019, said he wasn’t satisfied that the case against him wasn’t closed “because the real issue here is it’s all a fabrication – they should’ve thrown the case out because my guilt has never been proven beyond a reasonable doubt,” he said in reference to Belarus-born Russian citizen Pavel Sheremet who was killed in a car explosion in the early morning hours of July 20, 2016.
At the time of his murder, Mr. Sheremet was employed at Radio Vesti and as a columnist for the online Ukrainian news source Ukrayinska Pravda. In his work he criticized the authorities in Ukraine, Belarus and Russia.

His murder, which Internal Affairs Minister Arseniy Avakov has attributed to his professional work, was a reminder of the environment of impunity for attacks on activists and journalists who challenge vested interests and people of power in Ukraine.

Besides Mr. Antonenko, Yulia Kuzmenko and Yana Duhar were named as suspects, all of whom have a connection to the war in eastern Ukraine where Russian-led forces have occupied certain parts of the Luhansk and Donetsk regions since April 2014.

A trial date has not yet been set since prosecutors have said additional evidence is needed – the case currently includes 38 volumes of evidence, most of which is filled with files of forensic test results.

The manner in which the names of the defendants was announced has been criticized by rights groups and Mr. Antonenko.

“It was a gross violation of the principle of presumption of innocence,” he said.
At the conference, Yevhen Koval, then chief of the criminal police force, said the motive for killing the journalist was to “destabilize the situation in the country by killing a famous person.”

Mr. Antonenko, a former special operation forces officer, reiterated his innocence in the interview, saying he was 1.5 kilometers (almost 1 mile) away from where the journalist was killed and that he wasn’t “the male figure shown in the video [released by police]” who allegedly planted a bomb together with a woman in the vehicle Mr. Sheremet was using.

Police suspect Ms. Kuzmenko, a pediatric surgeon in Kyiv who volunteered her services in the war, of taking part in planting the explosive device. Ms. Duhar allegedly conducted surveillance of the area where the car exploded in a downtown section of Kyiv.
They all deny the allegations.

“I’m not involved at all [in the murder],” Mr. Antonenko said.

Ms. Kuzmenko was released from pre-trial detention and placed under house arrest in August 2020. Ms. Duhar has been free on her own recognizance since May 2020 after posting bail and an electronic monitoring device was removed two months later.

On the night before his murder, Mr. Sheremet met in front of his residence with a group of six members of the Azov Battalion, which is a unit of the National Guard. He was often in contact with Belarusian members of the unit. Days before the murder, the slain journalist had flown to Moscow where he often met former Tax and Duties Minister Olesksandr Klymenko, who at the time was considered the beneficiary owner of Radio Vesti. 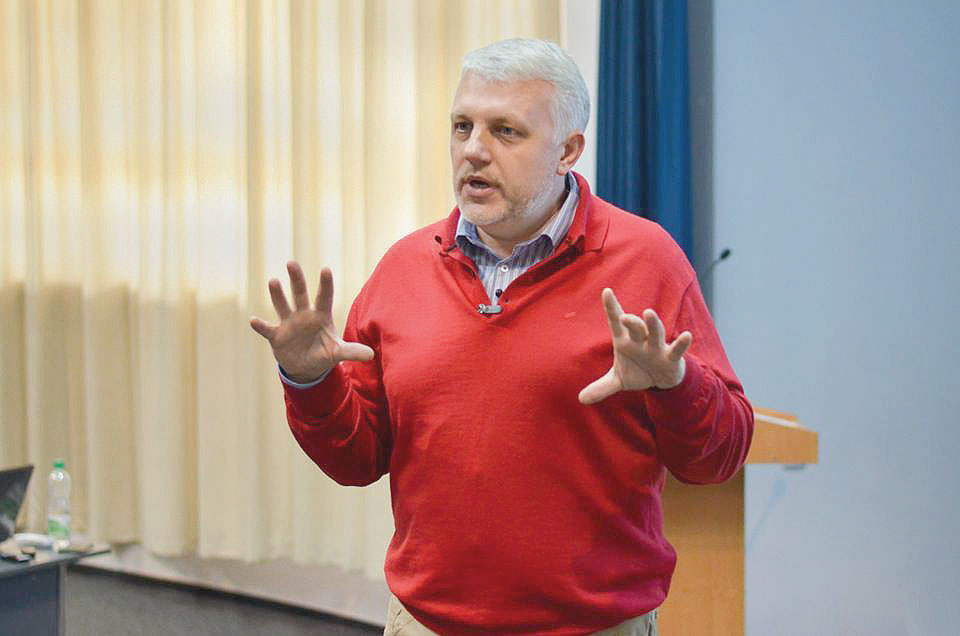 The one-hour-long recording from 2012 shows a voice similar to Mr. Zaitsev saying: “We’ll plant [a bomb] and so on and this [expletive] rat will be taken down into [expletive] pieces – legs in one direction, arms in the other direction. If everything [looks like] natural causes, it won’t get into people’s minds the same way.”

The Council of Europe, the European Union’s main human rights body, on April 28 specifically mentioned the Sheremet murder case in its yearly report on the safety and protection of journalists.

“Finally, in light of new evidence of the Belarusian KGB’s possible involvement in the murder of Pavel Sheremet, we urge the Ukrainian authorities to undertake a fresh investigation into the circumstances surrounding his murder,” the report said.

Since 2015, the report said 60 instances have been registered “of threats to the security or activities of journalists in Ukraine.”

If found innocent, Mr. Antoneno is eligible to receive monetary compensation from the state, Justice Minister Denys Malyuska said during a televised news talk show on May 1.

“Yes, of course…Compensation may be paid for the entire time he is kept in the remand center…there are appropriate procedural guarantees,” he said.

The Kyiv Shevchenko District Court on August 25 ruled that the murder case will be tried by a jury, a relatively new concept in Ukrainian jurisprudence.