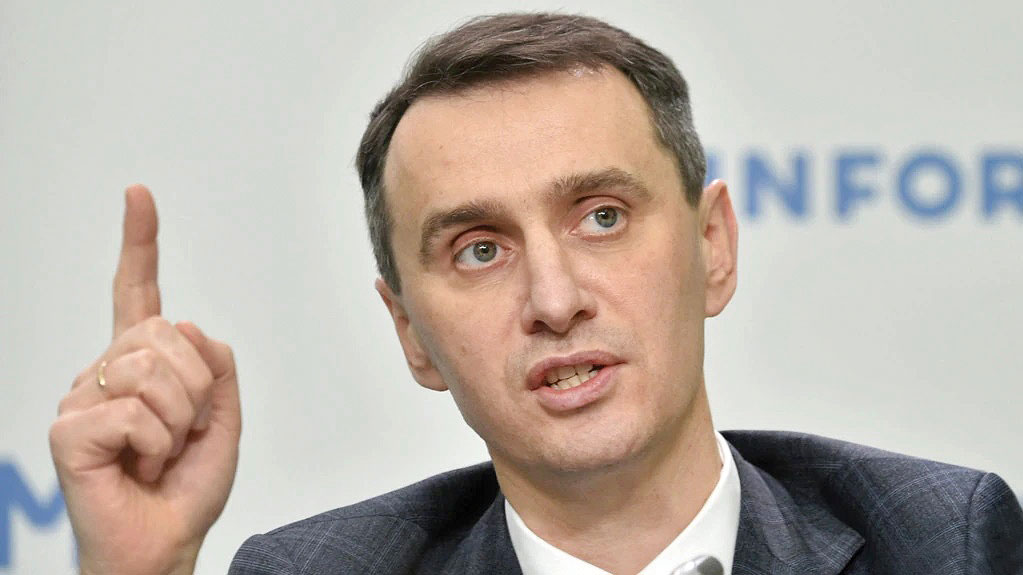 Viktor Lyashko was named Ukraine’s new health minister on May 20.

Viktor Lyashko was named Ukraine’s new health minister on May 20.

KYIV – In the latest shakeup of the government here, the Verkhovna Rada on May 18 fired Ukraine’s Minister of Health Mak­sym Stepanov, while two other ministers were forced to resign. Parliament voted to approve each of the moves, with more than 280 deputies voting in favor of the reshuffling out of 226 needed.

Mr. Stepanov visited the office of Ukrainian President Volodymyr Zelenskyy on May 14, where he was given the option of writing his own resignation letter. Before he did, Prime Minister Denys Shmyhal asked parliament that same day to fire Mr. Stepanov. The Rada took up Mr. Shmyhal’s request and voted 292-1 to fire the health minister on May 18.
Mr. Stepanov, who was appointed to the position on March 30, 2020, was the third health minister under Mr. Zelenskyy’s presidency to be relieved of the post. Zoryana Skaletska and Illya Yemets also previously served in the position.

The Cabinet shakeup also included Vladyslav Krykliy, who headed Ukraine’s Ministry of Infrastructure for more than a year and a half. Mr. Krykliy submitted his letter of resignation on May 14. Four days later, 284 deputies in parliament voted to accept his resignation.

Additionally, Ukraine’s minister of economic development, trade, and agriculture, Ihor Petrashko, also submitted his letter of resignation on May 14. The Verkhovna Rada approved the resignation on May 18 with 280 deputies voting to approve the move. Mr. Petrashko had served in the position for 14 months.

Before the vote, Roksolana Pidlasa, deputy chair of the Verkhovna Rada’s economic development committee, said that the committee did not support Mr. Petrashko’s dismissal. She recommended that the issue be decided by a vote of the full Rada.

Reporting on the resignation of infrastructure minister, the head of the parliament’s transport committee, Yuriy Kisel, announced the decision to recommend Mr. Krykliy’s dismissal. He also thanked the minister for cooperating with the committee and making important decisions that benefited the country’s transportation sector.

In a speech before the Rada voted to dismiss him, Mr. Stepanov acknowledged that the pace of the country’s vaccination efforts were unsatisfactory, though he also blamed the issue on people who have refused to take the vaccine in Ukraine.

He said that his team did everything possible to provide vaccines in the country, but he noted that “vaccination failure has occurred worldwide,” and he characterized the global COVID-19 vaccination effort “a vignette of force majeure, politics, and outright piracy.”

Prior to the vote that ousted him, Mr. Stepanov said had a clear plan on how to completely overcome the pandemic and build an effective Ukrainian vaccination program.

“Time and your support,” he told members of parliament.

The chairman of parliament’s health committee, Mykhailo Radutskyy, said that the committee, at its meeting on May 17, agreed that members of parliament should decide for themselves whether to remove Mr. Stepanov, which they did the following day.

The Batkivshchyna (“Fatherland”) faction strongly opposed Mr. Stepanov and its members left the Rada hall and did not participate in the vote. Its leader, Yulia Tymoshenko, said the move was a “show of protection of the good tsar [referring to Mr. Zelenskyy] and destruction of bad boyars [referring to Mr. Stepanov].”

In a speech to members of parliament prior to his resignation, Mr. Petrashko called the stabilization of the economy in the conditions of the COVID-19 crisis the main achievement of his ministry during the year.

“For the first time in history, we have gone through a crisis without drastic shocks – in a stable exchange rate environment and with a simultaneous rise in both the minimum and average wages,” Mr. Petrashko said.

“The increase in wages was justified. It contributed to GDP growth of 0.2 percent in annual terms and increased consumer demand,” Mr. Petrashko said, answering questions from members of parliament.

“A new program on partial unemployment was initiated. Thus, 500,000 jobs were saved and more than 800,000 people were employed this year. We managed to stop the rise of unemployment,” Mr. Pet­rashko said.

However, members of parliament criticized Mr. Petrashko primarily because of the state’s regulation of fuel prices, a deteriorating investment climate in the country, and losses of approximately $692 million at Naftogaz.

The Holos faction said it would not support the appointment of new ministers of health or economy, according to the faction’s head, Yaroslav Zheleznyak.

“The proposed candidates can be discussed,” Mr. Zheleznyak said. “But, for example, Viktor Lyashko as deputy health minister is also partly responsible for the ministry’s failures in the year of the pandemic. The Holos faction, as the opposition, will not vote for these appointments.”

Despite the opposition, the Verkhovna Rada voted on May 20 to approve both Messrs. Lyashko and Lyubchenko to the positions of minister of health and minister of economic development, trade and agriculture, respectively.