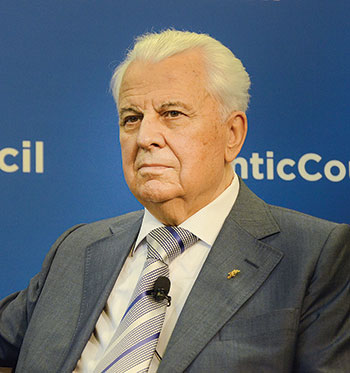 Ukraine’s first president, Leonid Kravchuk, discusses the successes and challenges experienced in Ukraine and other countries after the collapse of the USSR.

WASHINGTON – Leonid Kravchuk, the first president of the independent Ukrainian state established 25 years ago after the break-up of the Soviet Union, came to the U.S. capital last weekend to discuss that historic event, how it has progressed since then and what can be expected in the future.

“I can give you a lot of examples of mistakes that were made, but Ukraine lives on,” he told a large gathering on November 18 at the Atlantic Council that came to hear him, and two other post-Soviet leaders – the first president of Belarus, Stanislau Shushkevich, and the first deputy prime minister of Russia, Gennady Burbulis – discuss the “Soviet dissolution, the birth of nations and the successes and challenges 25 years later.”

Despite the many challenges it has been receiving from Russia, Mr. Kravchuk stressed that “Ukraine is growing and doing so in a democratic way, in a European way, and now Ukraine cannot be pushed off this path.”

Not unexpectedly, the issue that came up most often during the discussion was the Russian annexation of Ukraine’s Crimean peninsula.

“The question of Crimea is very painful for Ukraine. And the idea that Crimea has always been Russia is an illusion,” Mr. Kravchuk said, pointing out that until 1789 Crimea was a part of the Ottoman Empire. “So the question of who Crimea has historically belonged to is not so easily answered.”

He pointed out that today’s world is based on a few “great principles: sovereignty, territorial integrity and untouchable borders.” Those principles – of which the United States is considered to be a major guardian – must be adhered to if the world is to remain that way, he added.

“And we know that if somebody attacks Ukraine, the world will support Ukraine – first of all the United States, the leading example of democracy in this world,” Mr. Kravchuk said.

“I cannot fathom the world reaction if the president of the United States is going to recognize the annexation of Crimea,” Mr. Kravchuk said. “Neither can I fathom some of the reported statements that Trump made during the election campaign.” He noted, however, that Mr. Trump did not make those comments as president, adding that he understands that being a president in the White House changes the way a candidate may have thought about an issue before being elected. 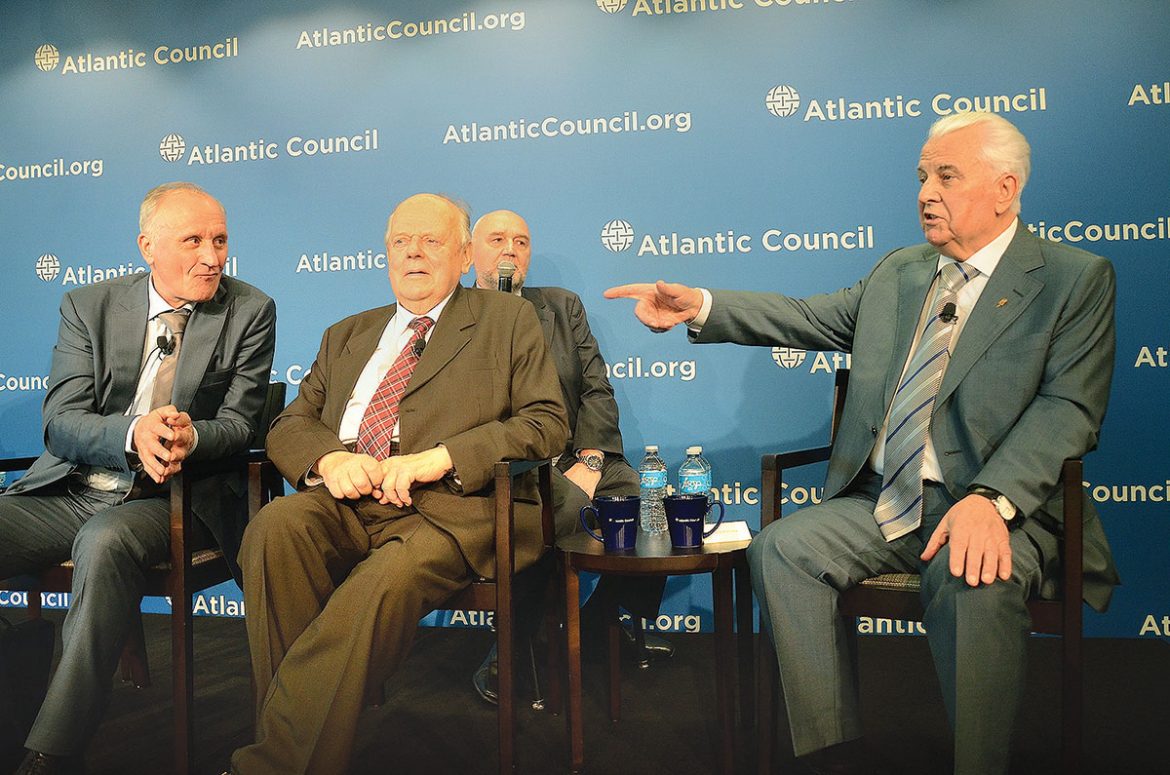 Ukraine’s first president after the dissolution of the Soviet Union, Leonid Kravchuk (right), analyzes the country’s conflicts along its border with Russia and Moscow’s annexation of Crimea during a panel discussion at the Atlantic Council with two other post-Soviet leaders, Russia’s first deputy prime minister Gennady Burbulis (left) and the first Belarusian president Stanislau Shushkevich (center).

“If he expresses it after his January 20 inauguration, then I will express my far negative reaction,” Mr. Kravchuk said.

“We acknowledge the power of the leading nations, but acknowledging that power is not the same as giving in to it,” modern-day Ukraine’s first president said.

Mr. Kravchuk also had a meeting, discussion and a reception with Ambassador Valeriy Chaly and representatives of the Washington-area Ukrainian American community at the Embassy of Ukraine.

While serving as Ukraine’s president from December 1991 to July 1994, Mr. Kravchuk was also the first Ukrainian president to visit the United States. He met with President Bill Clinton at the White House in March of 1994.