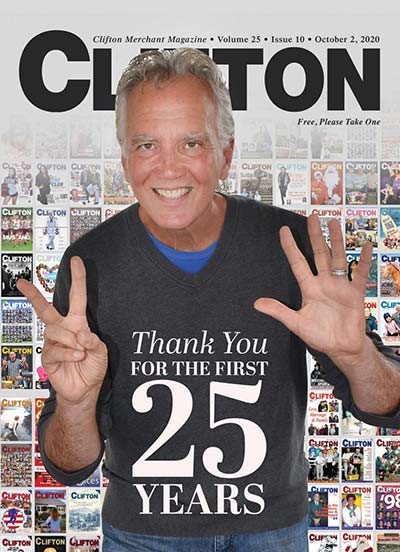 While the magazine began in October 1995, it is predated by Tomahawk Promotions. Tomahawk (short for Thomas Andrew Hawrylko Sr.) began in March 1990 by doing public relations, advertorial writing, fund-raising and advertising for regional and local clients.

Until 1989, Mr. Hawrylko was marketing director for Ingersoll Publishing, which became the Journal Register Company. The firm owned 27 daily newspapers and over 200 weekly publications. But in 1989, as income from classified ads went to the Internet, the newspaper industry bled revenue. As a result, the father of three was unemployed.

“On day one, I started calling all of the newspaper people I knew,” said Mr. Hawrylko. “I hustled. All of a sudden, newspapers started hiring me for project work.”

After rejecting a job offer from the Herald & News (Passaic, N.J.) in early 1990, and already with a handful of clients, Mr. Hawrylko became an entrepreneur. “Some of my bigger clients were The Star-Ledger and The Jersey Journal,” he recalled. “I did circulation promotions, marketing and advertorial writing for them.”

Today the 16,000 copies of Clifton Merchant Magazine are published and distributed the first Friday of every month. Typically 80 to 100 pages are filled with original and well-written stories matched with sharp photos of Clifton people and businesses.

“Clifton Merchant Magazine keeps our community connected,” said Mr. Hawrylko. Now 63, he grew up in Perth Amboy and moved to Clifton in 1980 after serving in the U.S. Navy. He belongs to Ukrainian Assumption Church of the Blessed Virgin Mary in Perth Amboy, N.J., and St. Nicholas Ukrainian Catholic Church in Passaic, as well as the Ukrainian National Association, Branch 25.

Readers may see the magazine at cliftonmagazine.com.