BERKELEY, Calif. – At its annual convention in early November, the American Musicological Society awarded the prestigious Lewis Lockwood Award to Dr. Maria Sonevytsky for her book “Wild Music: Sound and Sovereignty in Ukraine,” published in October 2019 by Wesleyan University Press as part of its Music/Culture series. 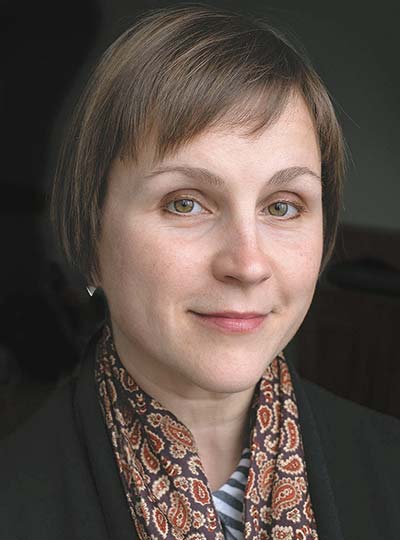 The Lockwood Award “honors each year a musicological book of exceptional merit published during the previous year in any language and in any country by a scholar in the early stages of his or her career who is a member of the AMS or a citizen or permanent resident of Canada or the United States.” Dr. Sonevytsky is currently an assistant professor of music (ethnomusicology) at the University of California, Berkeley.

In “Wild Music,” Dr. Sonevytsky addresses the question: what are the uses of musical exoticism? She tracks the idea of “wildness” as expressed in popular music during the volatile decade of Ukrainian political history bracketed by the Orange Revolution and Revolution of Dignity, and includes analyses of music ranging from the Eurovision Song Contest to reality TV, from Indigenous radio to the revolution stage. In the course of the book, she features artists as diverse as Ruslana, Odosia Plytka-Sorokhan, Drevo, the Dakh Daughters, Dakha Brakha, with musicians and ensembles from Hutsulshchyna to Crimea to Kyiv. Dr. Sonevytsky assesses how all of these practices have exhibited and re-imagined Ukrainian tradition and culture. 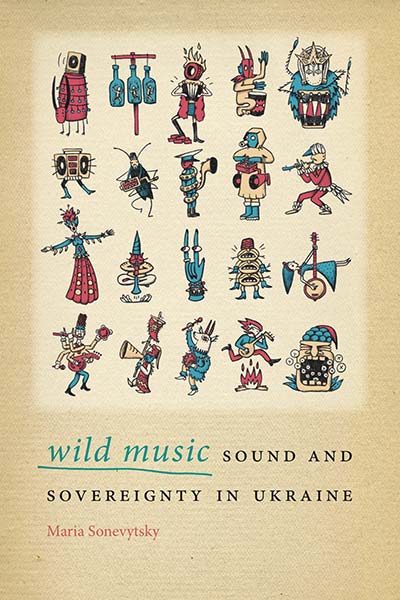 Rather than merely showcase Ukrainian music and musicians, the book ponders deeper, global questions. In her preface, Dr. Sonevytsky reflects on how the events of 2013-2014 forced her to confront fundamental assumptions about her research: “As Crimean Tatars were ordered to trade in their Ukrainian passports for Russian ones, as Hutsuls became newly caricatured by Russian media as part of a rabid neo-fascist takeover of Ukraine, as the Russian state vowed to defend its Russian-speaking compatriots abroad, I could no longer take the legitimacy of state for granted.”

The investment of her artist-interlocutors in the project of Ukrainian statehood therefore becomes a central question that she examines through musical practices. Furthermore, as the rise of populism in recent years forces us to confront the very concept of state sovereignty anew, Dr. Sonevytsky proposes innovative paradigms for thinking through the creative practices that constitute sovereignty, citizenship and nationalism.

Leading scholars have praised “Wild Music” as “vivid” and “powerful.” “Post-Soviet Ukraine emerges in this beautiful and original book as a place of a vibrant musical and sonic culture,” noted Alexei Yurchak, author of “Everything Was Forever, Until It Was No More: The Last Soviet Generation.” The pre-eminent musicologist Richard Taruskin, winner of a MacArthur Genius Award and the Kyoto Prize, comments that “Wild Music” is “perceptive, incisively written, and an enjoyable read, even funny at times.”

Dr. Sonevytsky grew up in Yonkers, N.Y., and later Arlington, Va., in a highly musical family. Her uncle Ihor Sonevytsky was a noted composer, pianist and musicologist, who founded the Grazhda Music and Art Center of Greene County with his wife, Natalia Sonevytsky. Her father, Rostyslav Sonevytsky, was an accomplished pianist who practiced daily before leaving for work. After attending Barnard College, she received her Ph.D. in ethnomusicology from Columbia University in 2012, held post-doctoral fellowships at the University of Toronto and Harvard University, and worked as an assistant professor of music at Bard College (2014-2018). She then joined the music faculty of the University of California, Berkeley in 2018, after a highly competitive international search. UC Berkeley is consistently ranked as one of the very top ethnomusicology programs in the world.

Dr. Sonevytsky’s research topics include the legacy of Soviet cultural policies on music after socialism, folklore and nuclear experience after Chornobyl, Soviet constructions of childhood and the role of expressive culture in disciplining Soviet citizens, and the gray zones occupied by late Soviet punk culture.

In addition to her scholarly work, Dr. Sonevytsky has performed in a variety of musical and theatrical projects. She produced and sang on an album for Smith­sonian Folkways called “The Chornobyl Songs Project” (2015), in collaboration with Prof. Yevhen Yefremov (Kyiv Academy of Music), the Center for Traditional Music and Dance, and the Yara Arts Group. “Wild Music” (2019) is her first book. She is currently developing two new book-length projects: the first, for Bloomsbury’s 33 1/3: Europe series, on Vopli Vidopliassova’s “Tantsi”; the second, a study of Soviet children’s music.

The recognition Dr. Sonevytsky received through the Lockwood Award, while significant to her personally, is also highly noteworthy to Ukraine and the Ukrainian diaspora as a whole. She is the first Ukrainian American to receive an honor of this magnitude from the American Musicological Association. This is the first time that Ukraine has received critical attention from the AMS. Dr. Sonevytsky’s accomplishment is also remarkable in that the award is typically granted for research in Western European symphonic or operatic repertoires. Some of the past winners have covered topics such as Viennese music in the time of Schoenberg, Puccini operas, music of the French court in the 16th century, monastic music in 11th century Italy. The two exceptions to date have been awards to authors writing about Javanese gamelan and African-American jazz. This is the first time that Eastern European vernacular music has been given a spotlight by the AMS.

In a year that drew American media attention to Ukraine through the Netflix series “Chernobyl,” the film “Mr. Jones” about the Holodomor and the U.S. impeachment hearings, this book and the 2020 Lewis Lockwood Award leave an alternate impression: a richly sonic representation of Ukraine and its culture.