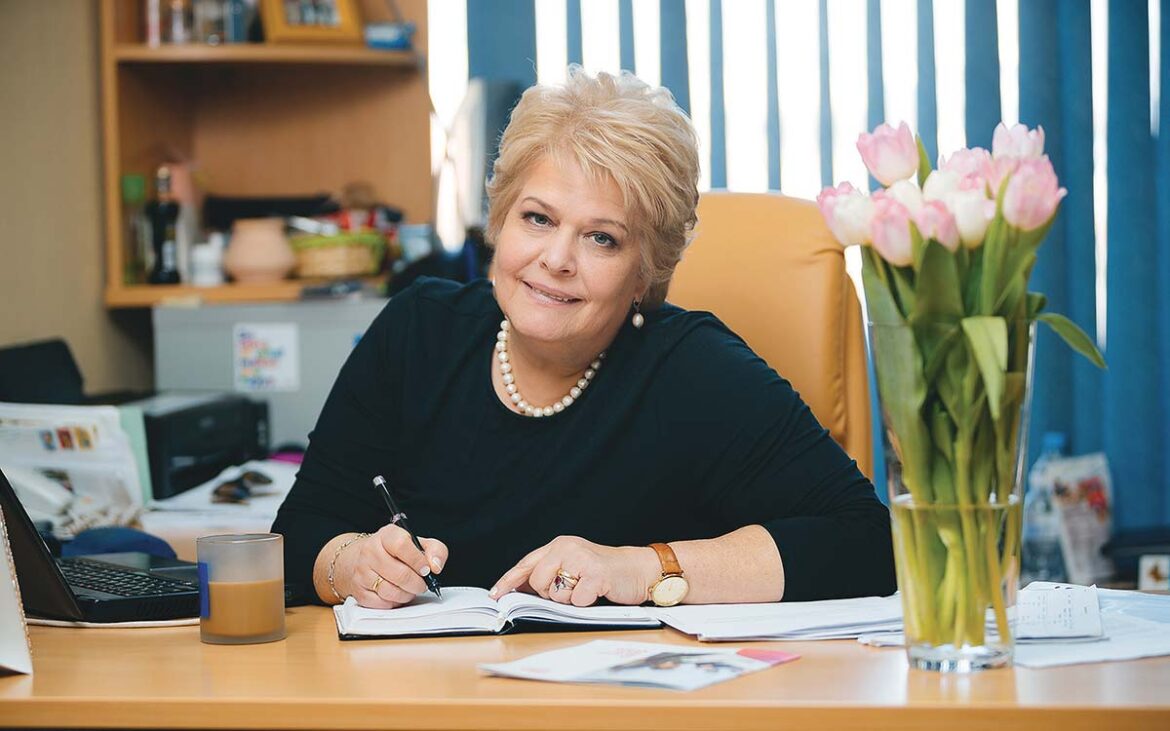 PARSIPPANY, N.J. – Marta Kolomayets, a former member of the editorial staff of The Ukrainian Weekly whose accomplishments include opening the newspaper’s Kyiv Press Bureau, died on August 16 in the Ukrainian capital. She was 61.

Since January 2013, Ms. Kolomayets had been the director of the Fulbright program’s office in Ukraine.

Ms. Kolomayets was born in Chicago on April 6, 1959. She completed her B.A. in English (1980) at the University of Illinois at Chicago and earned a master’s degree in journalism (1981) from the University of Illinois at Urbana-Champaign. She was an active member of Plast Ukrainian Scouting Organization, a Plast scoutmaster and a member of the Plast sorority Pershi Stezhi.

She joined the staff of The Ukrainian Weekly, one of two newspapers published by the Ukrainian National Association (UNA), in January 1982 as an editorial assistant and soon was promoted to assistant editor. In 1984, she left her job at The Weekly to take a position at a trade publication in New York City, but she returned to The Weekly in February 1988, becoming associate editor. 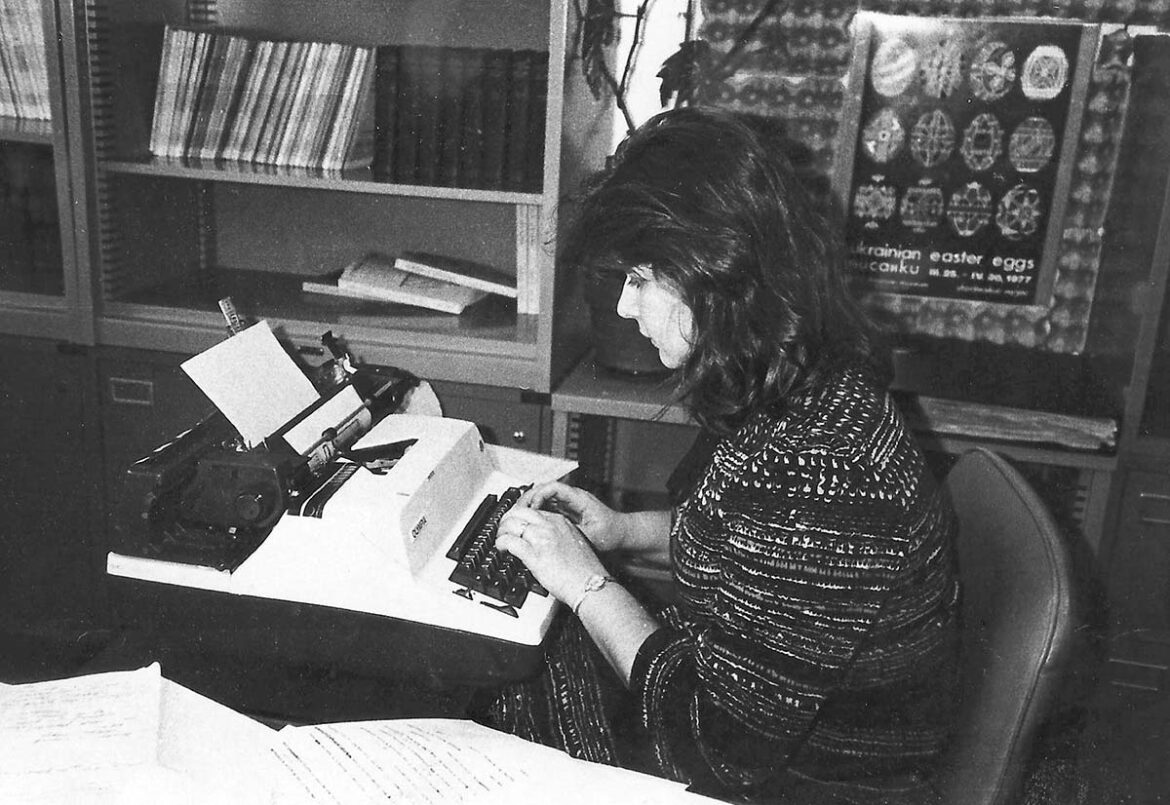 Marta Kolomayets when she first joined the editorial staff of The Ukrainian Weekly in January 1982.

In 1990, The Weekly tried to send Ms. Kolomayets to Ukraine to report on the historic multi-candidate parliamentary and local elections taking place in March – the first to occur during the era of perebudova. However, Ms. Kolomayets was denied a visa by Soviet authorities. She was in good company though, as members of the U.S. congressional delegation that planned to travel to Ukraine under the auspices of the Commission on Security and Cooperation in Europe to observe the voting (as well as Eugene Iwanciw of the UNA, who was to act as the delegation’s advance man) also were denied entry visas.

Undaunted, The Weekly then tried to get Ms. Kolomayets to Ukraine in time for the opening of the first session of the newly elected Parliament of Ukraine on May 15, 1990. She arrived four days later. After overcoming many bureaucratic hassles, Ms. Kolomayets was permitted to travel to Ukraine, for the first time as a Weekly staffer, with a medical relief mission organized by the Children of Chornobyl Relief Fund. She was able to get a three-day visitor’s pass to attend sessions of the Parliament on May 21-23, and she filed several news reports on other events taking place in Kyiv.

Soon afterwards came the Ukrainian National Association’s 32nd Convention, which met on May 28-June 1, 1990. On the final day of its deliberations, the convention passed a resolution that stated: “The convention urges the UNA Executive Committee to look into establishing a bureau in Kyiv and/or Lviv which would provide direct news service on a regular basis to our UNA publications.” In October of that year, efforts to establish the bureau began in earnest when a UNA delegation (comprising President Ulana Diachuk, Secretary Walter Sochan and Advisors Iwanciw and Roma Hadzewycz), while in Kyiv to attend the second congress of Rukh, met with officials of the Foreign Affairs Ministry to discuss the fraternal organization’s intentions of opening a press office. Several months of battling the bureaucracy followed, but eventually the go-ahead was given. 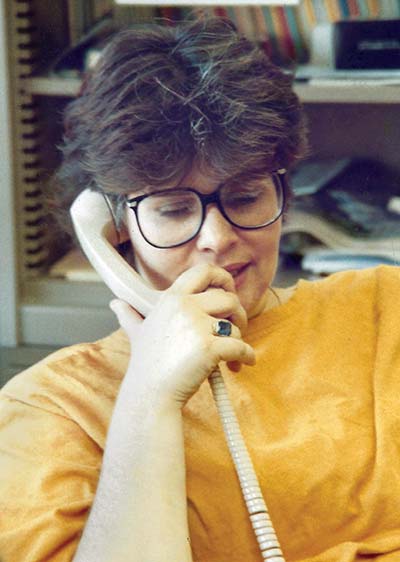 Marta Kolomayets at work in the editorial offices of The Ukrainian Weekly in Jersey City, N.J., in early 1991, just before she left to serve as the newspaper’s Kyiv correspondent in January through July.

In January 1991, the UNA’s Kyiv Press Bureau became the first foreign news bureau to receive official accreditation. Ms. Kolomayets became the first staffer of that bureau, arriving in the Ukrainian capital on January 13, 1991, to set up the office. She was the first U.S. journalist and the second foreign journalist to be accredited as a correspondent in Ukraine. From Ukraine, she was to file stories for The Weekly as well as provide information for Svoboda, then a daily newspaper published by the UNA.

For the first four months, Ms. Kolomayets lived and worked out of a hotel room at the Dnipro Hotel on the Khreshchatyk; she filed her news reports from the Rukh headquarters on Taras Shevchenko Boulevard. Afterwards Ms. Kolomayets succeeded in finding an apartment on Karl Marx Street, now known as Horodetsky Street.

Ms. Kolomayets ultimately served four more tours of duty as The Weekly’s Kyiv correspondent, in February-August 1992, February-December 1993, June 1994-July 1995 and October 1995-September 1996. (Several other staffers also served in the Ukrainian capital). In 1994, she married Kyivan Danylo Yanevsky, then editor of the television program “Pisliamova.” While in Kyiv as The Weekly’s `full-time correspondent, Ms. Kolomayets also served as a stringer for such media outlets as the Associated Press, United Press International and Newsweek. Her free-lance articles were published also in the Chicago Tribune.

Ms. Kolomayets left The Weekly in December 1996 to take up a special assignment as a communications strategist in Kyiv for the U.S. Agency for International Development (1997-1999).

Later, she worked in Kyiv as team leader for the Ukraine Market Reform Education Program of Gavin Anderson/PBN Company (1999-2002); chief of party at the Partnership for a Transparent Society (2002-2004); project director of the Community Partnerships Program of the U.S.-Ukraine Foundation (2004-2007); and country director for Ukraine of the National Democratic Institute (2007-2009).

In 2010-2013, she was director of programs and communications for the Ukrainian Catholic Education Foundation and was based in Chicago. Soon however, she returned to Ukraine.

In January 2013, Ms. Kolomayets became the director of the Fulbright Office in Ukraine, which is administered in that country by the Institute for International Education.

In a story published in The Ukrainian Weekly on December 16, 2018, Ms. Kolomayets spoke with Adrian Karmazyn about a quarter-century of U.S.-Ukraine academic exchanges. She described her role as the Fulbright Ukraine country director as that of a cultural ambassador.

“The Fulbright program is a program of mutual understanding, of cultural ambassadorship… the Americans that come over bring American culture here and the Ukrainians that go to the United States are cultural ambassadors for Ukraine. So many people tell me that the important thing is not only what you learn – it’s how you communicate with other people and the outside world, and tolerance and understanding. Understanding the differences – it’s a very important part of the Fulbright program,” Ms. Kolomayets noted.

Surviving are her husband, Danylo Yanevsky; mother, Luba Kolomayets; brother, Andrew, with his family; and other family members in the United States and Ukraine. Her father, the noted artist Anatole Kolomayets, had died in 2014.

A funeral service was scheduled for Saturday, August 22, at the Patriarchal Cathedral of the Resurrection of Christ in Kyiv at 1 p.m. (local time). The service, with Bishop Yosyf Milian officiating, is to be livestreamed at https://youtu.be/afZhPAs (see the Facebook page of the Kyiv Archeparchy of the Ukrainian Greek-Catholic Church: https://www.facebook.com/kyivugcc/ for any additional info). Burial is to follow at the Baikove Cemetery in Kyiv.