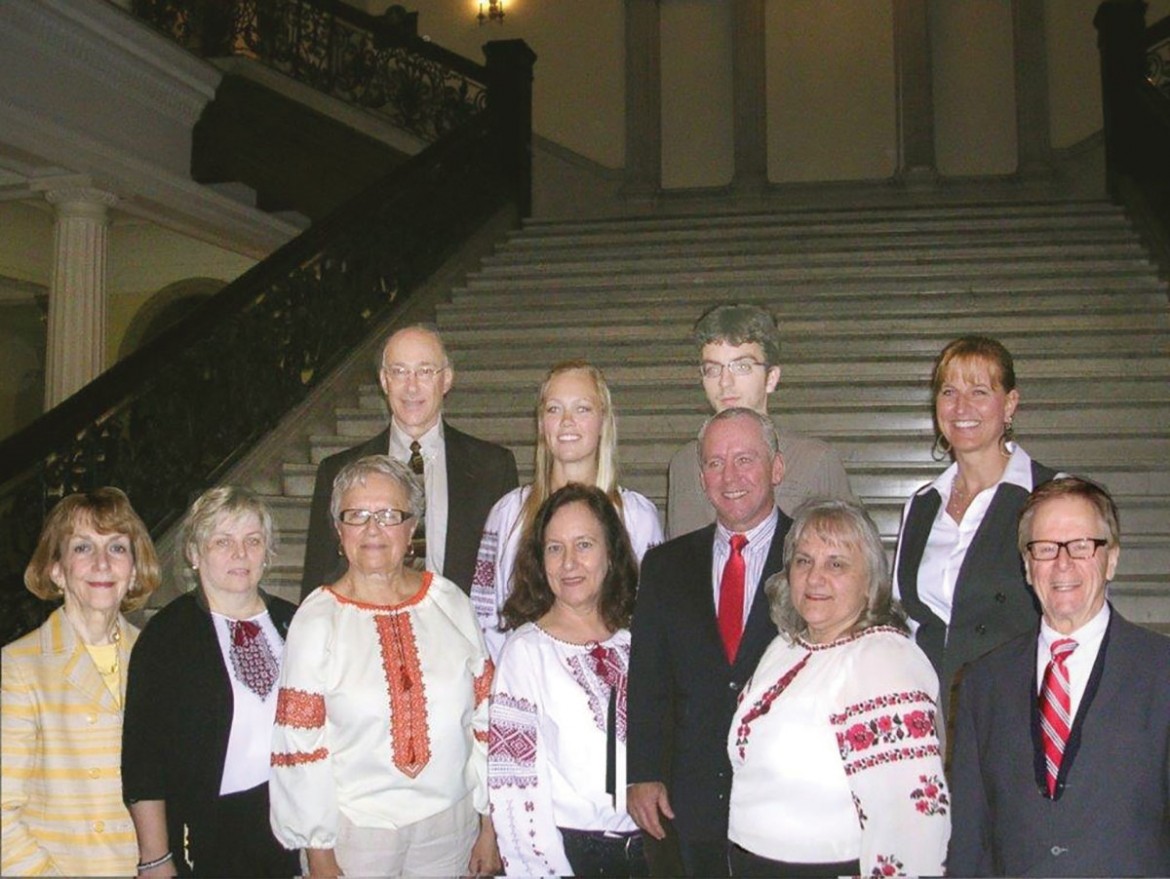 Boston Holodomor activists gather at the State Capitol steps following the September 24 hearing before the Joint Education Committee of the House and Senate of Massachusetts.

BOSTON – A hearing was held in Boston on September 24 before the Joint Education Committee of the House and Senate of Massachusetts on a comprehensive bill requiring the study of at least eight specific genocides that occurred in the 20th century.

Of importance to the Ukrainian community is that the bill specifically includes the study of the Holodomor in the school curriculum. After several attempts in prior years, the Greater Boston Holodomor Committee expanded its base of support by including seven other genocides in the bill. The bill attracted seven co-sponsors, legislators interested in areas such as the Holocaust, Darfur and Armenia.

Presenting testimony in behalf of the bill were this writer, an attorney who is chairman of the Greater Boston Area Committee to Commemorate the Holodomor, and Alexa Raniuk, whose grandmother, Anna Raniuk, witnessed what occurred and documented her observations. Ms. Raniuk, a college student, read her late grandmother’s testimony. Hania Kurniawska presented the history of the Holodomor and discussed why students should learn about it.

Maria Saxe read findings from the report of the U.S. Commission on the Ukrainian famine and testified about why the commission was formed. Mary Ann Hrinda discussed public reaction during the group’s drive to collect signatures on supporting petitions. Maria Walzer presented letters from Secretary of State John Kerry, leaders of the Ukrainian Christian Party and other notables. She also discussed t he numerous presentations made to groups such as the New England Regional Council of Social Studies Teachers. The group also sent study guides to 356 Massachusetts high school teachers.

The Boston Holodomor Committee is urging Massachusetts residents to contact their state legislators to support sending the bill, which is known as House 473, to the full legislature for enactment.

The inclusion of the Holodomor in House 473 will be a victory for the Ukrainian community nationally in that it will set a model to be followed by other states. The bill deserves strong support from all Ukrainians.