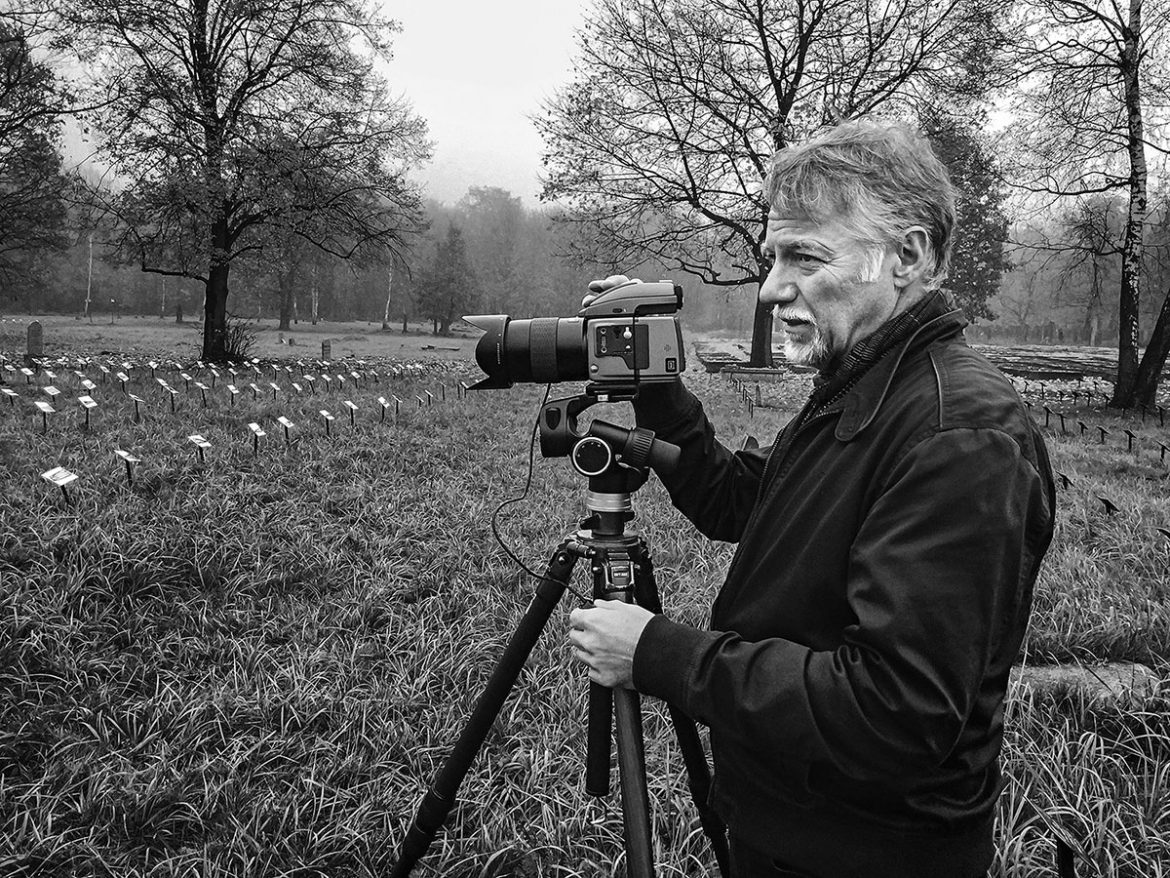 OTTAWA – Recalling past human atrocities can be both a politically delicate exercise for governments and a deeply personal journey for survivors and those close to them.

Last September, the Canadian government unveiled a monument to honor the victims and survivors of the Holocaust near the Canadian War Museum in Ottawa.

But the main plaque did not directly address the murder of 6 million Jews as the Nazis’ main target and only acknowledged the National Holocaust Monument as a commemoration to “the millions of men, women and children” deliberately killed during “one of the darkest chapters in history.”

This spring, a reworded plaque, yet to be finalized, will be installed to specifically state that the monument was designed to remember the Jewish victims and to also recognize other groups murdered by the Nazis, including homosexuals, the disabled, Ukrainians, Roma, and political and religious prisoners without specifically citing those victims by name.

“Our government is committed to building a more inclusive society,” Simon Ross, press secretary to Canadian Heritage Minister Mélanie Joly, said in an e-mail. “We understand the importance of learning from the past and recognizing historical wrongs through engagement with relevant communities. The National Holocaust Monument commemorates the 6 million Jewish men, women and children murdered during the Holocaust, and the millions of other victims of Nazi Germany and its collaborators.”

Acclaimed Ukrainian Canadian photographer Edward Burtynsky has a direct connection both to the national memorial and the monstrosities of the Third Reich.

“For me it was such a troubling period of man’s inhumanity to man, and it isn’t that far behind us,” Mr. Burtynsky explained in a recent interview.

“It’s only a little more than 70 years ago that there was this notion of world domination and a culling of humanity to create a more ideal race. You’d think it was from science fiction, but it wasn’t.  And when you look at the machinery that was put in place to eliminate people and to deal with the disposal of millions of corpses – that mechanization of death I found staggering when I really dug deep into the history of the Holocaust,” said Mr. Burtynsky, who watched the more than nine-hour 1985 French documentary, “Shoah,” and read books on the Holocaust to prepare for his multinational photo-shoot.

Mr. Burtynsky’s 93-year-old mother, Mary, wasn’t caught up in the Holocaust, but she “survived Stalin and then Hitler,” said her son, born Edward Taras Buratynsky, who dropped the “a” in his family name when he got married 32 years ago.

Mrs. Buratynsky was a child living in a village in Ukraine’s Kyiv Oblast when the Soviets arrived and plundered everyone’s food during the Holodomor, which resulted in as many as 10 million dying of starvation from Joseph Stalin’s genocide.

“It’s one of the first huge genocides and probably one of the most underreported ones,” said Mr. Burtynsky. “I’ve always felt that it never got its due and people haven’t really understood how horrific Stalin was to the Ukrainian people.” 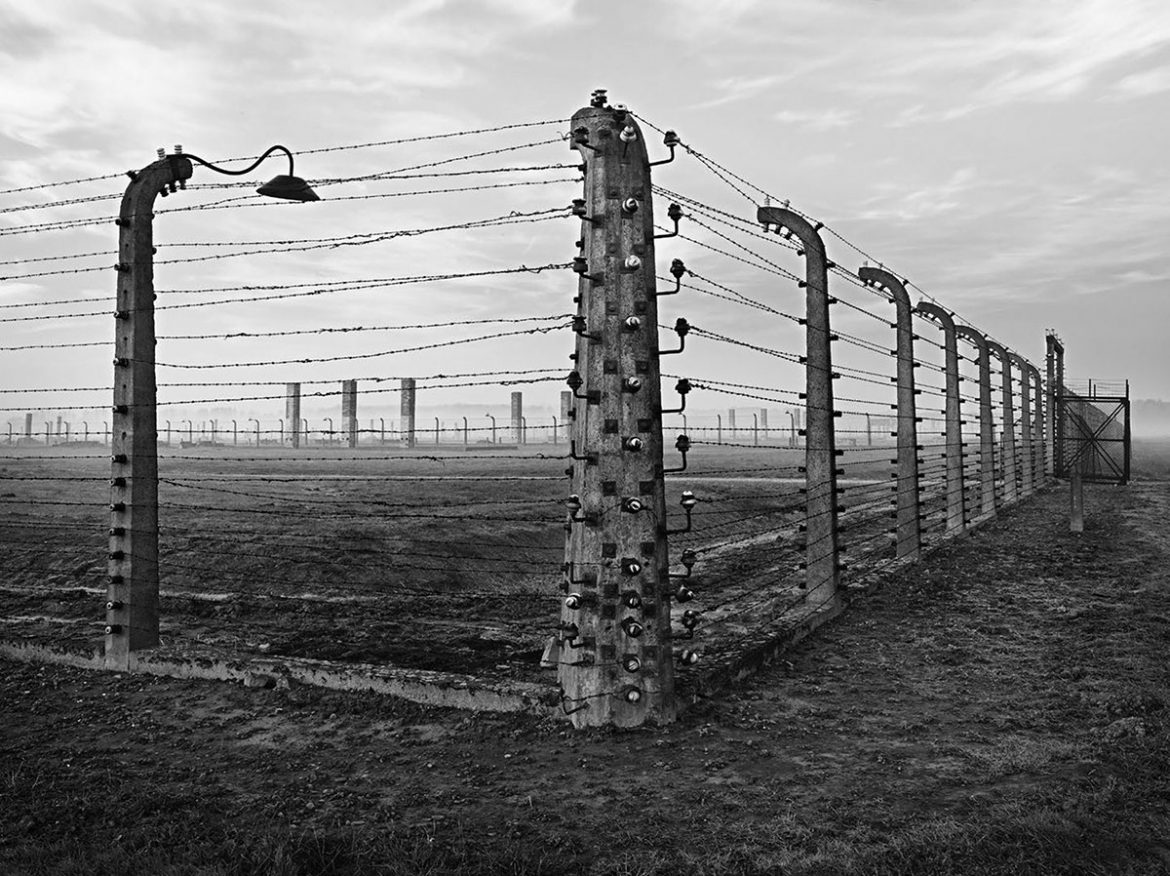 A photo from the Auschwitz camp complex in Poland was chosen for use on one of the walls of the National Holocaust Monument in Ottawa.

Within a few years after the Holodomor, Mrs. Buratynsky’s family was confronted with Hitler’s brutality when the German army came to her village and rounded up all of the 17-year-olds, including Mary, who was dispatched by the Nazis to do forced labor at a sugar-beet farm in Lomitz, Germany, near Hanover.

“That was the last time she saw her village for 50 years,” said Mr. Burtynsky, whose mother returned to her birthplace during a 1992 visit to Ukraine and just missed seeing her last surviving sister, who died three weeks before Mrs. Buratynsky’s arrival.

After World War II, Mrs. Buratynsky spent five years at a displaced persons camp at an abandoned army barracks near Hanover, Germany, before arriving in Canada in 1950. By an almost cruel twist of fate, Mrs. Buratynsky’s introduction to Canada was in Kapuskasing, a northern Ontario town where about 1,300, most of them Ukrainians, were interned during World War I. But it was there that she met her husband and fellow displaced person, Peter Buratynsky, who was born in the Carpathian region of western Ukraine and who got an Ontario government job surveying the northern reaches of the province in search of natural resources.

In 1952, the couple moved to St. Catharines, a city in southern Ontario, where they married and where their son Edward was born on February 22, 1955.

“When I think of survivors, whether you’re a Holocaust survivor or somebody displaced at a young age by a war, you no longer have the life you wanted,” said Mr. Burtynsky. “I feel like I live in a privileged period where I never had to don a uniform or had a gun thrust into my hand and kill or be killed.”

The further privilege he gained in building a career out of a lifelong passion stemmed from his father, who worked for General Motors as a welder and painted landscapes on the side.

Mr. Burtynsky began painting as a child at the age of 7. But when he turned 11, his dad got him a darkroom and Mr. Burtynsky was hooked on snapping rather than drawing pictures.

“It seemed to be much more fun and easy,” he recalled. “With one click of a button I could get the whole landscape versus sitting for weeks painting while my friends were playing outside. With a camera, I could take pictures, come back to the darkroom, blow them up and there were my pictures!”

“There was a real magic to watching an image emerge from a tray. I also just thought it was a more contemporary medium, more immediate – and I became the kid with the camera all the time,” he said.

However, Mr. Burtynsky, an early entrepreneur who took photos of his classmates in grade-school and sold them to the children’s parents, never imagined he “could make a life out of” photography.

After his father died of cancer when Mr. Burtynsky was 15, he worked during high school to help his mom support the family, which included two sisters and a younger brother. Mr. Burtynsky also took a night course in photography at an Ontario college.

“My teacher recognized that I had this aptitude,” he said. “He would give me assignments and what I came back with was 10 times better than anybody else in the class. He said: ‘You seem to have an eye and a way of thinking about this medium that is pretty special. You should get an education and be a photographer.’ And I said, ‘Really?’”

Mr. Burtynsky assembled a portfolio of his photographic work, applied to Ryerson University in Toronto – which he pointed out had Canada’s best academic program in photography – was accepted and, at the age of 20, moved to Canada’s largest city.

“I never looked back,” he explained. “I just decided I was going to be an artist.”

More than 40 years later, Mr. Burtynsky has created a unique signature in the world of photography through his global industrial landscapes. In 2007, he was made an Officer in the Order of Canada, the country’s highest civilian honor.

In 2017 he produced a book, “Chai” (the Hebrew word for life), to mark the completion of Canada’s national memorial to the Holocaust. The limited-edition book features 18 images from his journey through Holocaust sites in Germany, Austria, the Czech Republic, Poland, Lithuania and Hungary, and text written by University of Toronto Holocaust scholar Doris Bergen.

As Mr. Burtynsky writes in his introduction, he created “this portfolio as a donation project to commemorate the countless individuals who suffered and perished under Nazi genocide, and to accompany my photographic involvement in the National Holocaust Monument.”

He also notes: “Participating in this collaborative project has presented me with an opportunity to contribute something uniquely meaningful to the Canadian cultural landscape and to important pieces of public art in Canada. It has also inspired me to rekindle my own personal associations with Eastern European culture.” 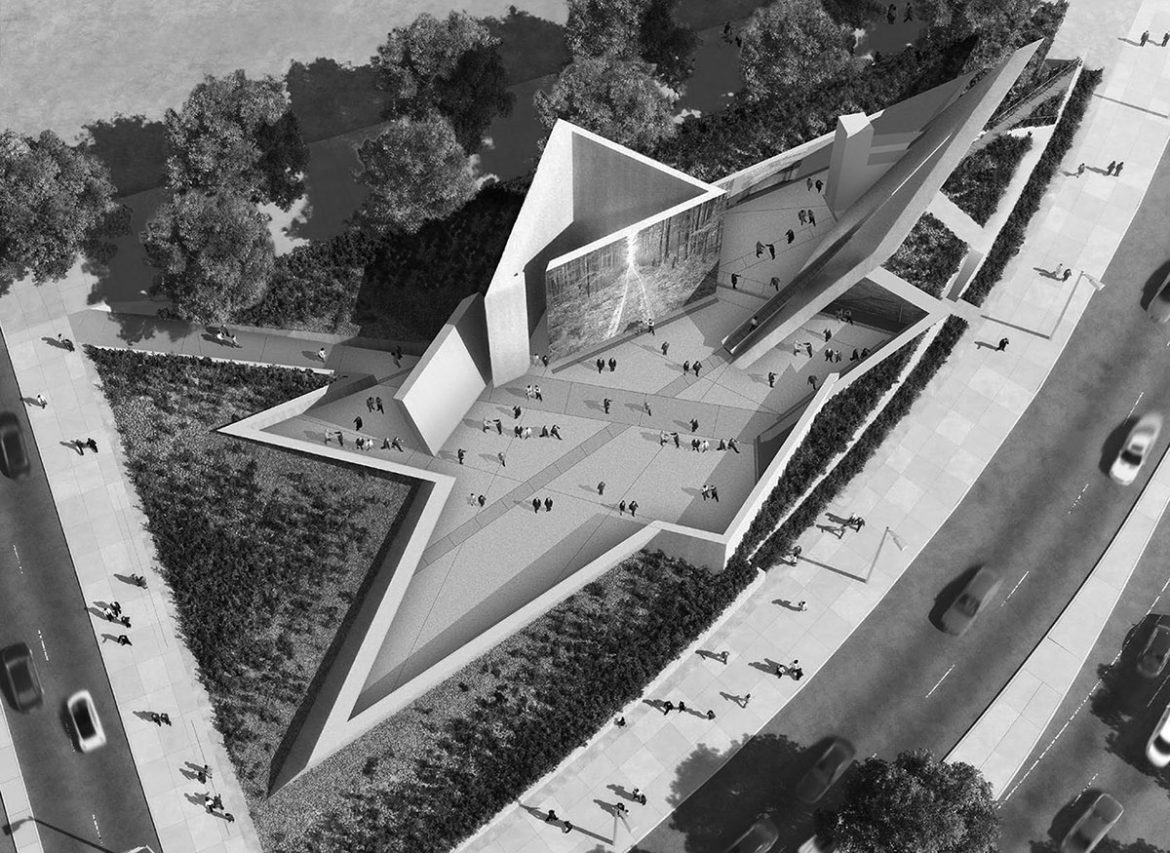 A rendering of the National Holocaust Monument by Daniel Libeskind.

A future assignment could include making his first visit to Ukraine.

“A lot of my work has been around human relationships to resources, so I would probably be interested in looking at the industrial areas of Ukraine and what’s happening in natural resources,” said Mr. Burtynsky, who has two daughters, Meagan, studying to be a veterinarian in London, and Katya, a fashion-design student in Los Angeles.

“There might also be some reason to do more personal work, like portraits of extended family members that I never connected with. I never had grandparents, uncles or aunts – I only knew friends of my parents. I always found that fascinating,” he commented.

“I had a tabula rasa, an open slate to invent myself. I always felt I had this creative drive in me and just cultivated it. I feel alive when I’m creating things.”