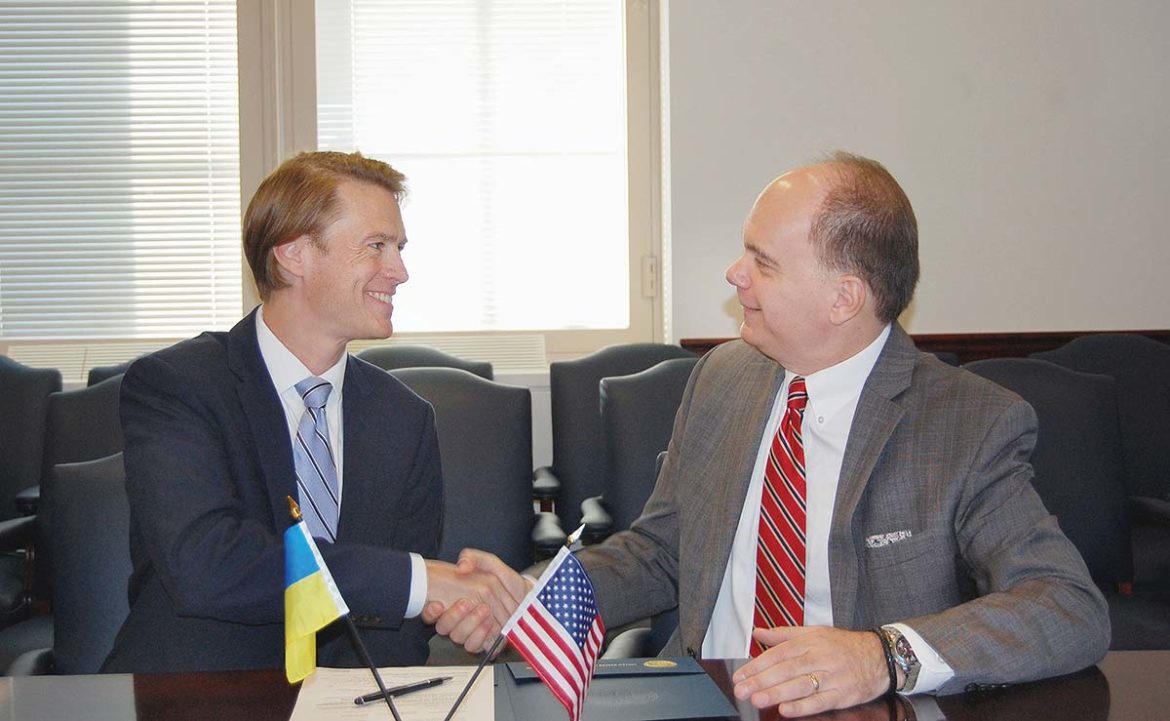 WASHINGTON – The U.S. Department of Commerce has appointed Dorian Mazurkevich as the U.S. intellectual property attaché for Eurasia, with the diplomatic rank of first secretary. In his new position, Mr. Mazurkevich will oversee intellectual property rights and enforcement issues in Ukraine, Russia, Turkey, the Western Balkans, the Caucasus and Central Asian regions. He will also be responsible for launching the region’s inaugural office.

Mr. Mazurkevich is based at the U.S. Embassy in Kyiv as of the end of January.

Deputy Director General of the U.S. and Foreign Commercial Service Dale Tasharski conducted the swearing-in ceremony at the Herbert C. Hoover Building in Washington on October 28, 2019. Mr. Mazurkevich’s wife, Christina; his mother, Ulana; and his aunt and godmother, Larissa Matusiak, were in attendance.

Deputy Director Tasharski noted that the new regional office in Ukraine is “an important position for us,” and praised Mr. Mazurkevich as a “commercial officer of great standing and of considerable experience.”

Mr. Mazurkevich had previously served as the first U.S. intellectual property attaché for Latin America, where he established the regional office at the U.S. Consulate General in Rio de Janeiro, Brazil. In recognition of his exceptional diplomatic efforts, the U.S. Department of Commerce awarded Mr. Mazurkevich the Stephen C. Kaminski Memorial Award, which honors the U.S. commercial diplomat who “exercises the greatest degree of diplomatic skill and ability in furthering trade relations with one or more of America’s trading partners.”

Deputy Director Tasharski emphasized this achievement and said, “the diplomatic work that you did to win and receive that award I think really marks you as an outstanding officer and diplomat.” 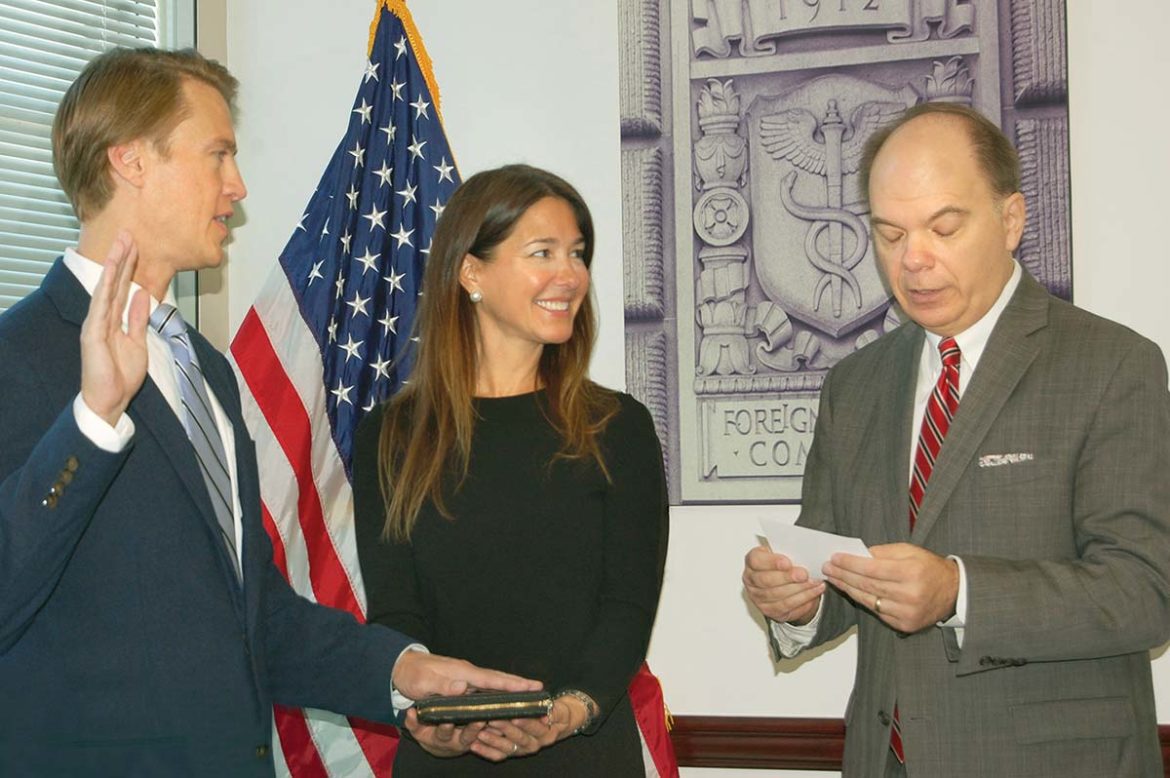 Dorian Mazurkevich, his wife, Christina Sawicky Mazurkevich, and Dale Tasharski, deputy director general of the U.S. and Foreign Commercial Service, at the swearing-in ceremony at the Herbert C. Hoover Building in Washington.

Upon returning to the United States, Mr. Mazurkevich was an attorney-advisor at the U.S. Patent and Trademark Office, where he handled intellectual property enforcement issues, including serving as liaison to Interpol’s Trafficking in Illicit Goods and Counterfeiting Sub-Directorate.

Prior to joining the U.S. government, Mr. Mazurkevich worked as an attorney in private practice. He was also a Fulbright scholar and visiting law professor at the National University of Kyiv-Mohyla Academy in Ukraine.

Mr. Mazurkevich received a B.A. from the University of Pennsylvania and a law degree from the Temple University School of Law. He studied at Harvard University’s Ukrainian Research Institute and completed coursework at the European Academy of Diplomacy.