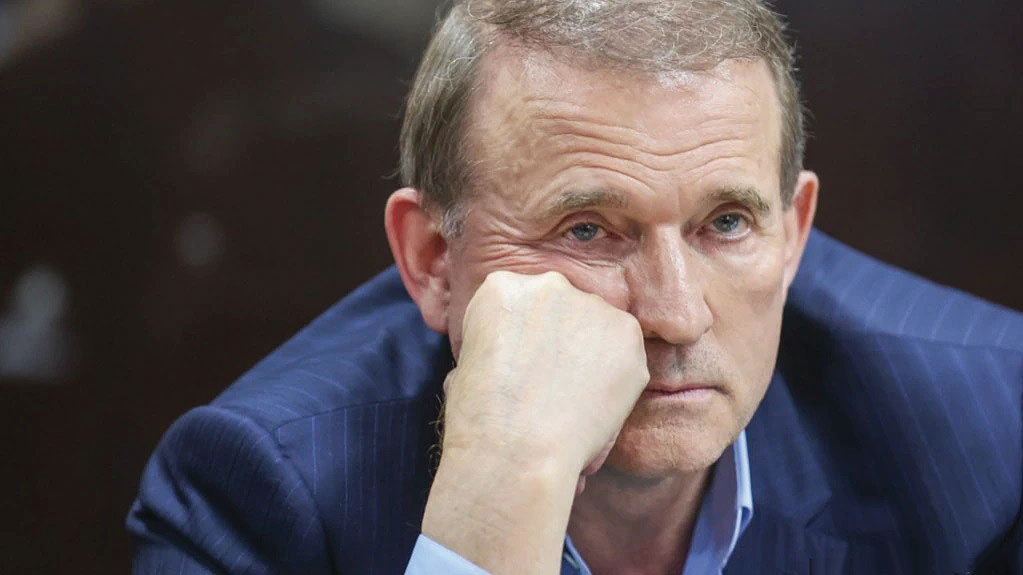 Viktor Medvedchuk in court on May 13 in Kyiv.

WASHINGTON – Ukrainian President Volodymyr Zelenskyy said the state’s case against Viktor Medvedchuk is “just the beginning” of a process of curtailing the power of a handful of tycoons who have dominated the country’s economic and political landscape for decades.

In a statement published on May 18 on the website of the Washington-based think tank Atlantic Council and aimed at a U.S. audience, Mr. Zelenskyy said this “unelected elite has rigged the system” to preserve their power and wealth indefinitely to the detriment of the population.

He claimed that Ukraine under his leadership was now making progress on battling the tycoons, pointing to the sanctions his administration imposed in February on Mr. Medvedchuk, a Russia-leaning politician and businessman with assets allegedly ranging from television stations to oil pipelines.

“This is just the beginning. There will be many more such measures until all of Ukraine’s oligarchs are cut down to size and reduced to the status of ordinary big businessmen,” Mr. Zelenskyy said in the statement.

Mr. Zelenskyy said the state’s actions against Mr. Medvedchuk – who will go on trial in July on charges of treason that he calls politically motivated – shows such people are “toothless” when their media assets and political protection are peeled away.

The president promised to unveil “key legislation” with the goal to “destroy the oligarchic order” and create a more equitable Ukraine.

Mr. Zelenskyy’s tough words come amid Western frustration over his administration’s commitment to crucial reforms, including cracking down on the tycoons, and his own sharply falling ratings.

A former comic and antiestablishment candidate, Mr. Zelenskyy won the 2019 election in a landslide in part on a promise to take on those tycoons.

However, after two years in power, Mr. Zelenskyy’s administration has made little progress on curtailing the biggest players.

Aside from Mr. Medvedchuk, who heads the second-largest party in parliament, Mr. Zelenskyy’s administration has launched an investigation into Petro Poroshenko, the billionaire former president who is considered a competitor for the 2024 election.

Mr. Zelenskyy has yet to go after Ihor Kolomoisky, whom critics call one of the most “notorious” tycoons for his brazen tactics and who is under U.S. investigation for money laundering. Mr. Kolomoisky’s media companies backed Mr. Zelenskyy’s long-shot campaign for the presidency.

Ukraine, a nation bestowed with significant natural resources and fertile land, is among Europe’s poorest by average income because of the uneven distribution of wealth following the collapse of the Soviet Union.

During the 1990s and early 2000s, the nation’s largest manufacturing and extraction industries fell into the hands of a few individuals like Mr. Kolomoisky, who transformed that wealth into outsized political influence that they continue to exercise to this day.

The tycoons often block reforms that would benefit Ukraine’s economy at the expense of their personal fortunes and buy off judges.

Despite years of prodding by the United States and Europe, Ukraine’s leaders have failed to challenge the tycoons.

Mr. Zelenskyy said previous leaders considered their existence “as a natural and profitable state of affairs that brought with it the promise of stability.”