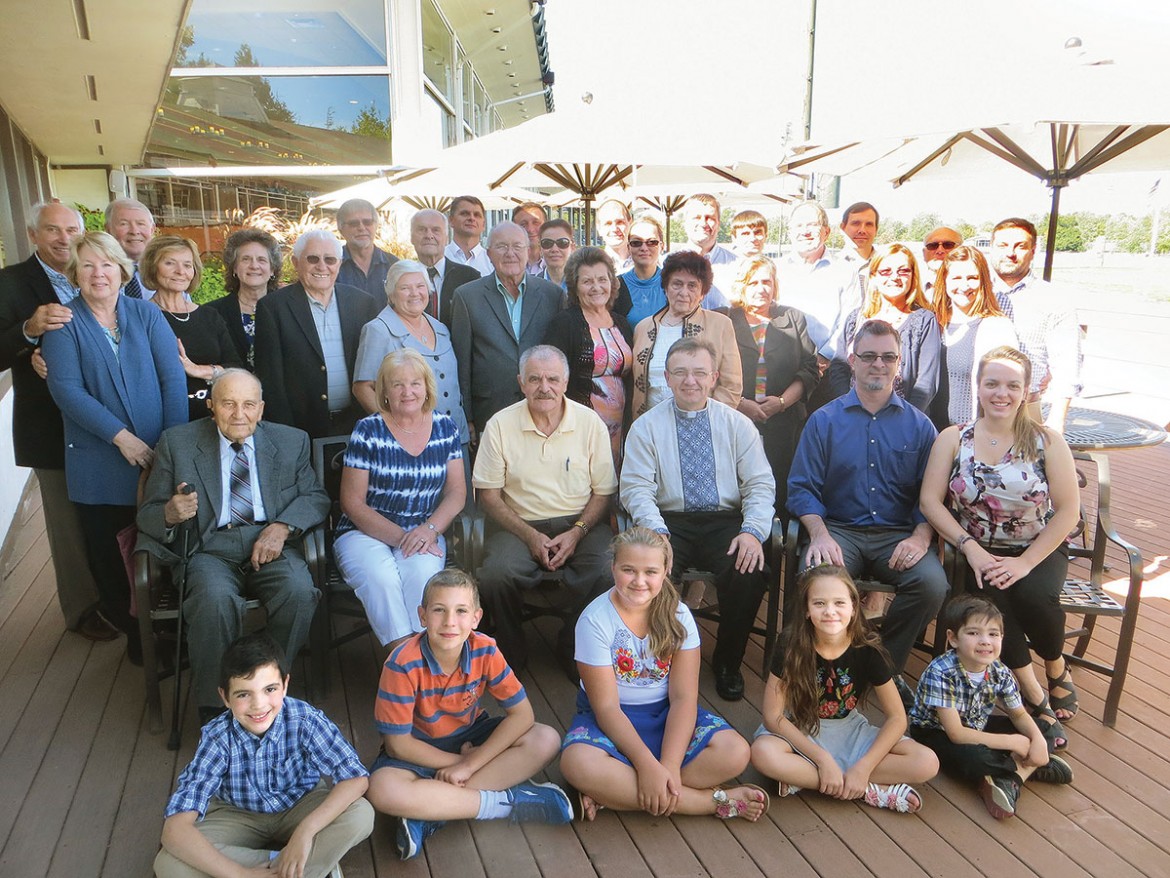 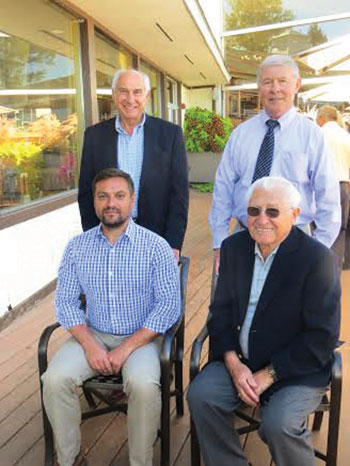 The winners of the UNA raffle (seated from left): Marc Gawron, winner of a year’s subscription to The Ukrainian Weekly, and Stefan Jedynak, winner of two admissions to the 2016 Ukrainian Cultural Festival at Soyuzivka. Standing behind the winners are Bratstvo President and UNA Auditing Committee Chairman Slavko Tysiak and UNA Branch 13 Secretary and UNA Advisor Mykola Fil.

The annual dinner is a longstanding member tradition and kicks-off another year of fraternal activities in this venerable organization that will mark its 120th anniversary on December 5, 2015.

At the event, special recognition is given to those members celebrating recent wedding anniversaries.

The UNA donated two door prizes to this annual event to make it more enjoyable for all in attendance.