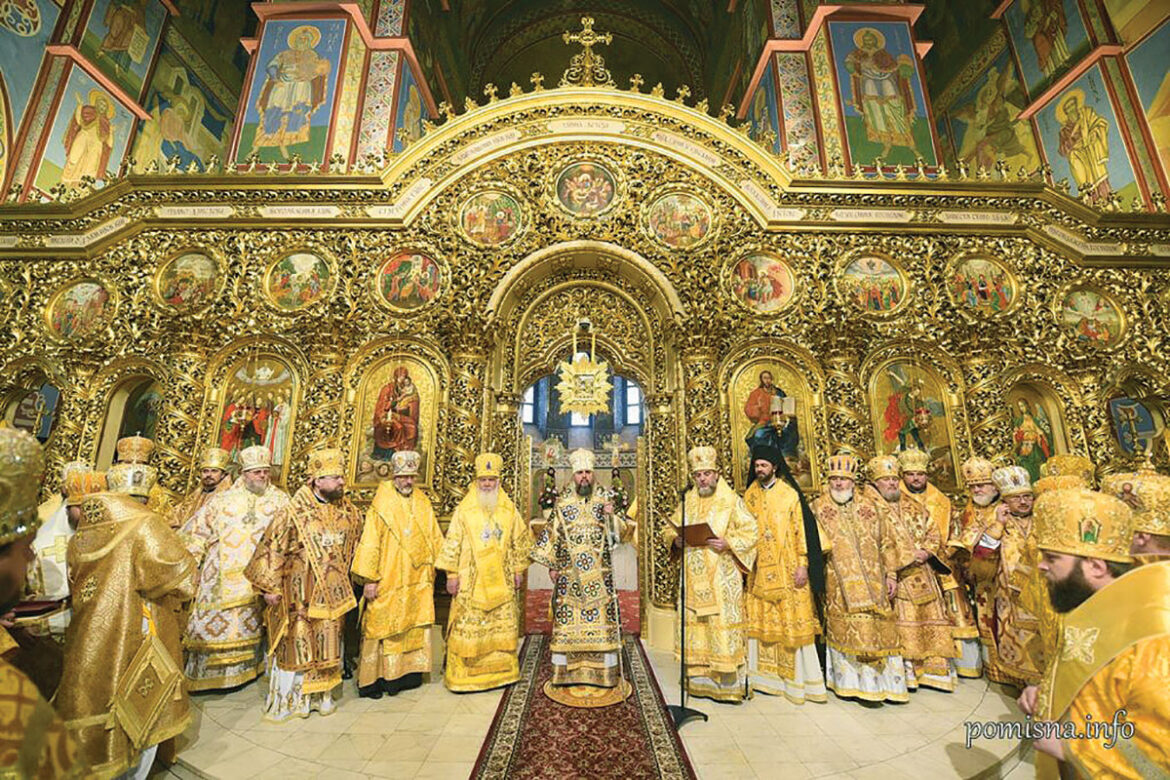 Metropolitan Epifaniy, joined by hierarchs of the Orthodox Church of Ukraine at St. Sophia Cathedral in Kyiv, celebrates the second anniversary of his enthronement as head of the OCU.

The OCU, in a statement on the enthronement anniversary, wrote: “Despite the fact that not much time has passed, much has already been done to establish Ukrainian Orthodoxy. From east to west, from north to south, the Orthodox Church of Ukraine is open to all. It has been recognized by local Churches – Sister Churches – and supported by the Ecumenical Patriarchate: that is the Mother Church. However, the most important achievement we have made is the unity and integrity of our spiritual family.”

Metropolitan Symeon (Shostatsky) of Vinnytsia and Bar, in his official greeting on behalf of the Holy Synod of the OCU, its clergy and faithful, noted the first two years of the OCU under Metropolitan Epifaniy, the threats to the Church posed by the coronavirus and from external elements who refuse to accept the independence and equal standing of the OCU among world Orthodoxy. The prime hierarch, he added, has shown spiritual wisdom and discernment, and has demonstrated the best of his archpastoral strength. Despite the challenges of the pandemic, including the OCU’s contributions to humanitarian aid and support of social services, the OCU has shown growth with the renewal of previous churches and the building of new ones.

Metropolitan Symeon stated: “…We are thankful to God for all this, today, when a new page of your earthly life, and on the anniversary of your enthronement at the ancient altar of the Metropolitans of Kyiv, we raise our dedicated prayers for Your Beatitude and ask that the Lord continues to bless you with strength of health and many years, bestowing upon you spiritual strength and renewed diligence in service to Him and His Holy Church. May God’s assistance always be with you in Your Beatitude’s service. Many and blessed years to you, Blessed Master.”

The metropolitan met with government representatives, community and political activists, as well as representatives of the Holy Synod of the OCU, faculty members of the Kyiv Orthodox Theological Academy, journalists, clergy and faithful. He also met privately with former President of Ukraine Petro Poroshenko and National Deputy Rostyslav Pavlenko and separately with Prime Minister Denys Shmyhal and Andriy Yurash, director of the Department for Religious Affairs and Nationalities at the Ministry of Culture of Ukraine.