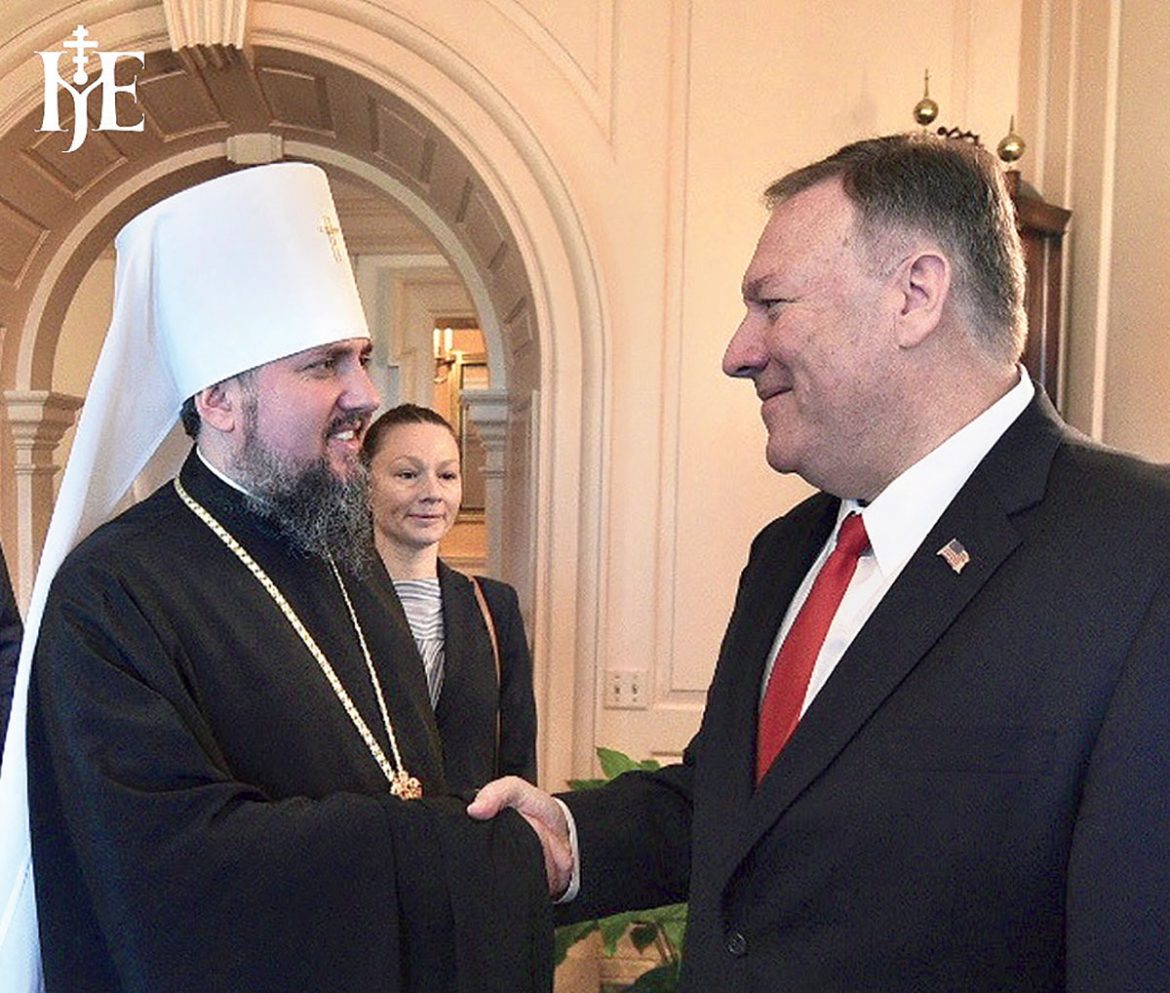 WASHINGTON – Metropolitan Epifaniy of the Orthodox Church of Ukraine met on October 23 with U.S. Secretary of State Michael Pompeo. State Department spokesperson Morgan Ortagus released the following information: “Secretary Michael R. Pompeo met today with His Beatitude Metropolitan Epifaniy of Kyiv and All Ukraine, primate of the autocephalous Orthodox Church of Ukraine. Secretary Pompeo congratulated Metropolitan Epifaniy on his receipt of the Athenagoras Human Rights Award for his defense of all Ukrainians’ ability to worship in accordance with their faith, free from external interference. The secretary and the metropolitan shared their concerns about abuses against religious freedom in Russia-occupied Crimea and Russia-controlled parts of the Donbas. They expressed their hopes for a diplomatic resolution to the Russia-instigated conflict in eastern Ukraine, now in its sixth year, underscoring the need to heal the wounds of war and foster unity.”