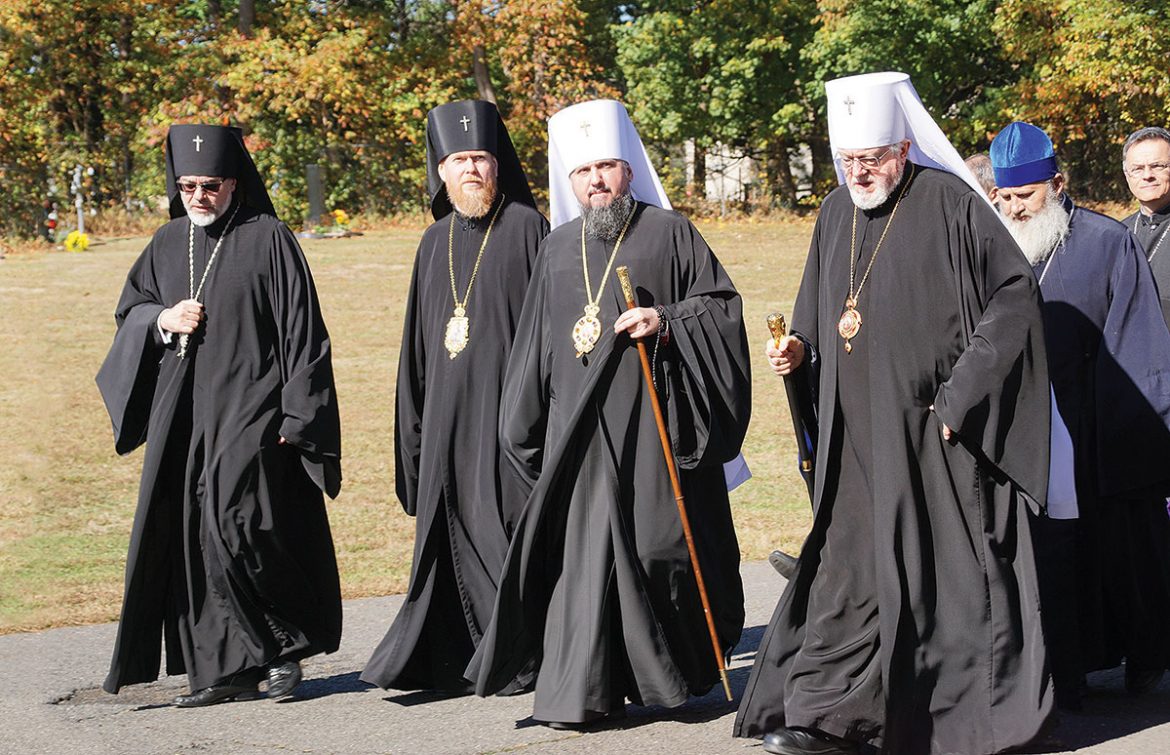 Walking from St. Andrew Memorial Church to the crypt of the Holy Resurrection Mausoleum are (from left): Archbishop Daniel, Archbishop Yevstratiy, Metropolitan Epifaniy and Metropolitan Antony.

SOUTH BOUND BROOK, N.J. – Metropolitan Epifaniy, primate of the Orthodox Church of Ukraine (OCU), was formally welcomed by the hierarchs, clergy and faithful of the Ukrainian Orthodox Church of the U.S.A. (UOC-U.S.A.) at the spiritual center of the Church in South Bound Brook/Somerset, N.J., on Monday, October 21.

Welcoming Metropolitan Epifaniy on the front steps of the historic St. Andrew the-First-Called Apostle Ukrainian Orthodox Memorial Church, Metropolitan Antony pointed out that the church is the first monument to the victims of the genocidal Holodomor of 1932-1933.

Upon entering the church and blessing the clergy and faithful in attendance, both metropolitans exchanged statements of spiritual joy for the opportunity that the Lord presented to the worldwide Ukrainian Orthodox community to re-establish a sacred bond through the Mother Church of Constantinople.

Responding to the words of Metropo­litan Antony, Metropolitan Epifaniy expressed strong sentiments of spiritual joy and for the people of Ukraine and Ukrainians in the diaspora as they now enjoy the most sacred union through the motherly care of the Ecumenical Patriarchate of Constantinople. The OCU primate thanked both hierarchs of the UOC of the U.S.A. for their service in the process of the formal canonical synodal granting of the Tomos of Autocephaly to the Orthodox Church of Ukraine.

Assisted by Archbishop Yevstratiy of Chernihiv, Metropolitan Epifaniy presented the UOC-U.S.A. with gifts of commemorative silver coins, honoring the historic granting of the Tomos of Autocephaly. In addition, an embroidered icon of the Protection of the Birth-Giver of God was presented to the UOC of the U.S.A., commemorating the decision of the Council of Bishops of the UOC of the U.S.A. to place the Ukrainian Orthodox Church in the United States and Ukraine under the sacred protection of the Birth-Giver of God.

The first stop on the tour was made in the crypt of the Holy Resurrection Mausoleum of St. Andrew Memorial Church, where the remains of the first spiritual leader of the Ukrainian Orthodox Church – Patriarch and Metropolitan Mstyslav Skrypnyk – rest. In honoring the memory of the spiritual leader of the Church in the diaspora and later in Ukraine, Metropolitan Epifaniy honored the memory and service of countless hierarchs, clergy and faithful of the Church in the diaspora and Ukraine who throughout centuries prayed for the day of spiritual freedom. 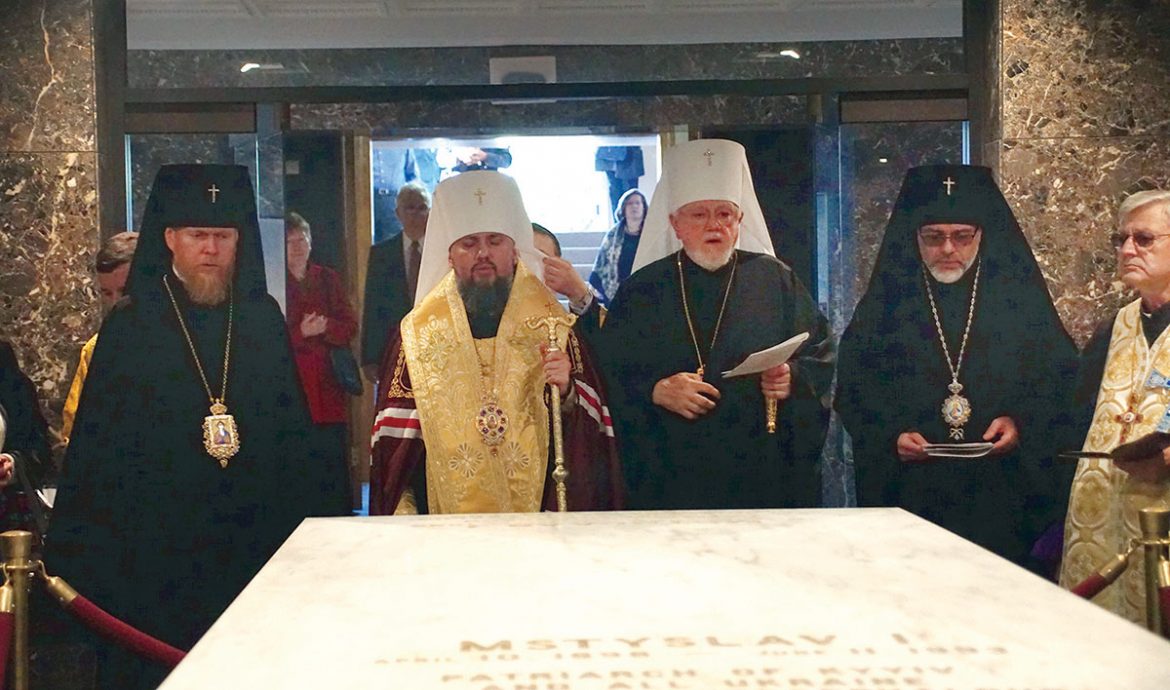