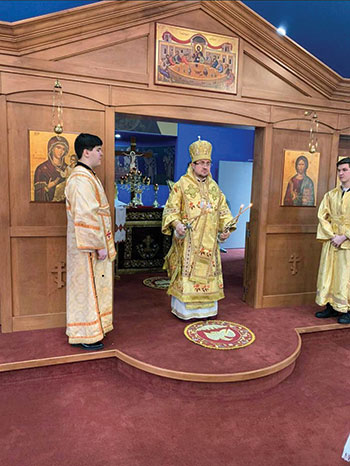 WINNIPEG – Metropolitan Yurij (Kali­stchuk), primate of the Ukrainian Orthodox Church of Canada (UOCC), announced on July 10 via Facebook (www.facebook.com/UOCCanada) his retirement from his episcopal responsibilities.

The Office of the Consistory of the UOCC reports that the decision was made by the primate due to health reasons. Metropo­litan Yurij (born George Kalistchuk) was ordained to the diaconate and priesthood of the UOCC 33 years ago, having spent 21 years as bishop and 11 years as the sixth primate of the Church. His retirement became effective the same day as his official announcement, and, in accordance with the By-Laws of the UOCC, Metropo­litan Yurij filed the retirement request six months prior.

Board on June 26-30. His successor, Bishop Ilarion (Rudnyk), eparch of Edmonton and the Western Diocese of the UOCC, on July 11 was named locum tenens until the next convocation of the 24th Sobor of the UOCC confirms Bishop Ilarion’s succession as primate of the UOCC.

“Metropolitan Yurij not only led the UOCC judiciously and wisely for more than a decade, but also made an irreplaceable and sacrificial contribution to maintaining negotiation and other contacts with the Church of Constantinople in recognizing the autocephaly of the Ukrainian Church, which was implemented in the period 2015-2019. Metropolitan Yurij has repeatedly visited Ukraine in person and with numerous public statements and concrete deeds inspired the Ukrainian community to believe in the rapid and inevitable realization and achievement of the aspirations that several generations of Ukrainians have lived by,” religious scholar Andrii Yurash noted in a story carried by the Religious Information Service of Ukraine.

The Very Rev. Taras Udod, chancellor of the UOCC, addressed the news on July 10 via the UOCC Facebook page. 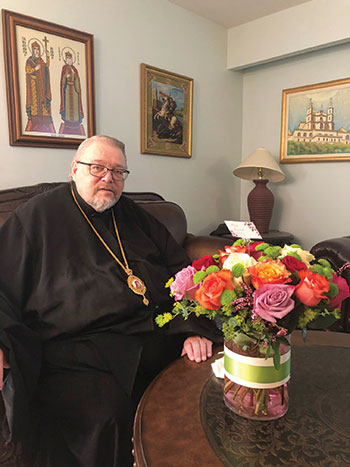 Metropolitan Yurij announces his retirement during a meeting of the Consistory Board of the Ukrainian Orthodox Church of Canada.

“Due to the COVID-19 restrictions and consequences thereof that are still with us across Canada, our UOCC needs to delay the formal and most appropriate retirement event to express our gratitude for [Metropolitan] Yurij’s service and example over these many years, including 11 years as our Metropolitan,” the Very Rev. Udod said. “For now, we wish Vladyka Yurij all the very best in his retirement – May God grant you, Vladyko – health of body and soul for Many Blessed Years! На Многі та Благі Літа!”

Born in Lviv, Bishop Ilarion (born Roman Rudnyk), 49, studied at the Kyiv Theological Seminary and Academy, as well as in Thessaloniki, Greece, and graduated from the Theological Faculty of Aristotle University in 1997, as well as the University of Illinois.

He was consecrated a bishop in 2005, and has been a UOCC hierarch since 2007; he was enthroned in 2008 following his election as Bishop of Edmonton and the Western Eparchy of the Ukrainian Orthodox Church of Canada. He was a member of the delegation of bishops, including Archbishop Daniel of the Ukrainian Orthodox Church of the U.S.A., and Metropolitan Emmanuel of France (now Elder Metropolitan of Chalcedon), during the negotiations between Ukraine and the Ecumenical Patriarch, who granted autocephaly to the Orthodox Church of Ukraine with the signing of the Tomos of Autocephaly in January 2019.