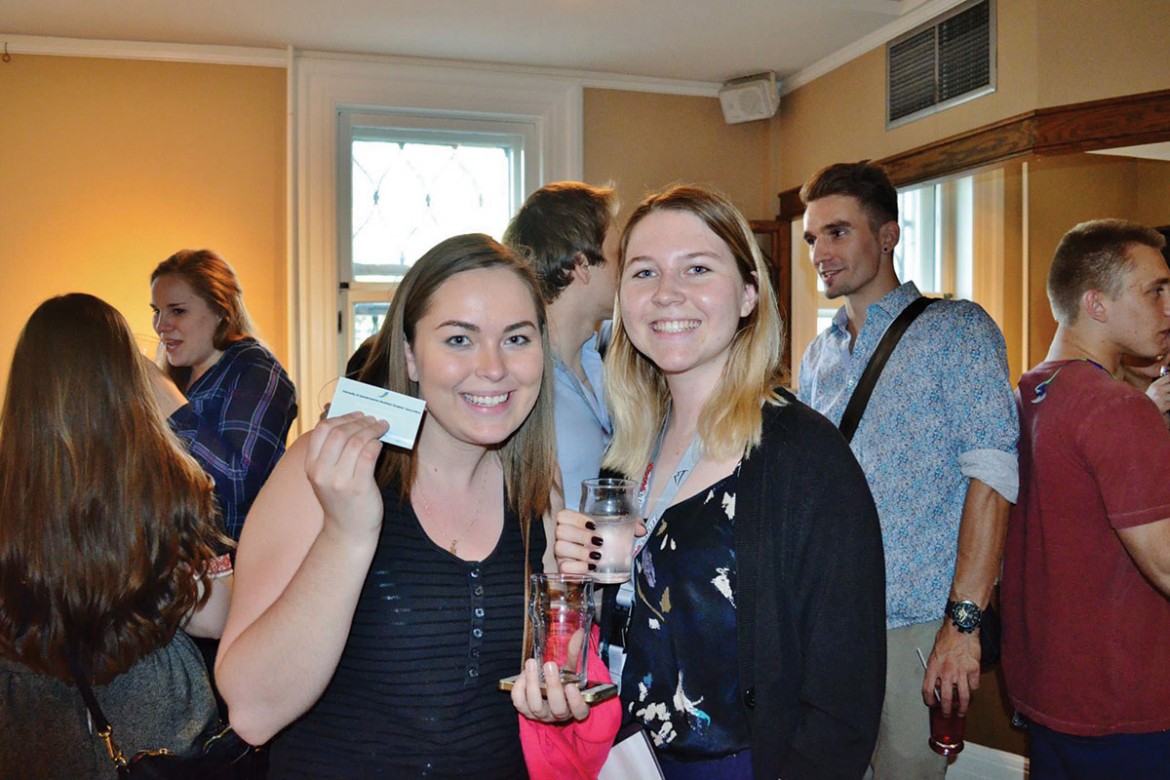 Ashley Halko-Addley and Angelina Smolynec make new contacts at the networking event during the SUSK Congress.

During the congress, delegates heard a presentation by Eugene Czolij, president of the Ukrainian World Congress, about a student’s role in the community. Mr. Czolij also answered questions from the delegates.

The congress sessions began on May 8, included: “Current Ukraine: Historical, Economic and Social Sides of the Story” (with Dr. Roman Serbyn and Dr. Natalia Patsiurko); “Current Ukraine: Helping Ukraine and Getting Involved”; reports by SUSK executive members; a workshop on social media tools for students, led by Cassian Soltykevych and Romana Suchy; and a second workshop on leadership skill for students with Katherine Smolynec. The day’s sessions were capped off by a networking event hosted by the Ukrainian National Federation – Montreal branch.

On May 9, the film “Ukrainians in Quebec” by Yurij Luhovy was screened, followed by a discussion with Simon Kouklewsky. Following the SUSK executive elections, and an afternoon spent visiting Montreal, delegates heard the results of the elections during a reception that featured a keynote address by former SUSK President Artem Luhovy and a dance (zabava) with music by Skopa.

In essence, SUSK serves as a coordinating body for Ukrainian students’ organizations providing a national forum in which their concerns are discussed. SUSK represents Ukrainian Canadian students as an organized body, providing resources to start a Ukrainian student organization, a forum to discuss ideas and advertise events, information about sources of funding for clubs and events, a list of Ukrainian Canadian scholarships and awards for students to see, and coordination of events on a national level to bring more awareness.