In Kyiv, at the funeral services for Myroslav Skoryk.

WASHINGTON – In a music career spanning over 60 years, Myroslav Skoryk became Ukraine’s most celebrated composer. He produced a stunning array of compositions. His unique and colorful language could be heard in all forms of orchestral music, choral music, ballet, opera (Pope John Paul II blessed and financed the Lviv premiere of his opera “Moses”), chamber music, concerti and solo pieces for piano and violin, as well as music scores for over 40 films, the most famous of which was Paradzhanov’s “Shadows of Forgotten Ancestors” (1965). Most recently, He was artistic director of the Kyiv Opera in 2011-2016. 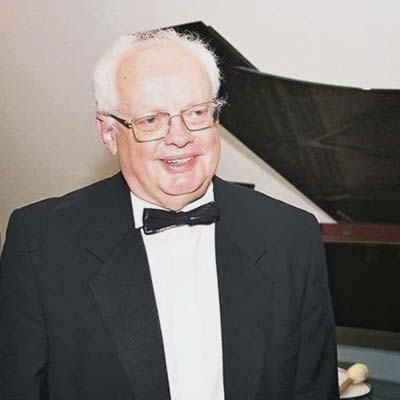 Myroslav Mykhaylovych Skoryk was born on July 13, 1938, in Lviv. His father was a historian and ethnographer, and his mother a chemist, both educated in Vienna. The family was musical; his father played the violin and his mother played the piano. In 1947 his family was deported to Siberia for “anti-Soviet” activity and was not released until 1955, after Stalin’s death.

When Myroslav’s great aunt, the famous Ukrainian soprano Solomiya Krushel­nytska, discovered that he had perfect pitch, he began to seriously study music. Skoryk was enrolled in the Lviv Conser­vatory from 1955 to 1960, studying with the composer Stanyslav Liudkevych, who took a special interest in his student. He did post-graduate studies at the Moscow Conservatory, where he studied with the composer Dmitry Kabalevsky.

After graduating, Skoryk was a professor at the Lviv Conservatory and then the Kyiv Conservatory, where he taught composition and theory, focusing on modern harmony techniques. It is said by Skoryk’s students that he was strict and demanding; he did not tolerate students who came unprepared, and he encouraged and inspired them to excel and to work independently. Yevhen Stankovych and Ivan Karabyts were among his most famous students.

Skoryk was also a pianist and conductor. Violinist Oleh Krysa developed a friendship with Skoryk in the 1950s, which grew into a close collaborative relationship. Krysa was the first artist to perform his First and Second Violin Concerti, and his Second Violin Sonata. He recalled, “Skoryk was not only a genius composer, he also played beautifully on the piano and violin, and was an intellectual, highly productive and a real Ukrainian patriot.”

In 1982 the Soviet film “High Mountain Pass,” for which Skoryk wrote his famous “Melody,” was released. When asked about the music, Skoryk said he wrote it to convey his understanding of tragedy and profound sadness, something impossible to express in words. Remarkably, this piece was not censored and it made an important statement. “Melody” has since become the spiritual hymn of Ukraine.

Pianist Volodymyr Vynnytsky, who knew Skoryk for some 30 years, wrote, “The death of Myroslav Skoryk stopped us in our tracks. It was a painful loss for the music world, for Ukraine and for close friends. He was a modest person with a rare sense of humor. Modesty is a reflection of intelligence, and a sense of humor is the strength and talent which God bestowed on the Ukrainian people. His achievements required painstaking daily work on the creative level. Of this, Myroslav Skoryk was an exemplary model– a genuine creator.”

Hobart Earle, conductor and music director of the Odessa Philharmonic Orchestra, also knew Skoryk for almost 30 years. In 1996 Mr. Earle conducted the American premieres of Skoryk’s “Carpathian Concerto” for the 10th Anniversary of Chornobyl Commemorative Concerts at the United Nations in New York and the Kennedy Center Concert Hall in Washington, where the concert was co-sponsored by The Washington Group Cultural Fund and the Washington Performing Arts Society. 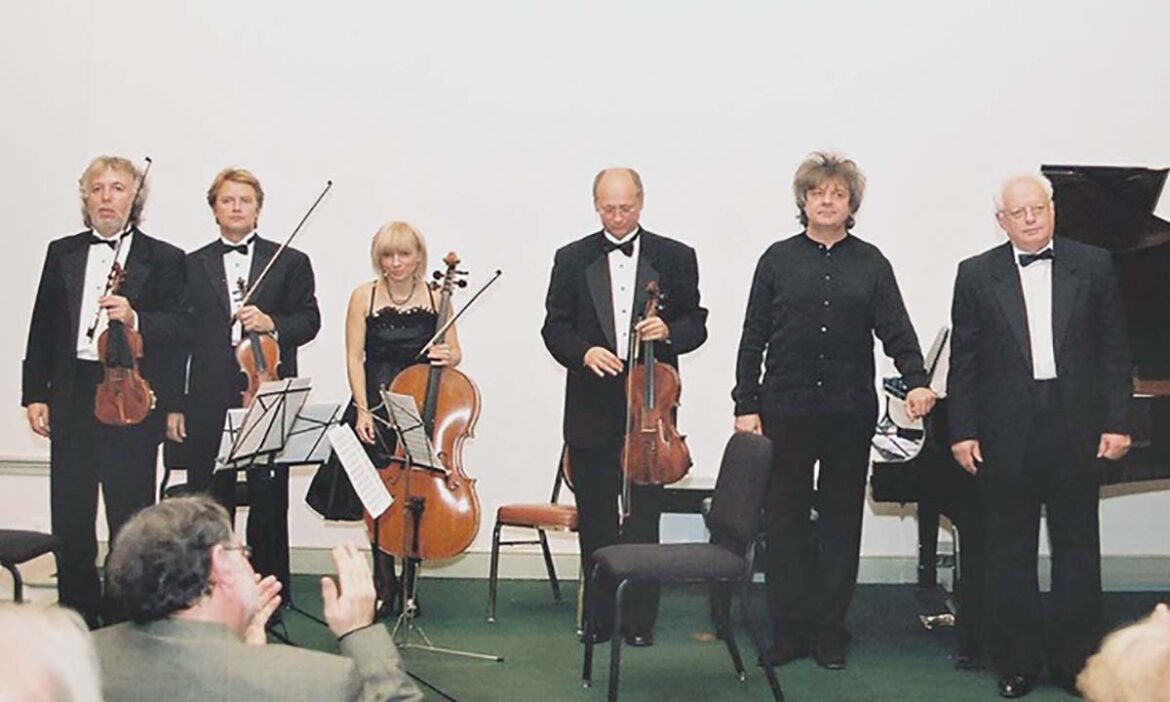 Myroslav Skoryk with friends at his 70th anniversary concert organized by The Washington Group Cultural Fund in 2008.

In 2013, in honor of Skoryk’s 75th anniversary, Maestro Earle recorded a CD of his works on the Naxos label. Founder of the Naxos label Klaus Heymann, a legendary figure in the music world, said “anybody encountering Skoryk’s remarkable music for the first time will be instantly hooked.” Of Skoryk, Mr. Earle said, “He was an outstanding symbol of Ukraine, a legend during his life, and will remain so for many, many years.”

The Washington Post’s chief music critic at the time, Joseph McLellan, had wonderful things to say about Skoryk’s music and its performance by violinist Solomia Soroka in a concert organized in 2000 by the TWG Cultural Fund. In his review he wrote, “To the best of my recollection, I had never heard a note composed by Myroslav Skoryk until Wednesday night. He should be better known in this country; he is an original, a composer with a distinct identity, a mastery of many idioms – jazzy, folk-style and moderately avant-garde – that he uses to shape works embodying piquant contrasts, convincing climaxes and sometimes impish wit.”

Skoryk had many talents and interests. He would tell his music colleagues that he loved football (soccer) even more than he loved music. His colleagues called him the “football virtuoso” when he played soccer with them in Lviv’s Striysky Park. He was also called the “mushroom academic,” because he loved to pick mushrooms in the Carpathian Mountains and was very knowledgeable about them.

On behalf of the TWG Cultural Fund, it was this writer’s honor and great pleasure to host Myroslav Skoryk, along with his wife and friends, when they came to Washington. He was an engaging, thoughtful and soft-spoken man who lived life to the fullest.

Funeral services were conducted in Kyiv and Lviv, and he was laid to rest at Lychakiv Cemetery in Lviv.