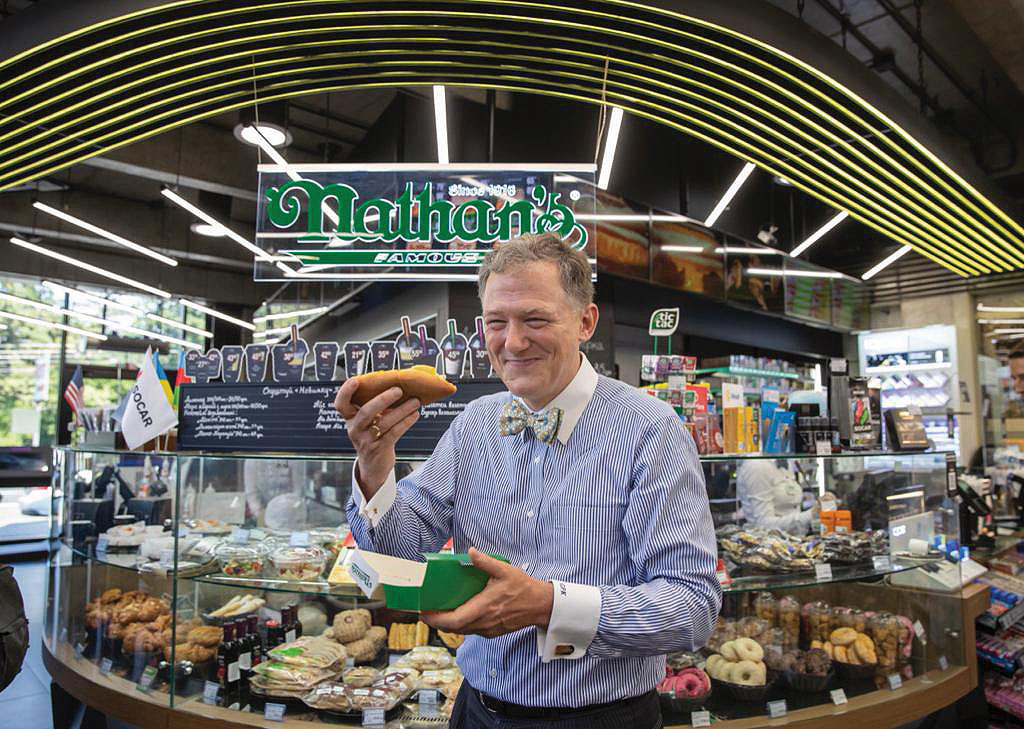 KYIV – Nathan’s Famous, New York’s legendary hotdog vendor, made its way to Ukraine’s capital on July 14 with much fanfare.

“It was fantastic…it was a lot of fun, events like this brings in a lot of people,” Mr. Walker told The Ukrainian Weekly.

Mr. Hunder, a British citizen, said the hotdogs “were the best I’ve had in Ukraine.” He added that Nathan’s market entry is a “good signal that more U.S. brands are coming to Ukraine,” in addition to quick service outlets already present in the country, such as KFC, McDonald’s and Domino’s. 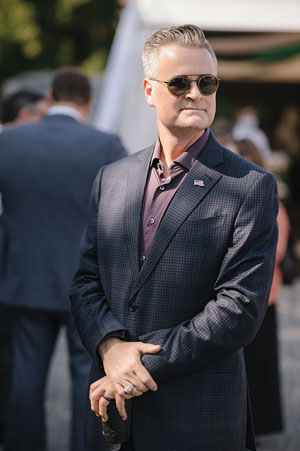 Nathan’s Senior Vice President for Restaurants James Walker looks on at the vendor’s grand opening in Kyiv on July 14.

Consistent with its quality-assurance policy, the vendor offers its 100-percent pure beef links with the usual toppings of sauerkraut, bacon, cheese, chili and cheese and relish, along with its customary crinkle-cut fries with their own topping choices.

The timing of the event coincided with the 129th birth year of Nathan’s Famous founder, Nathan Handwerker, who was born in a part of Galicia that is in modern-day Ukraine, Mr. Walker said.

The U.S. immigrant started his business in 1916 by opening a “nickel hot dog stand on Coney Island, with a $300 loan and his wife’s secret recipe,” according to the company’s website.

Following focus-group tasting sessions and after listening to peoples’ reactions near the grill at the grand opening, Mr. Walker said the reason why Nathan’s “hotdogs are superior” is because they have no fillers like soy and use “only beef that is the same as a high-quality hamburger” meat.

All that is added are “proprietary seasonings…and then they are smoked as the final step,” he said. 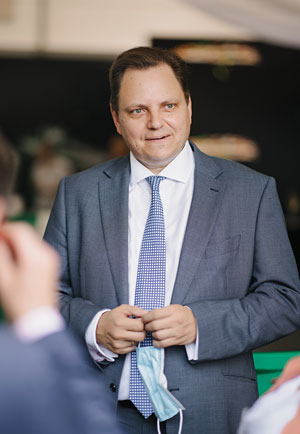 Andy Hunder, president of the American Chamber of Commerce in Ukraine, glances around the grand opening of Nathan’s Famous hotdogs in Kyiv on July 14.

Mr. Walker said the feedback he received shows that the frankfurters “taste better, have better texture and better aroma” than what is available in Ukraine.

Nathan’s has teamed up with SOCAR, a well-established fuel station chain owned by the Azerbaijani government, which has exclusive franchising rights. As a result of the partnership, Nathan’s is so far available at six locations in and around Kyiv.

The gas station network was chosen for its “access to capital, real estate, human capital…and the opportunity to grow the brand,” Mr. Walker said.

In-country expansion plans include taking a step to expand the available production line to possibly offer hamburgers, chicken wings and hoagies, and offer the brand’s fare along the busy Kyiv-Odesa highway, as well as in other partnered SOCAR outlets. The plan will also explore retail options to sell Nathan’s Famous sausage links in grocery stores, Mr. Walker said.

As consumers, Ukrainians “are sophisticated, they are worldly…and they explore globally – at least virtually on the internet” is how Mr. Walker described the local market. “We see a potential demand for our hotdogs and an opportunity to provide a higher quality New York hotdog.”

In March and during the ongoing COVID-19 pandemic, the company announced that it had already expanded into another five countries.

Ukraine marks the vendor’s 17th global market entry. Its food offerings are available in Canada, Mexico, Brazil, Malaysia and Singapore, among others. 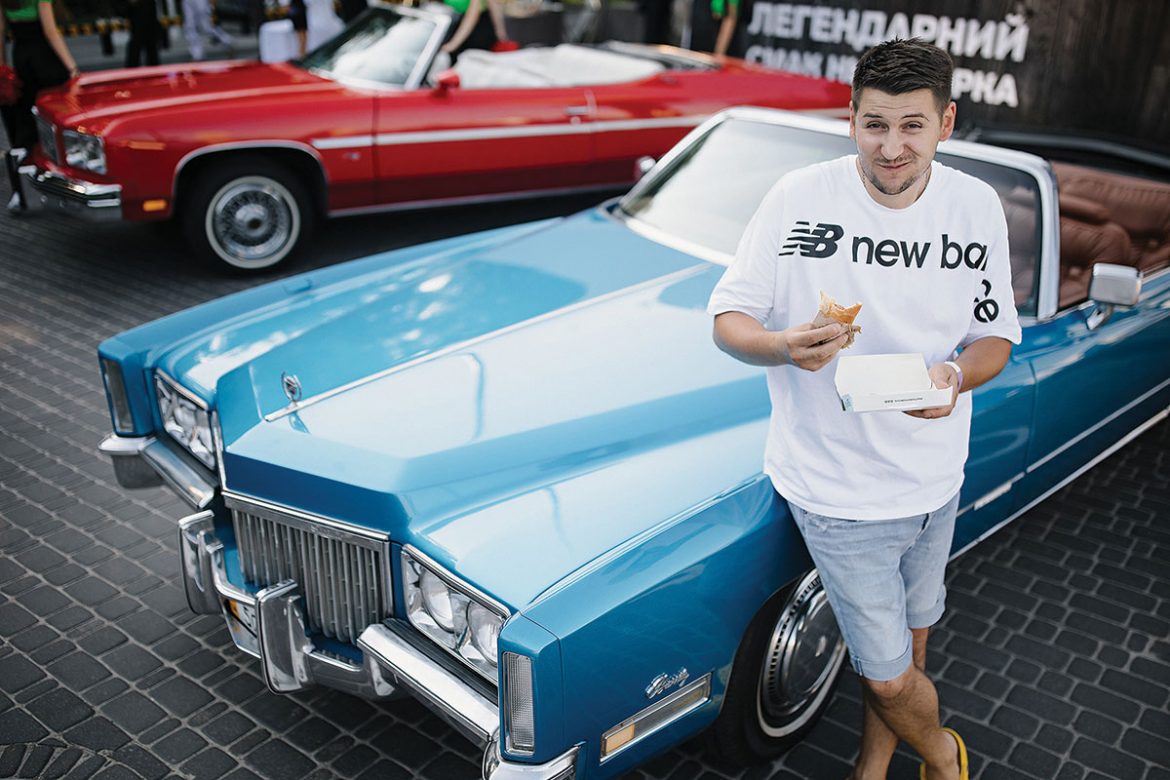 An attendee of the grand opening of Nathan’s Famous hotdogs in Kyiv enjoys a bite while leaning against a vintage U.S.-manufactured convertible passenger vehicle.