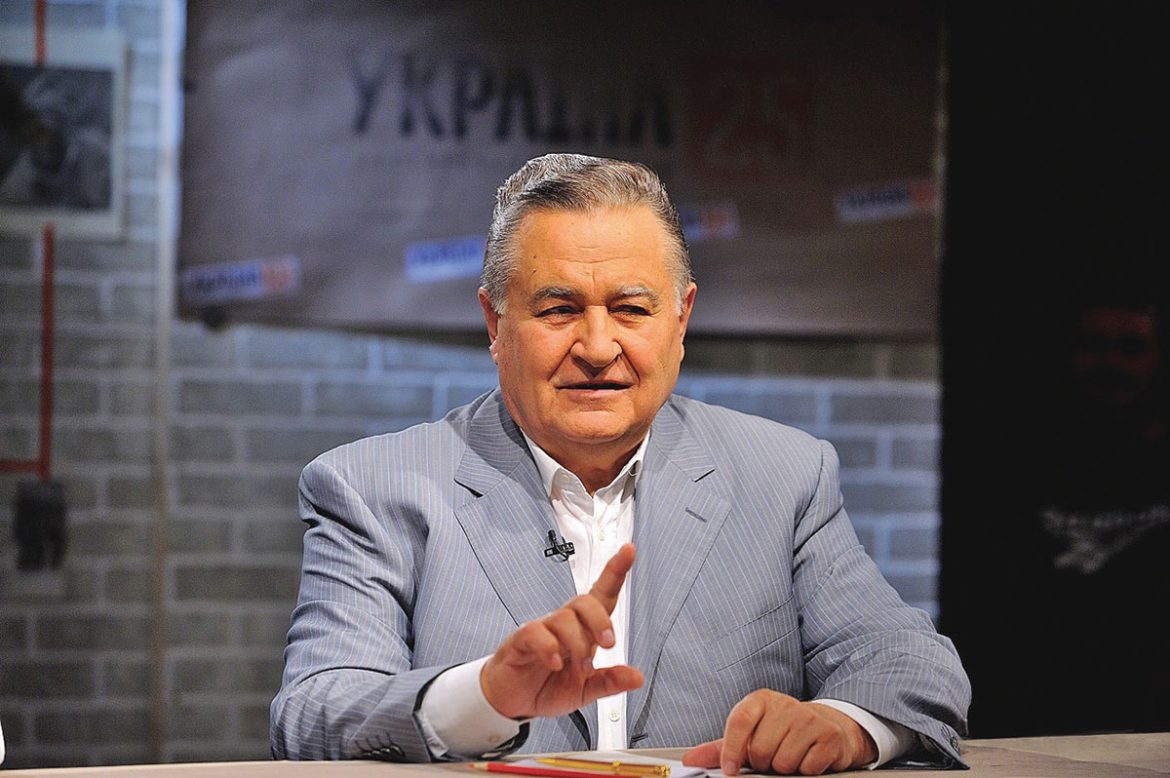 KYIV – A prominent statesman who helped shape Ukraine’s nationhood during much of its formative years after renewed independence in 1991 died over the past week.
Yevhen Marchuk, 80, died on August 5 from complications of COVID-19. He was buried in Kyiv’s Baikove cemetery two days later.

“The coronavirus disease exacerbated the diseases he suffered from and provoked acute pulmonary heart failure,” said a statement by the Security Service of Ukraine (SBU), which he had founded in 1991 and initially led. The SBU succeeded the Soviet-era KGB.
President Volodymyr Zelenskyy acknowledged his service to the country on social media.

Mr. Zelenskyy lauded Mr. Marchuk’s efforts during retirement to find peace in the Russia-instigated war in eastern Ukraine and secure the release of illegally detained Ukrainians as the former head of the county’s delegation to the Trilateral Contact Group (TKG) in Minsk.

Mr. Marchuk “devoted his entire life to protecting the national interests of Ukraine,” the president tweeted. “Thanks in part to his efforts, the TKG in Donbas has established a regime of silence that persists to this day. His experience is invaluable.”

Some 14,000 people have been killed in the war since Russia first forcibly seized Ukraine’s Crimean Peninsula in 2014 and then covertly invaded the two easternmost regions of Luhansk and Donetsk. An additional 1.5 million people have been internally displaced in Europe’s only ongoing shooting war.

Born in Odesa Oblast in what is today the Kirovohrad region, he completed his training as a language teacher in 1963. Having credentials as an instructor of the Ukrainian and German languages, Mr. Marchuk joined the KGB spy agency and worked in foreign intelligence.

He would eventually head the Ukrainian unit of the KGB’s fifth department that dealt with dissidents. Soviet Ukrainian dissidents like the late Levko Lukianenko and Iryna Kalynets had credited him for being a “decent” person and for being one of the few KGB officers who spoke Ukrainian to detainees.

“My long-time dissident friends…were Marchuk’s close friends and often credited him for protecting many that Moscow sought to destroy,” said James Sherr, a Briton who is a senior fellow at the Estonian Foreign Policy Institute. “He evolved into a true Euro-Atlantic visionary, long before it was fashionable in Ukraine.”

By the time of Ukraine’s renewed independence following a referendum vote in 1991, Mr. Marchuk had the rank of first deputy head of the USSR’s KGB. In 1994, then-President Leonid Kuchma appointed him to the position of general in the Armed Forces. The former general also ran unsuccessfully for president numerous times and was once seen as a promising candidate in the disputed 1999 presidential election that Mr. Kuchma won for a second term versus Petro Symonenko of the now banned Communist Party. 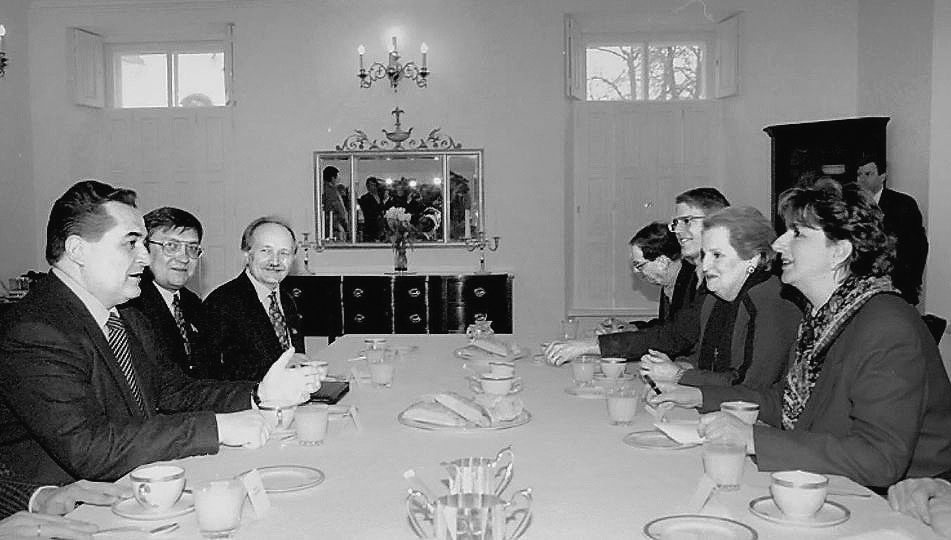 About 8 percent of the electorate voted for him that year when he finished in fifth place in the first round. The victor, Mr. Kuchma, would appoint him as defense minister in 2003 and the succeeding president, Viktor Yushchenko, appointed him as a non-staff adviser in 2008.

Foreign and local analysts of Ukraine and former diplomats to the country also commented on the passing of Mr. Marchuk, whose positions included serving as prime minister and the head of the National Security and Defense Council.

Commenting to the Washington-based think tank Atlantic Council, former U.S. Ambassador to Ukraine John Herbst said that he remembers the deceased as “a serious, dignified man and good colleague who recognized the importance of strong relations between Washington and Kyiv.”

Mr. Herbst, who is the current director of the analytical center’s Eurasia Center, added that Mr. Marchuk was more than a former defense minister during the time when Mr. Herbst represented the U.S. in Kyiv.

“During his career, he also served as head of the SBU, prime minister, and first deputy prime minister. In other words, he was among the small group of senior officials steadying Ukraine as it navigated its first years of independence,” Mr. Herbst said.

Mr. Sherr added that he remembers the former KGB officer as “a perceptive, strong and farsighted man, sturdy in his judgments, deep and practical in his knowledge, and in no way short of courage.”

As a statesman, Mr. Marchuk pushed for Ukraine’s integration with the U.S. and European institutions and away from Russia’s grasp.

He “ranks among the most important pioneers of Ukraine’s Euro-Atlantic course,” said Danylo Lubkivsky, director of the Kyiv Security Forum. “He was at the heart of efforts to bring Ukraine back to a united Europe, join the Council of Europe, and achieve the goal of NATO membership.”

Regarding the nation builder’s achievements, member of parliament Lisa Yasko owf the Servant of the People party said hardly anybody could surpass him.
“Arguably no other politician in modern Ukrainian history has such a distinguished record,” she said.

Mr. Marchuk is survived by his wife Iryna Ivshyna, chief editor of the Den (Day) newspaper based in Kyiv, and his two sons Taras and Vadym.