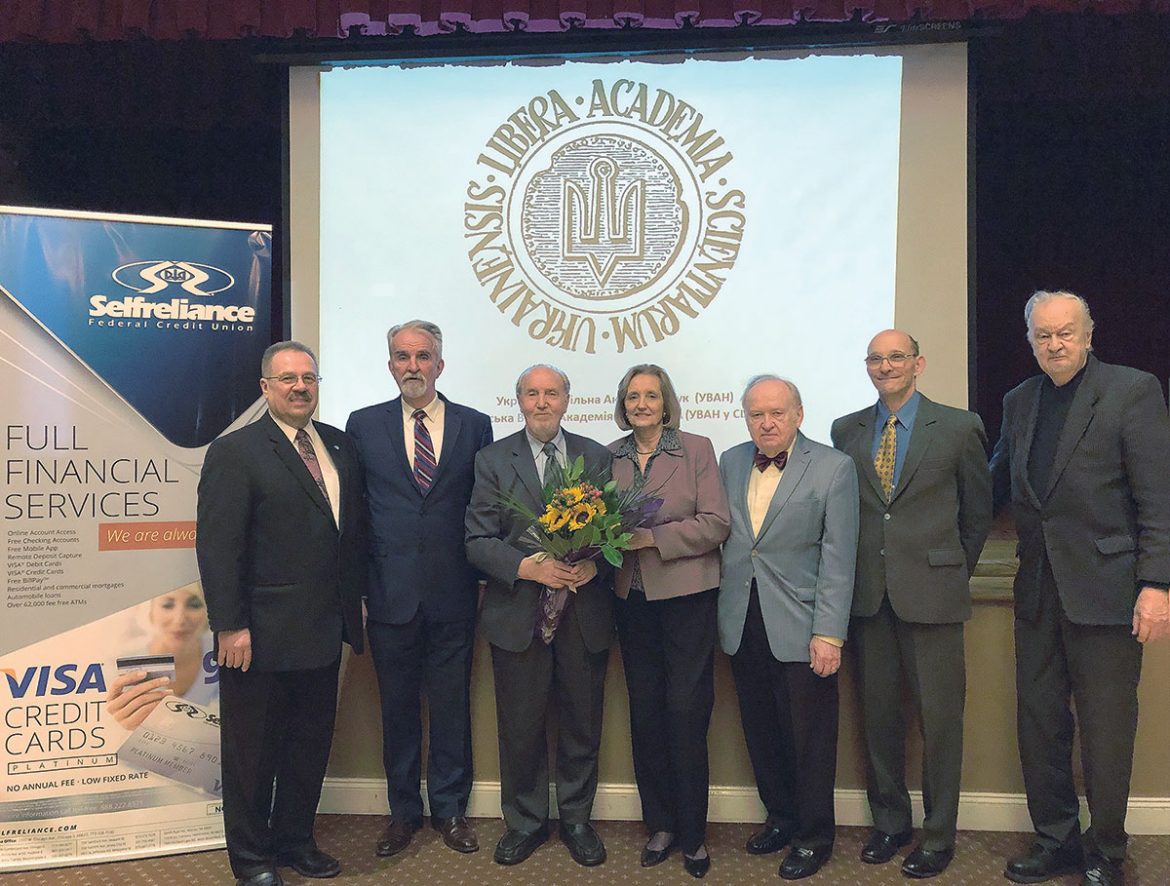 Titled “Ukraine in the Twentieth and Twenty-First Centuries: The Unending Complexities of Survival,” the book deals with Ukraine’s pursuit of sovereignty and statehood during the periods of World War I, the Ukrainian Revolution of 1917-1921, the interwar period and World War II.  As the author notes in his Preface, the introductory article – titled “The Ukrainian National Idea” – “connects all the other articles that reveal the multidimensional destiny of the Ukrainian people, who passed from colonialism and servitude to the struggle for independence.”

Most of the essays in this new volume were previously published in a number of scholarly journals. Covered are the establishment of the Ukrainian state in 1917, the Holodomor of 1932-1933 and controversial topics such as the Ukrainian resistance movement, Ukrainian-Polish relations and Ukrainian-Jewish relations because, as Dr. Hunczak points out, “the truth about those tragic years is still frequently distorted.”

The book presentation at the UACCNJ was organized by the Ukrainian Academy of Arts and Sciences in the U.S. (known by its Ukrainian-based acronym as UVAN) in commemoration of the 100th anniversary of Ukraine’s initial proclamation of independence in 1918. It was sponsored by the Morris County, N.J., branch of the Ukrainian Congress Committee of America (UCCA) and Selfreliance Federal Credit Union.

Opening remarks were by Dr. Albert Kipa, president of UVAN, who offered a brief historical background of that association of scholars which next year marks its 70th anniversary, citing in particular its publications and archives. Prof. Hunczak’s book is published as part of The Annals of the Ukrainian Academy of Arts and Sciences in the U.S., Inc. (Volume XXII, 2009-2018, Number 51).

Dr. Leonid Rudnytzky, president of the World Council of Shevchenko Scientific Societies, delivered a salutation to the author and read a letter congratulating him on the publication of his latest book. He described Dr. Hunczak as “a brilliant historian” and someone “who was personally involved in the phenomenon we call free Ukraine.”

Observations and reflections on the historian’s new book were presented by Dr. Mark Thomas, adjunct professor of political science at LaSalle University, and Dr. Volodymyr Zaryckyj, executive director of the Center for U.S.-Ukrainian Relations.

Dr. Thomas noted that Dr. Hunczak’s book “provides amazing perspective on overlooked and understudied aspects of Ukrainian history.” He cited the information warfare of Russians that depicted and continues to depict Ukraine as, for example, a country of anti-Semites or an existential threat to Russia. The author “dispels these myths,” tackling such topics as the Christianization of Rus’, the Zaporozhian Kozaks, the Euro-Maidan and Ukrainian nationalism, and “uncovers the truth that is out there,” Dr. Thomas said.

Dr. Zaryckyj said the new book “defines Taras Hunczak’s work – his life’s efforts.” The author “takes on challenging topics,” among them the allegation “that the Ukrainian national idea was a German notion,” adding that “this is a paradigm pursued still today by the Russians.”

“Most historians would take on one of these topics, but Taras Hunczak in his book tackles 12 thorny subjects,” Dr. Zaryckyj continued. Written over the span of half a century, the essays show that Dr. Hunczak “deserves the title of master historian and is, in fact, an information warrior.”

The commentaries by Drs. Thomas and Zaryckyj were followed by questions from the audience and then brief remarks by Dr. Hunczak, who acknowledged those who provided technical and editorial assistance, as well as the dedicated support of his wife, Olga.

Michael Koziupa, speaking for both the Morris County UCCA and Selfreliance, thanked the New York-based Ukrainian Academy of Arts and Sciences in the U.S. and expressed his hope that other such events would be held at the UACCNJ.

Afterwards, the author, his fellow scholars and the audience enjoyed the opportunity to mingle at a wine-and-cheese reception. Audience members were able to purchase a copy of Dr. Hunczak’s book and have it autographed.