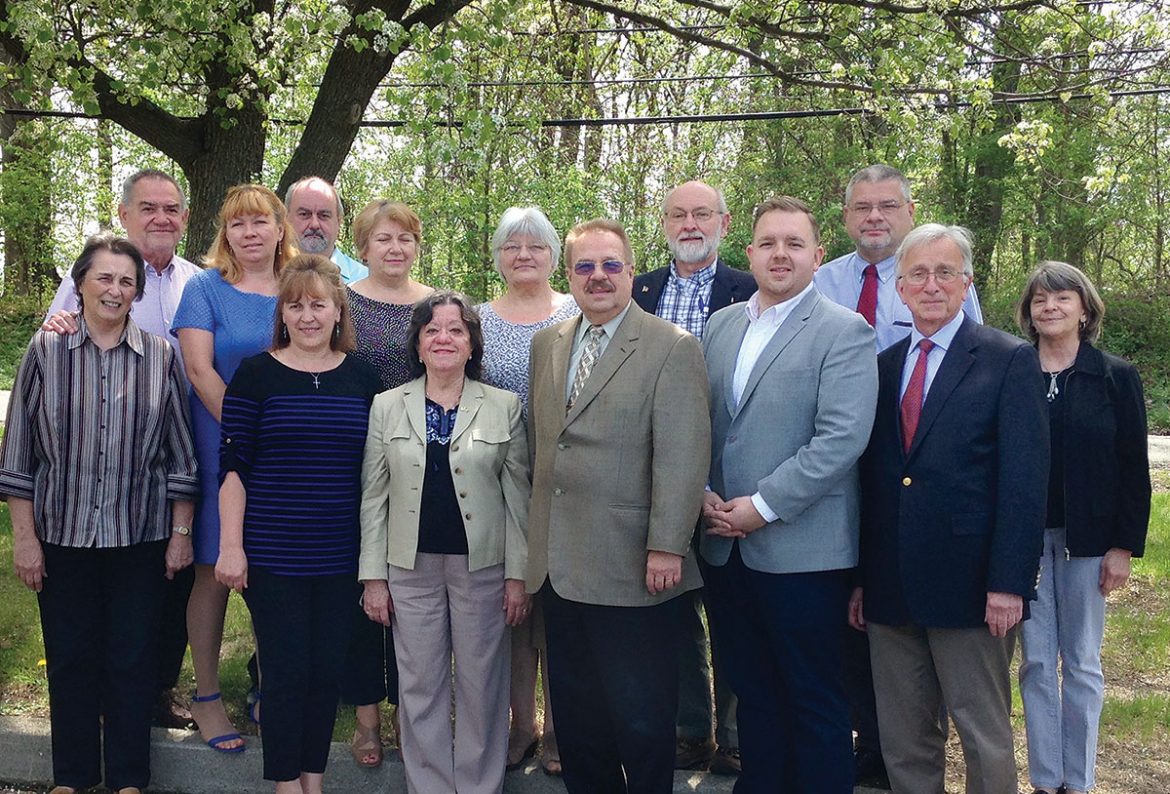 UNA’ers gathered for the annual meeting of the New Jersey District Committee.

Also present as a guest was Myron Kolinsky, chairman of the Connecticut District Committee, who works at the UNA Home Office as finance manager.

Mr. Koziupa was elected to chair the meeting, while George Stanko was tasked with recording the minutes.

She noted that the UNA was once again well-represented at various festivals throughout New Jersey, and that Mr. Kolinsky had visited three schools of Ukrainian studies and one Ukrainian parochial school in New Jersey to distribute UNA coloring books and pencil cases. She also cited the work of Michael and Nancy Bohdan, who always help at festivals. Ms. Stanko herself manned a UNA table before and after Sunday liturgies at St. John the Baptist Ukrainian Catholic Church in Whippany, N.J.

Ms. Stanko also told the assembled that, though she had recently retired from her full-time position at the UNA Home Office, she intends to remain active as a professional selling UNA products and in assisting Home Office executives and personnel as needed.

Walter Honcharyk, the district treasurer, reported on the income and expenses for 2017 through March 31 of this year.

Speaking on behalf of the district’s auditing committee, Valia Kaploun reported that all books were in order.

Mr. Symczyk then spoke about news from the UNA Home Office, including a new website that will be unveiled for the UNA convention on May 18-20. He also said the Home Office is working on the recruitment of sales agents and courses for branch secretaries, and that the UNA will continue its efforts to reintroduce itself to the Ukrainian community with more events in local communities. Also in the works for the UNA is a return to the annuity market.

Mr. Symczyk noted that 2017 marked the fifth consecutive years of net profits for the UNA and that the organization’s surplus has reached $10.6 million.

During the ensuing discussion, among the topics broached were the need for seminars about insurance and the importance of follow-up in organizing efforts.