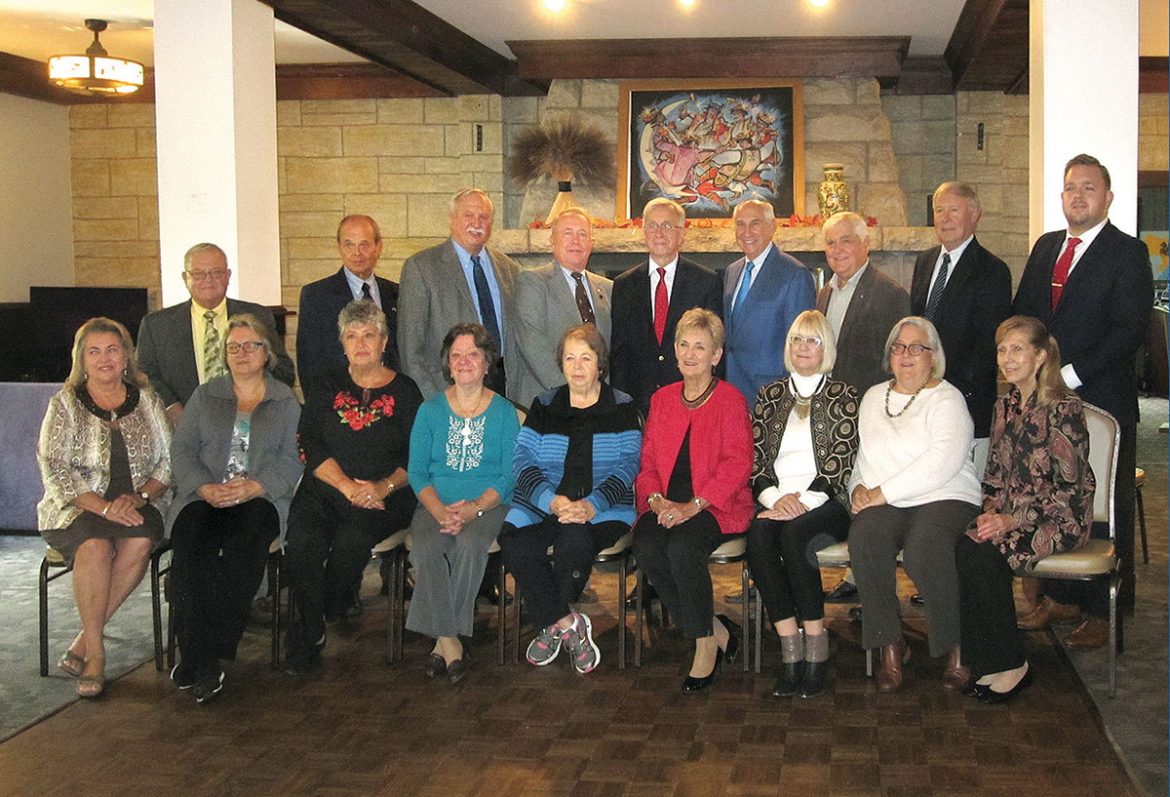 Members of the Ukrainian National Association’s General Assembly for 2018-2022 at their special meeting on October 12-14 at Soyuzivka Heritage Center.

KERHONKSON, N.Y. – The Ukrainian National Association’s General Assembly convened its first post-convention meeting here at Soyuzivka Heritage Center on Friday through Sunday, October 12-14. It was the first meeting of the General Assembly elected for the 2018-2022 term at the UNA convention held in May.

Other General Assembly members, as well as the editor-in-chief of the UNA’s official publications, Svoboda and The Ukrainian Weekly, submitted brief written reports and had an opportunity to address the meeting. The reports were brief, as some members are newcomers to the General Assembly, while others had recently submitted lengthier reports, covering a four-year period, at the UNA Convention on May 18-20.

The annual meeting began with an opening ceremony during which a prayer was offered for the success of the meeting and the American, Canadian and Ukrainian national anthems were sung. A moment of silence was observed in honor of UNA activists who had recently passed away.

The General Assembly in session.

First on the agenda was an orientation session for new members of the General Assembly, which was followed by reports prepared for the special meeting.

In his report, President/CEO Kaczaraj noted that the UNA is doing well and moving forward. He pointed to the growth of the UNA’s surplus by nearly $407,000 as of the end of the second quarter of 2018 and said the surplus has now grown to over $11 million.

CFO/Treasurer Lisovich underscored that the UNA finds itself in a “very good, healthy stance”: for the sixth straight year the fraternal organization has enjoyed net profits, its capital surplus is steadily increasing and the organization has an extremely strong portfolio of investments. The UNA’s total net admitted assets are close to $185 million. Conducting a comparison of the UNA with similar-sized fraternals, Ms. Lisovich noted that the UNA’s performance is better than average.

COO/National Secretary Symczyk updated General Assembly members on the new security and cybersecurity measures now in place at the Home Office, as well as steps being taken to move the UNA forward technologically speaking. Already available on the new UNA Agent Portal are e-illustrations for UNA products; in the works are forms and documents used by agents and branch secretaries that will be downloadable from the UNA’s redesigned website. Mr. Symczyk also reported on the activity of National Organizer Myron Kolinsky, who was appointed in July, and noted that the UNA would like to see advisors become more engaged and play a greater role in the fraternal organization’s activities.

Advisor Puzyk, who chairs the special committee established to plan celebrations of the UNA’s 125th anniversary in 2019, as well as the 125th and 85th anniversaries, respectively, of Svoboda and The Ukrainian Weekly, reported that a gala anniversary event is planned in New Jersey, where the UNA is headquartered, and smaller regional events are being discussed.

Editor-in-Chief Hadzewycz noted that the UNA’s two weekly newspapers are now printed in Lancaster, Pa. The decision to switch print shops was motivated by financial considerations. Though the print quality is good, timely postal delivery is an issue. She assured General Assembly members that the publications’ administration is working on the issue and has seen some progress.

On Saturday, Advisor Szul reported on the work of the five-member UNA By-Laws Working Group and explained its planned timeline, in accordance with which delegates to the previous UNA convention will be voting on the organization’s new By-Laws in January of 2020, with the expectation that the revised By-Laws will take effect in March of that year. (The executive officers, auditors and advisors elected in 2018 will continue to serve until the 2022 convention.) Members of the Working Group are: Mr. Szul (chairman), Ms. Lisovich, Mr. Symczyk, Ms. Koziak and Ms. Hadzewycz.

A five-member Standing Committee on the UNA By-Laws is charged with vetting the Working Group’s draft and reviewing the by-laws section by section. Voted to serve on the Standing Committee were: Messrs. Tysiak (chair), Osidacz and Skyba, and Mss. Walchuk and Streletsky.

Three other standing committees of the General Assembly were established: Financial, Membership Outreach and Publications.

The final agenda items were the presentation of a marketing plan by Mr. Symczyk, a session on strategic planning led by Ms. Lisovich and Mr. Tysiak, and participation by all in a SWOT (strengths, weaknesses, opportunities, threats) analysis.

Ukrainian National Foundation President Wasyl Szeremeta was welcomed as a special guest during the final session. Dr. Szeremeta took advantage of the opportunity to welcome General Assembly members and to report on renovations and new projects at Soyuzivka Heritage Center, which is under the aegis of the UNF (an affiliated company of the UNA that performs charitable activities on its behalf).

The next morning, the 125th Anniversary Committee met to plan its next steps for celebratory events in 2019. The committee includes members of the General Assembly, as well as community activists and specialists.