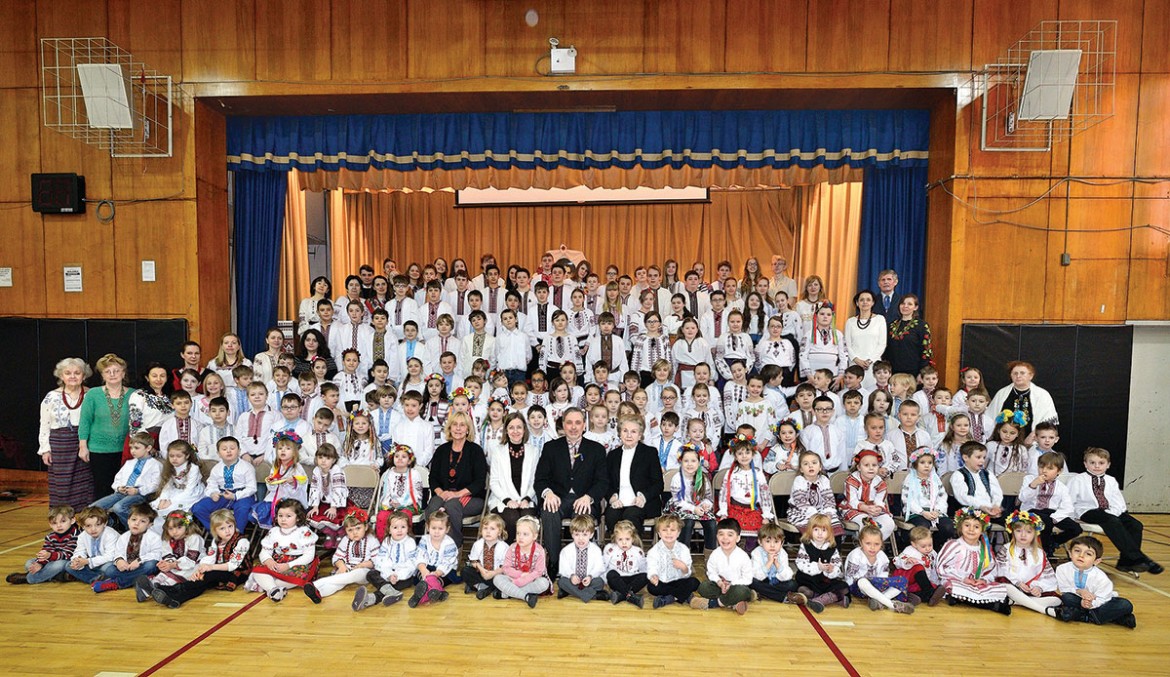 Students and teachers of the Selfreliance School of Ukrainian Studies in New York City gathered for their concert to honor Taras Shevchenko.

Just as one can’t imagine a Ukrainian home without Shevchenko’s “Kobzar,” it is difficult to imagine bringing up the next generation of young Ukrainians without the help of his visionary works. For it is in childhood, that we connect so strongly and purely with our heritage, interpret with every fiber of our being the spirit of heroism and national identity. Thus, loyal and patriotic sons and daughters of a nation are cultivated.

The concert opened with remarks by the school’s principal, Ivan Makar, who underscored the magnitude of the great bard’s works in today’s context, when Ukraine is fighting for its independence and dignity against internal and external foes.

Students and their teachers chose a program of timeless works from Shevchenko’s prolific repertoire. Children of the lower grades recited “Taras’ Flowers” and “We Bow to You, Taras.” Upperclassmen presented classics and original works such as “I Was Turning Thirteen,” “What I Know About Shevchenko,” “Do You Know…,” “A Portrait of Shevchenko” and “Shevchenko and Maidan.”

In addition to poetry, students also paid respect through song. The school choir, directed by Elya Romanyshyn, sang interesting arrangements of the bard’s words set to music, while Nastya Antoniv accompanied on piano.

One of the more emotional performances came from the students of Grades 9 and 10, who prepared a program titled “His Destiny Was Called Ukraine.” This was a multi-media montage of Shevchenko’s poetry, music, prayer and documentary video, linking Shevchenko’s time with ours.

To conclude the school’s celebration of Ukraine’s national poet, students, faculty and guests joined in a heartfelt rendition of Shevchenko’s “Testament” and the Ukrainian national anthem.