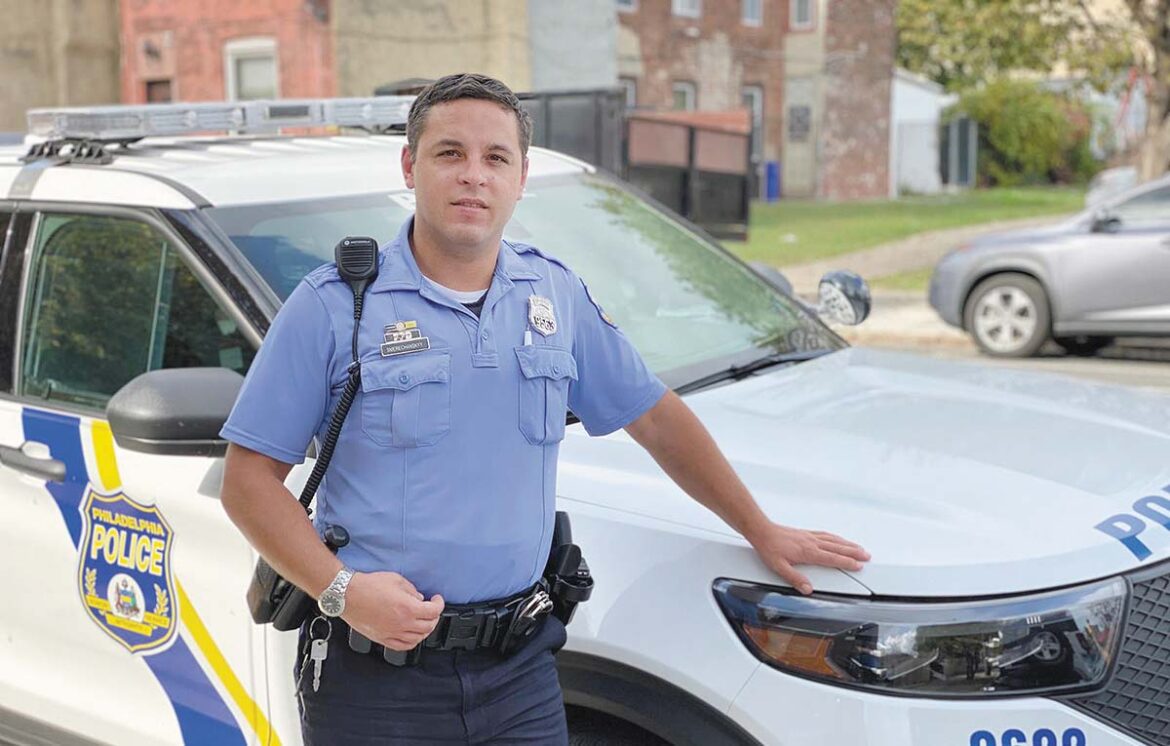 Please tell our readers about your background, when you came to the U.S., how and why you did, where you came from in Ukraine, and what growing up in Ukraine and the U.S. was like.

I was born in Chernivtsi in Ternopil Oblast, Ukraine. My mom won the Green Card lottery and my parents made the decision to immigrate to the United States in search of employment opportunities for themselves and a better education for myself and my two brothers, Taras and Michael. I arrived from Ukraine at the age of 9 in 2000, and settled in Northeast Philadelphia. Although my twin brother, Taras, and I were born in Chernivtsi, we grew up in a small village called Pechorna, located on the outskirts of the historic town called Zalishchyky in Ternopil Oblast. Growing up in Ukraine was a tremendously positive experience, especially since we lived in a small village. The community was very tightly knit, it was very safe and a positive environment. The village itself is beautiful, situated in a valley between the Dnister River and vast amounts of forests and fields. There were children practically in every neighboring house and there was always something to do and somewhere to go. I vividly remember sledding down the valley with friends in the cold Ukrainian winters and swimming and fishing in the river during the summers. It was truly a fantastic place for a child to grow up. I wish that all children could have a safe place to grow up and play, and this is especially true for the Philadelphia neighborhood where I serve. After moving to the U.S., the language barrier prevented us from really having any friends at first. But we were lucky to live right next door to a Jewish American family with four children, who made us feel welcome and helped us learn English. Also, my twin brother and I attended St. Joseph Ukrainian Catholic School in Philadelphia, where we were fortunate enough to meet Luka Kimak (we are best friends to this day). He sat next to us for the entire first year and he helped us learn English and complete schoolwork. Moving away from Ukraine created a sort of void for me and my family and at a young age I began to value the feeling of belonging and the sense of community that we had experienced back in Ukraine. I believe that this is why my family became actively involved with St. Michael Ukrainian Catholic Church in Jenkintown, Pa., and also the Ukrainian Educational and Cultural Center in Jenkintown. My mother currently teaches Ukrainian language and literature at the school on the weekends.

What is your educational background, as your brother, Taras, mentioned to me that you graduated in 2016?

My twin and I were very fortunate to have attended the public, yet prestigious and historically significant Central High School in Philadelphia (class size 269 students). There we were, immersed into almost every culture and, because of it, we truly learned to appreciate diversity of background, opinion, while also respecting the individual spirit. Central prepared us for college and the real world. After graduation from Central, I attended Penn State University (Abington, Pa.), where I earned my degree in criminal justice. After graduating from college, I traveled throughout Southeast Asia and finally ended up living in Thailand, where I taught English to Thai children for several months, while my Philadelphia Police Department application was pending.

What have your interactions as a police officer been with Ukrainians in the U.S., and how have you been active in the Ukrainian community of Philadelphia? Please explain any awards or commendations that you received from the Philadelphia police force.

Upon graduating from the police academy, I walked a beat in the 24th police district. After that, I was transferred to the 26th district, where I currently work. While working on the “last-out tour” (night shift), I focused on tackling property crime problems (thefts and burglaries). This was a major issue in the 26th district and we have come a long way in making a positive difference in the time since I began to work there. As a result of my proactive focus to reduce thefts and burglaries, I have received the Daniel Boyle “Officer of the Year” award, several officer of the month awards and a commendation for merit.

The Ukrainian Catholic Cathedral of the Immaculate Conception is located just on the outskirts of my district and because of it I sometimes come into contact with Ukrainian community members while on duty. Many are pleasantly surprised to be greeted by a Ukrainian-speaking police officer. It is part of my job to build positive connections with folks in the community and having a similar background certainly helps me do that when it comes to Ukrainian Americans who live in and visit the 26th district. As part of building these connections, I also regularly check in with business owners in the 26th police district.  Several of these businesses happen to be Ukrainian-owned and they too are happy to see me when I visit.

Among friends and family, I get lots of questions about the job. Many young people whom I speak with often want to know what it is like to be a police officer and I encourage them to consider a career in public service.

There have been other scenarios that were not quite pleasant – specifically, there were instances where members of the Ukrainian community were victims of crime and because of the language barrier they did not feel comfortable calling the police for help and instead they reached out to ask me for help, which I certainly did. I think that the aforementioned speaks to the importance of diversity in policing. The makeup of police departments needs to be representative of the communities that they serve so that people are comfortable to speak up, to ask for help and report wrongdoing. Also, this helps build trust between police and people at the very least.

Given the large size of the Ukrainian community in Philadelphia, I hope that more Ukrainian men and women will take up a career in law enforcement, and in speaking with you, I hope that this interview will encourage someone out there to do just that – not just here in Philadelphia, but across all of North America, wherever your audience may reside. This is a tough job, but it gives me a great sense of purpose and satisfaction. I hope others out there can realize their calling for public service, and, who knows, perhaps one day I will be out on patrol together with one of them.

I am an active member of the Ukrainian community in Philadelphia, and a parishioner of St. Michael Ukrainian Catholic Church in Jenkintown. In my free time, I enjoy scuba diving, spear fishing and spending time with family and friends.