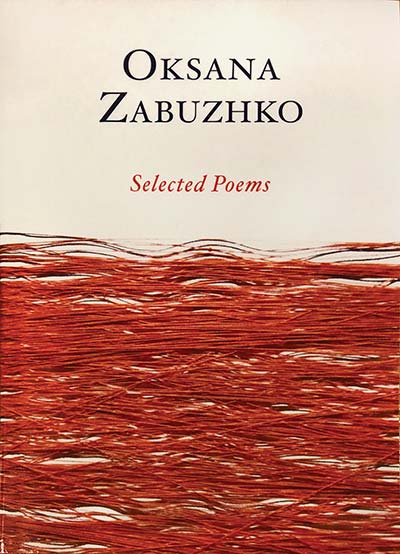 The introduction by Mr. Melnyczuk – aptly titled “ ‘Where Poetry Comes From’: The Phenomenon of Oksana Zabuzhko” – quotes the poet’s observation that “Language, any language, is the capital love of my life,” because “nothing else has the power to synthesize music and myth, two things without which the world would be a totally unlivable place.” Mr. Melnyczuk proceeds to tell readers about Ms. Zabuzhko’s life and works.

The book also includes an essay by Ms. Zabuzhko titled “One Hundred Years of Solitude, or the Importance of a Story,” in which she notes that “Today’s Ukrainian literature is struggling to put into words the most burning human material possible: the reality of war” and underscores: “…rediscovering their identity in the war of independence, Ukrainians have finally discovered how much they have to tell the world.”

An interview with Ms. Zabuzhko conducted by McKenzie Hurder (February 2020) and a letter to the writer from Mr. Melnyczuk (January 2020) round out the book.

Maria Rewakowicz, literary scholar and author of “Ukraine’s Quest for Identity,” calls Ms. Zabuzhko “the most important female author in independent Ukraine,” while Mr. Melnyczuk says she is “Without doubt the most influential literary figure of Ukraine in the last half-century.

The book is available for pre-order from the publisher at www.arrowsmithpress.com.