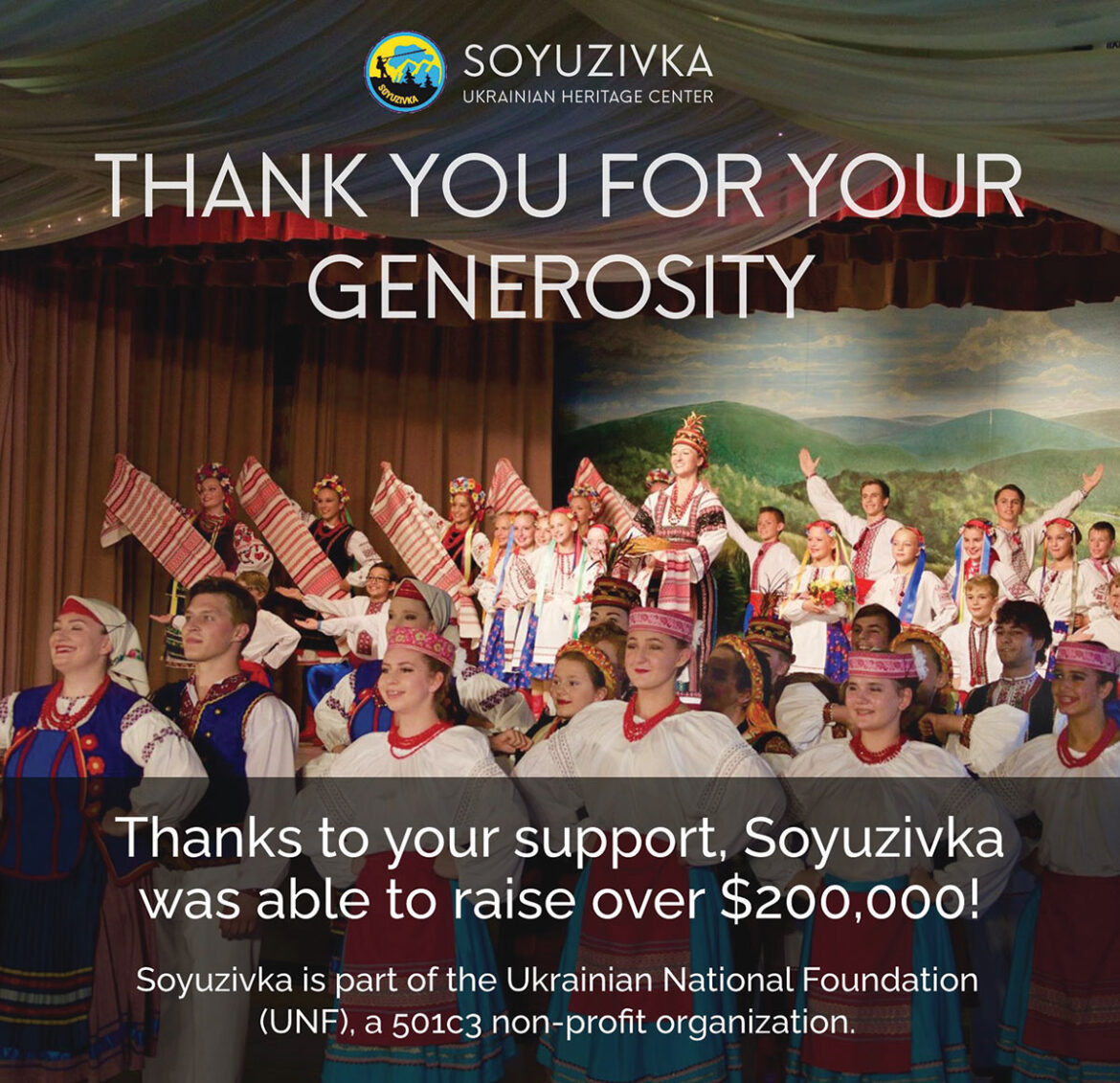 A “thank you” note posted on the Soyuzivka Heritage Center’s Facebook page to all who donated to its online gala “Rekindle the Magic of Soyuzivka.”

PARSIPPANY, N.J. – A virtual winter gala, “Rekindle the Magic of Soyuzivka” that was hosted online on January 16 by the Ukrainian National Foundation, an affiliated company of the Ukrainian National Association, raised more than $200,000 to benefit the Soyuzivka Heritage Center in Kerhonkson, N.Y. The gala was organized with the aim of raising funds for the continued operation of Soyuzivka, which has faced significant financial hurdles as a result of ongoing pandemic restrictions. Those restrictions have temporarily shuttered the center’s camps, festivals and other in-person events.

The Soyuzivka Heritage Center’s Facebook page on January 17 wrote: “Thank you to our Soyuzivka community for your overwhelming support. We hope you felt the magic of Soyuzivka as much as we did yesterday, and we look forward to continuing to #RekindletheMagicof Soyuzivka with you in person, soon.”

Donations to the UNF, a 501 (c) (3) organization, are tax-deductible and the hundreds of donors were recognized in three tiers (Gold, Silver and Bronze) based on donation amounts.

Donations are being directed first to cover the fixed operating costs that Soyuzivka faces due to a loss of revenue from the pandemic for the 2020 financial year. These fixed costs include land, electricity, tax and other related expenses that are crucial to operating the property. After these costs are covered, the remaining donations will go directly to improvements at Soyuzivka.

The UNF thanked all who donated to its virtual gala event to ensure Soyuzivka is able to provide the same Ukrainian cultural and community events for generations to come. Any donation is tax-deductible and will help make a substantial impact.
For a complete listing of the published donors, which will be updated weekly, readers are invited to view the list on the Soyuzivka website, www.soyuzivka.com, where visitors can learn more.