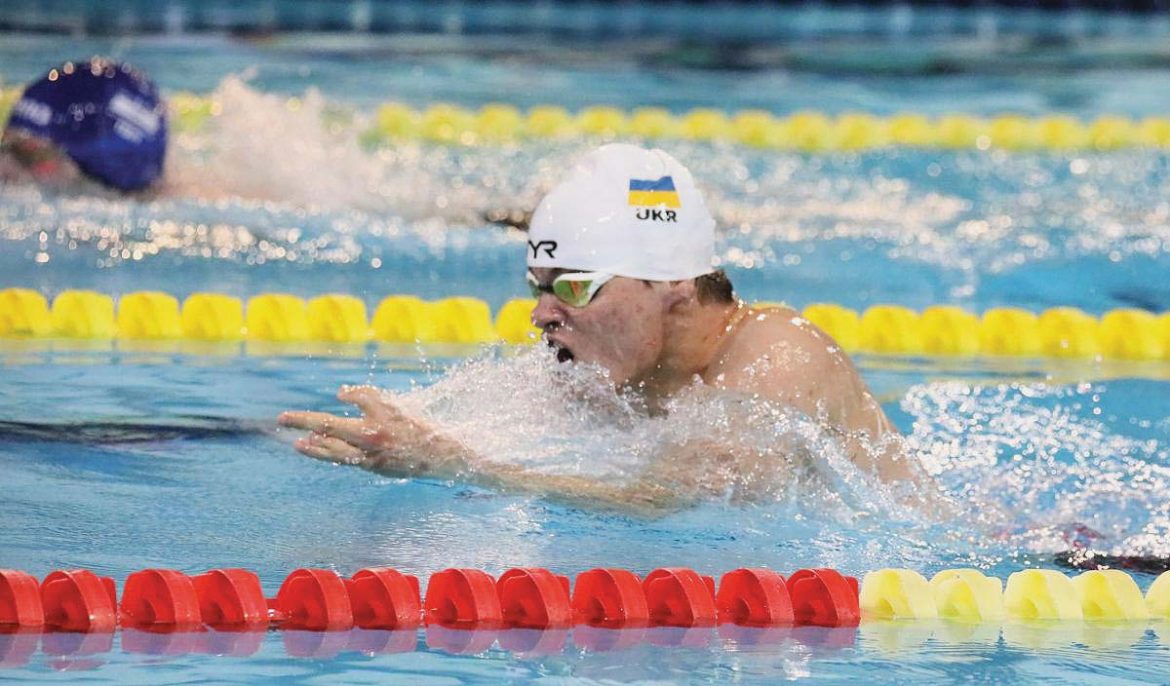 Yevhen Bohodaiko (SB6) swims in the men’s 100-meter breaststroke, an event in which he won the gold medal with a time of 1:20.13 seconds.

Maksym Krypak and Yevhen Bohodaiko spearheaded a Ukrainian gold-medal charge at the Tokyo Aquatics Center on August 28 as Ukraine witnessed five of its athletes atop the podium at the Paralympic Games. Bohodaiko secured his first gold medal of Tokyo 2020 in the men’s (SB6) 100-meter breaststroke event, adding to his two titles from London 2012 and his hat-trick at Rio 2016. Bohodaiko’s time of 1:20.13 seconds saw him narrowly win the event for the third consecutive Paralympic Games.

Krypak matched his compatriot’s Paralympic gold-medal haul with victory in the men’s (S10) 50-meter freestyle, giving him a sixth career title at the Games. He touched the wall in a winning time of 50.64 seconds.

Mykhailo Serbin made it a hat trick of Ukrainian gold medals, with the 17-year-old’s first Paralympic crown secured by clocking 1:08.63 seconds in the men’s S11 100-meter backstroke final. He led a Ukrainian one-two finish in this event, as Viktor Smyrnov won silver in 1:09.36 seconds.

Further Ukrainian success was delivered by Denys Dubrov, who triumphed in a close men’s SM8 200-meter individual medley competition. Dubrov came from behind to win in 2:20.96, 0.10 seconds ahead of China’s Xu Haijiao.