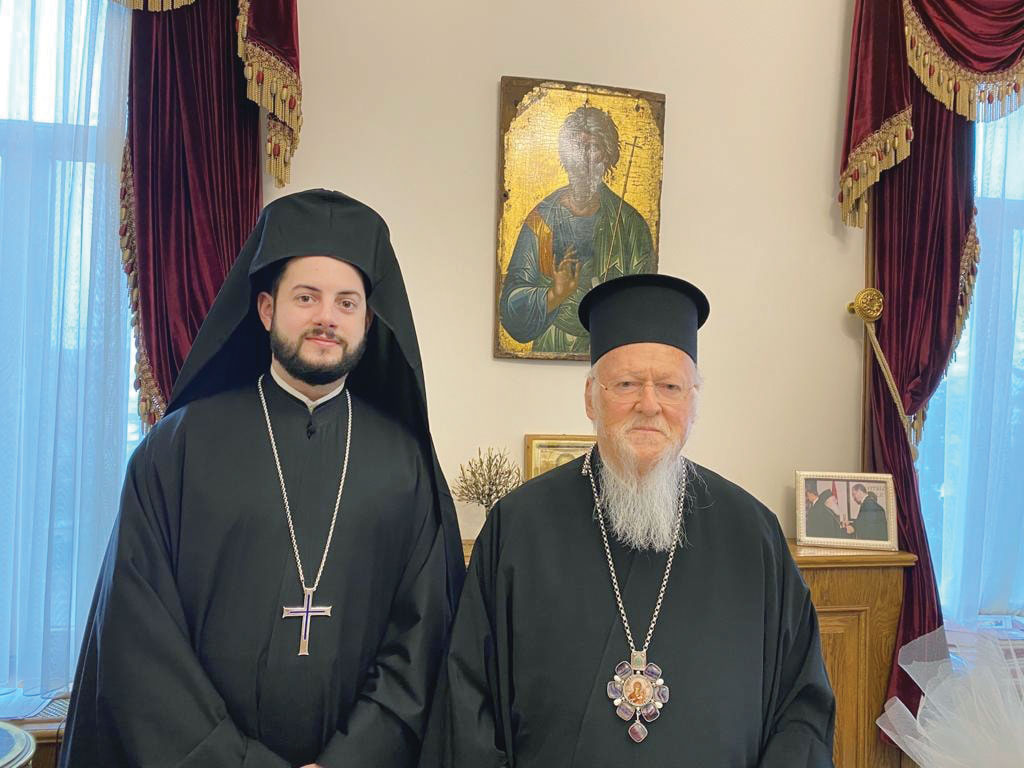 Patriarch Bartholomew invited Andrij Krochak to the Phanar and then ordained him as a patriarchal deacon on November 30, 2018. It is significant that Patriarchal Deacon Iakovos became the first Canadian, the first Ukrainian and the first non-Greek to become a member of the Patriarchal Court.

The Rev. Patriarchal Deacon Iakovos (Andrij) Krochak was born on January 17, 1991, in Saskatoon, Saskatchewan, to a clerical family of Ukrainian background. When he was four years old, he began serving as an acolyte (altar server) at St. Vladimir Ukrainian Orthodox Sobor in Calgary with his father, the Right Rev. Archpriest Fr. Taras. From that early age, Andrij recognized that he wanted to be ordained as a cleric.

In Calgary, Andrij was a member of the Ukrainian Canadian Youth Association/Ukrainian Orthodox Youth (CYMK-UOY) and participated in the Osvita program at St. John’s Institute in Edmonton, where he completed Ukrainian language classes. Later he became a counsellor in the Osvita program. His family has been actively involved in the Ukrainian Self-Reliance League (USRL) as his father was a USRL member and chaplain and his mother, Dobriyka Donna (wife of Fr. Taras), has been a longstanding member of the Ukrainian Women’s Association of Canada (UWAC).

Upon completing his education in Calgary, Alberta, and after beginning studies at the Toronto Orthodox Theological Academy for one year, Andrij moved to Greece, where he attained a bachelor’s degree at the Faculty of Theology of the Aristotle University of Thessaloniki in 2015. Subsequently, he completed his graduate studies at the Ecumenical Patriarchate’s Institute of Graduate Studies in Chambésy, Switzerland. As part of the Institute’s program, he also attended classes at the Faculty of Protestant Theology at the University of Geneva and the Catholic Faculty of Theology at the University of Fribourg (Switzerland). Upon successfully defending his masters’ thesis in 2017, he began work for his doctorate at the Catholic University of Paris. Aside from his native English, he also speaks Greek, French and Ukrainian.