Plast scouts in Philadelphia join hands as they end their year of activities.

PHILADELPHIA – Over this past academic year, Plast Philadelphia was a very active, vibrant community reflecting the Ukrainian scouting organization’s mission of being faithful to God and Ukraine, helping others and living by the Plast code.

The year began with the unveiling of our new “domivka,” the room that is the central meeting place for all Philadelphia scouts. One of the older boy scout troops (the Wild Goats) led the volunteer project with the help of their advisors, Oleh Luba and Marc Chuma, to remodel the room into an area that could be used for both meetings and as a community space. 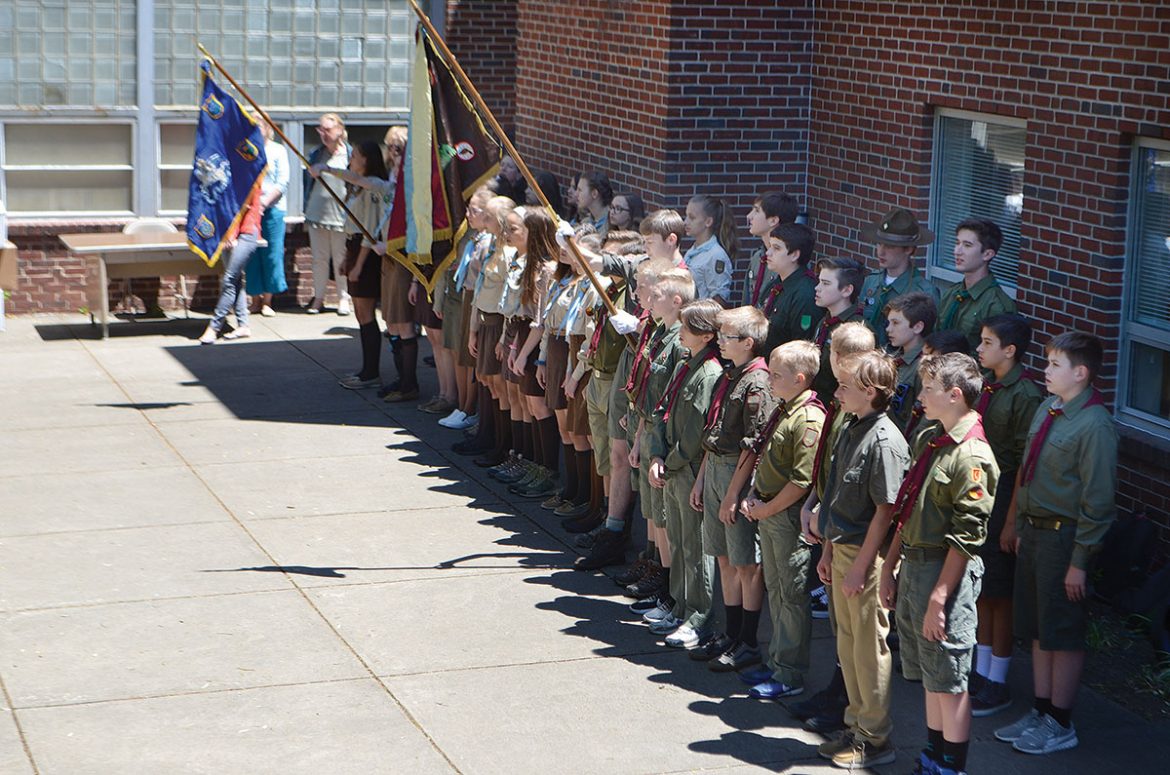 At the year-end ceremony in June, with Plast flags raised.

Replacing old, stained ceiling tiles was only the beginning. From repainting the room with fresher colors to replacing worn and discolored carpeting with modern hardwood flooring, the room was transformed. In addition to months of construction, the scouts also spent hours reorganizing the space by sifting through mounds of old documents and records. Thanks to their diligent work, the Ukrainian scouts in Philadelphia now have a renovated home. 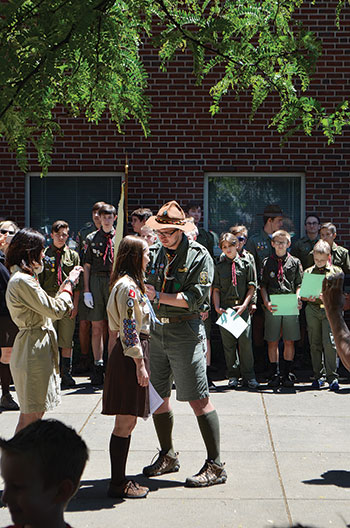 In October, Plast scouts attended a religious retreat at the Sisters of St. Basil. The cub scout troops (“novatstvo”) went on an overnight trip to Ashland, a campground where kids got to experience a nature-filled, technology-free environment and had the opportunity to bond with friends. They also celebrated an annual Halloween event, which gave the younger Plast members a chance to dress-up and play themed games with their Ukrainian peers.

The older scouts (“yunatstvo”) participated in other events as well. Both the older girls’ team and boys’ teams participated in Orlykiada, a Plast competition annually held in November at Soyuzivka Heritage Center in Kerhonkson, N.Y. They came back with awards for their performances at the event.

During the Christmas season, nearly all the scouts went caroling to Ukrainian homes in the Greater Philadelphia area with their troops. They raised money for the Philadelphia branch of Plast, as well as a fund for Ukraine. Additionally, many older scouts from the Philadelphia branch participated in the weeklong Plast Ski Camp in Glens Falls, N.Y., that is organized by the Burlaky fraternity of Plast. 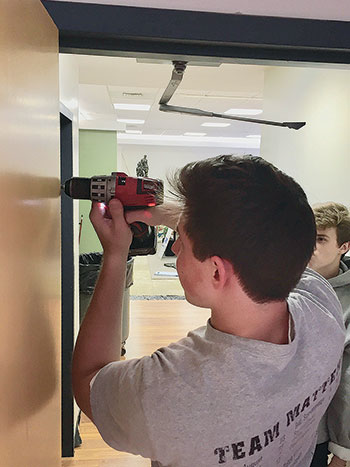 In the spring, many older scouts participated in “Sviato Vesny” (springtime camporee) at the Vovcha Tropa campground in upstate New York. Also, scouts began registering for various summer camps and began preparations for the worldwide Plast jamboree being held in Germany in August.

Plast Ukrainian Scouting Organization’s branch in Philadelphia celebrated the culmination of the 2016-2017 year of activities on June 3. The ceremony included Marika Olijar earning the Plast rank that is equivalent to eagle scout. Many young scouts received badges for their hard work during the year.

The event also included a friendly barbecue with hamburgers and hotdogs at which the over 150 scouts could mingle amidst the beautiful weather.

Over the summer, scouts will venture to camps in Ohio, upstate New York and even Germany, making lifelong friends along the way, but happily returning to their Philadelphia home in September. 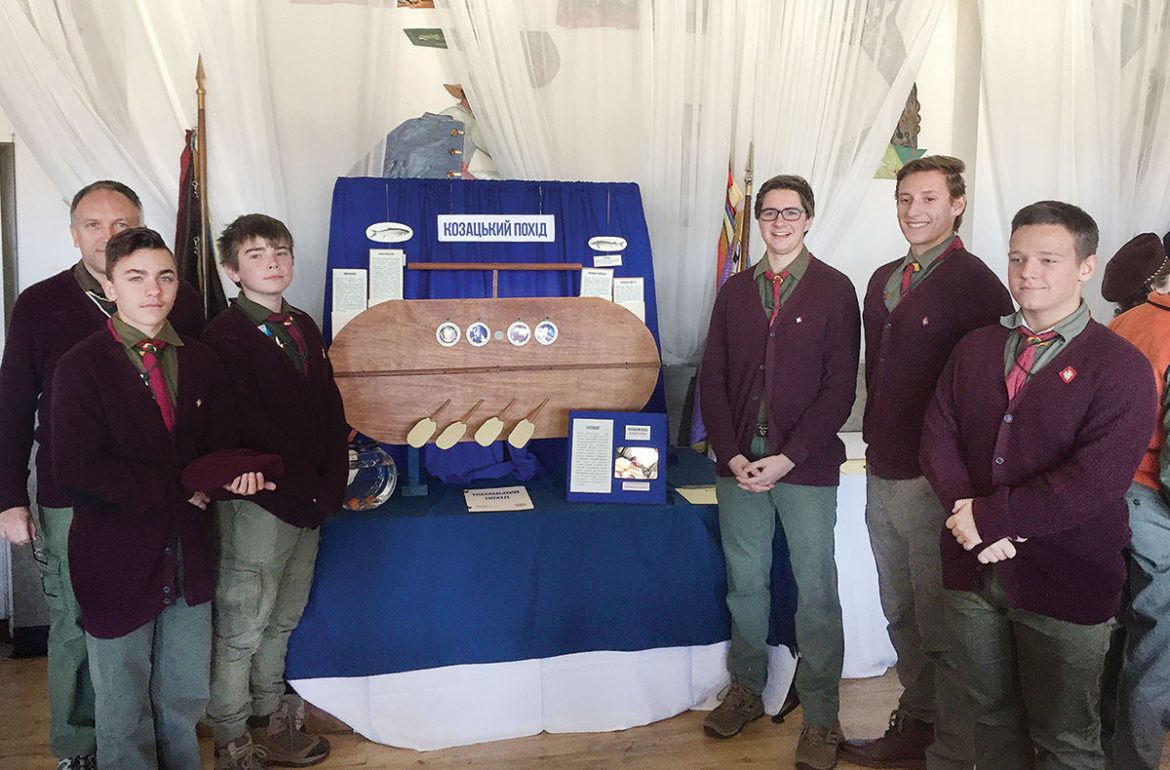 The boys’ team that won second place at Orlykiada for their demonstration of Kozak marine warfare.

Peter Luba, 17, is a member of the Philadelphia branch of Plast Ukrainian Scouting Organization. He is a rising senior at Methacton High School in Eagleville, Pa.