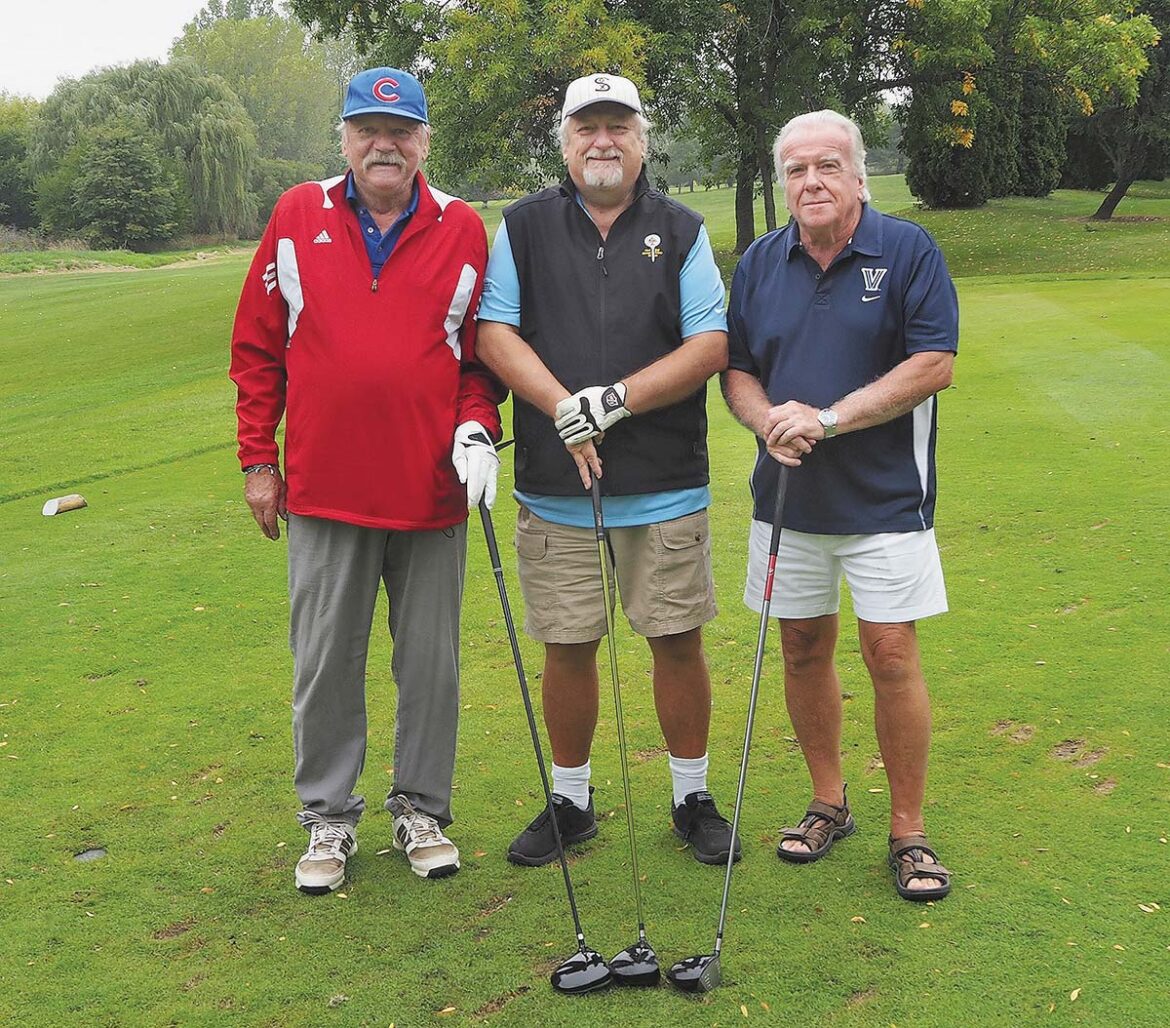 Pictured from left to right are members of the winning team: Nick Iwanik, George Petrasz and Bohdan Matusiak.

HOFFMAN ESTATES, Ill. – Despite the ongoing COVID-19 pandemic with social distancing guidelines that have limited public gatherings, golfers from across the nation gathered on a cool summer morning here for the very popular and highly anticipated Chicago Plast Golf Classic held at the Hilldale Golf Club on September 19.

For the past two decades more than a thousand people have taken part in the annual event.  This year, despite a two-week postponement because of a severe thunderstorm that included tornado warnings, participants nonetheless made the trip from all corners of the country.  They came from California, Colorado, Illinois, Wisconsin, Michigan, Ohio, New York, New Jersey, Massachusetts, Virginia, Washington D.C., and Florida in order to be a part of the 22nd annual charity golf tournament and festivities hosted by the Chicago-based Pobratymy fraternity of Plast Ukrainian Scouting Organization.

The lowest score tournament was won by the team of Nick Iwanik, Bohdan “Billy” Matusiak and George Petrasz, who finished with a score of 65.  The men’s and women’s longest drive competitions were won by John Derkach and Kathy Saldan, respectively, while the men’s and women’s closest to the pin contest was won by Mykola Hryhorczuk and Lydia Stankevych, respectively.  Nicholas Sosenko and Oleh Hanowsky won the putting contest.

Prior to the start of this year’s event, the company StretchLab of Park Ridge, Ill., offered a free stretching session to all participants.  The event used a team scramble format in order to engage the 62 men and women golfers, which also gave participants an opportunity to enjoy friendly competition and great camaraderie while being surrounded by the beautiful natural surroundings here.  Afterwards, due to the strict COVID-19 social gathering restrictions, the post-golf reception was limited and held onsite.

As has become the tradition, all of the proceeds from this year’s event will provide continued financial support for Plast and The Pobratymy Foundation, a not-for-profit 501 (c)(3) tax-exempt corporation established in 1992 by members of the men’s Plast Pobratymy fraternity.  Over the past 28 years, the foundation has raised over $300,000 to further the principles of Plast and Ukrainian scouting.  The proceeds are used to support Plast chapters in the U.S., Canada, Germany and Ukraine.

The Pobratymy Foundation, its board of directors, and this tournament’s organizer, Dr. Roman Saldan, expressed their gratitude to all of our volunteers who gave their time and effort to help plan and run the event, as well as sponsors for their support, generosity and commitment, as they are the life-blood of the annual fund-raising event.  Those individuals include the following people:  Kathy Saldan, Katrusia and Ihor Hrynewycz, Andres Durbak and George G. Kuritza. A list of the benefactors appears in a separate notice in this issue of The Weekly.  For more information, readers may visit the website PobratymyFoundation.com.