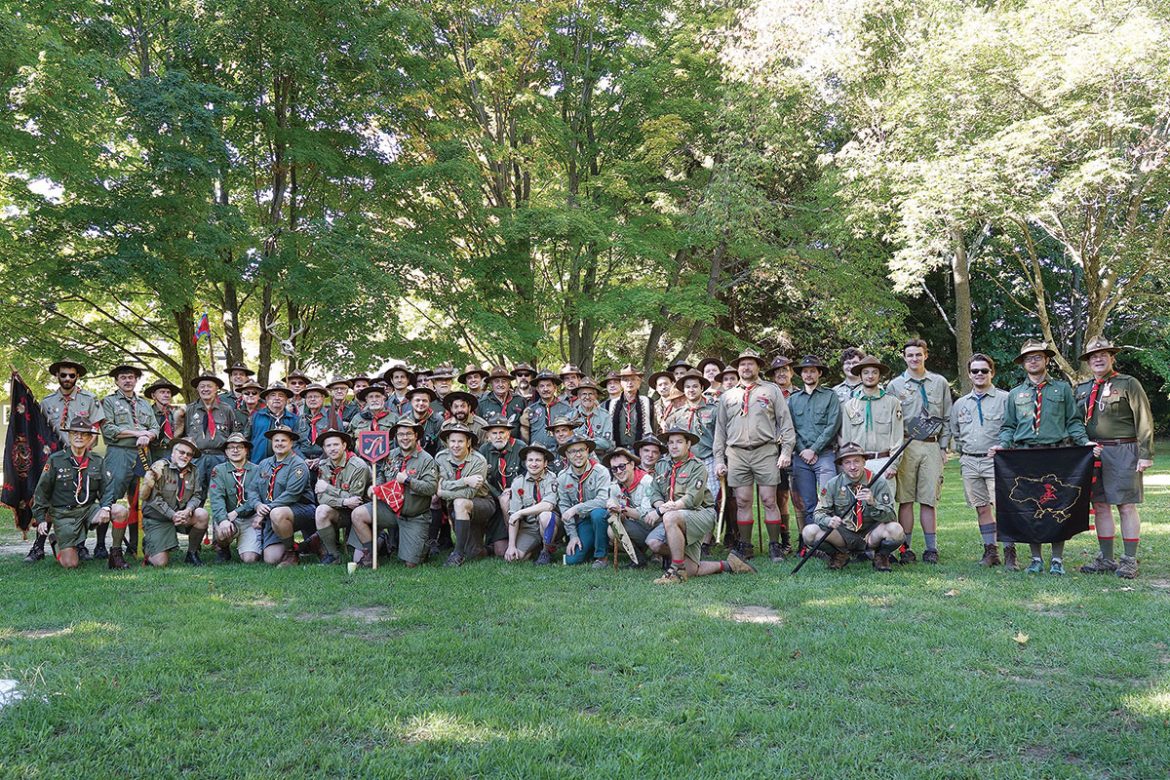 Members of the Lisovi Chorty fraternity of Plast Ukrainian Scouting Organization at their semi-annual grand council.

Lisovi Chorty originated in 1922 and today include about 275 members scattered worldwide – in Ukraine, Australia, Argentina, various countries in Europe, as well as the United States and Canada. The goal of the fraternity is to mentor and prepare youth to become future leaders of the Ukrainian community, both in Ukraine and the diaspora.

On Saturday, Lisovi Chorty had a chance to socialize, discuss Plast issues, listen to their leaders’ reports and recommendations, and formulate new action plans. Notable was the presentation of a statistical analysis regarding member participation in Plast activities, community organizations and professional involvement. The participants also discussed training new counselors and organizing canoeing, rock-climbing, bike-riding and ecology trips for younger scouts. Attention was also devoted to the current situation in eastern Ukraine and how to support anti-terrorist operation (ATO) fighters there.

After a day of lively discussions, the members held their traditional bonfire at which awards were presented, promotions announced and new members initiated.  The bonfire program continued until morning with humorous anecdotes and lively singing.