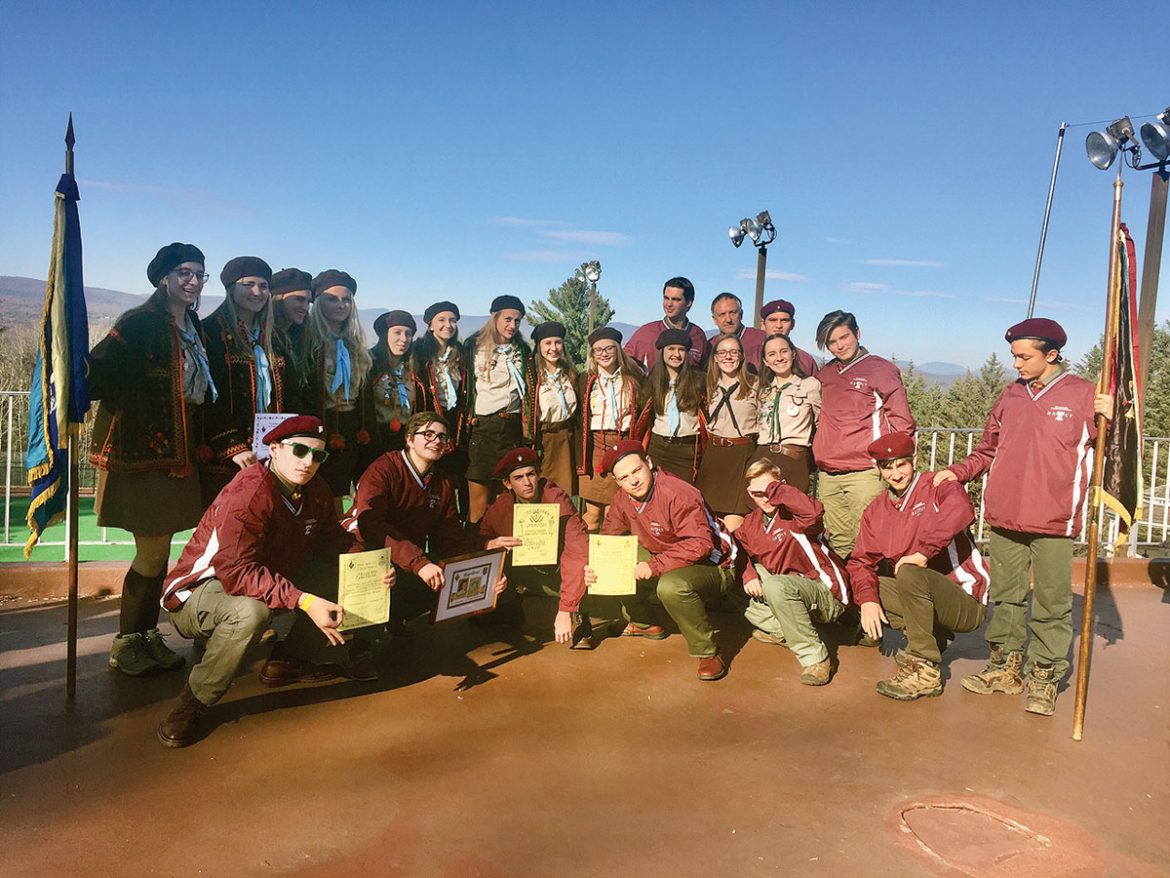 PHILADELPHIA – Over the 2017-2018 school year, the Plast community in Philadelphia was very busy, fulfilling the Ukrainian Scouting Organization’s mission of being faithful to God and Ukraine, helping others and living by the Scout Law.

Plast activities officially kicked off in September 2017, and soon thereafter many of the scouts (“yunatstvo,” age 11-17) began preparing for Orlykiada, a competition among Plast branches from various cities held in November at Soyuzivka Ukrainian Heritage Center in Kerhonkson, N.Y. This year’s Orlykiada focused on the courageous Ukrainian women through the centuries, including Kniahynia Olha, poet Lesia Ukrainka and U.S. astronaut Heidi Stefanyshyn-Piper. 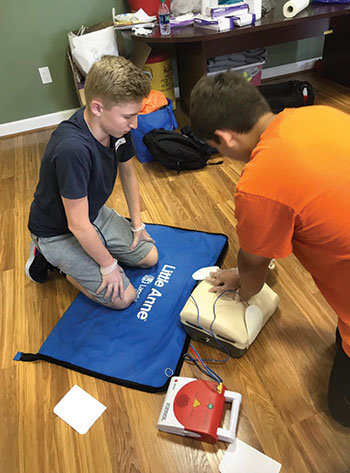 Over Christmas break, many older Philadelphia scouts made their annual pilgrimage to Glens Falls, N.Y., to take part in ski camp at nearby Gore Mountain organized by the Burlaky fraternity. Philadelphia scouts also went carolling in the Philadelphia area during the Christmas season, spreading cheer to all they visited and raising money for the organization.

On January 13, Philadelphia Plast held its annual Svichechka. During the very moving ceremony, 41 young boys and girls officially affirmed their Plast membership as “novaky” and “novachky” (cub scouts) – one of the largest groups in recent years. Other scouts achieved rank advancement, most notably Peter Luba, who achieved the rank of “Skob,” the equivalent of eagle scout.

One of the highlights of the year for the cub scouts was the field trip to Ashland Nature Center in Hockessin, Del., in early spring. There they went on guided nature walks, observed various specimens using microscopes, gazed at the stars and saw different types of live animals, such as snakes and turtles. A good time was had by all.

This past year was also declared the Year of Sea Scouting and special activities were organized by the Plast fraternity Chornomortsi. Each month, the Chornomortsi held lectures at various Plast branches to teach the scouts about their fraternity and about different water-related activities. These lectures were also part of a larger Plast competition. Scouts in each chapter were broken into smaller groups and instructed to make videos reinforcing the lecture topics. These videos were then shared and scored. 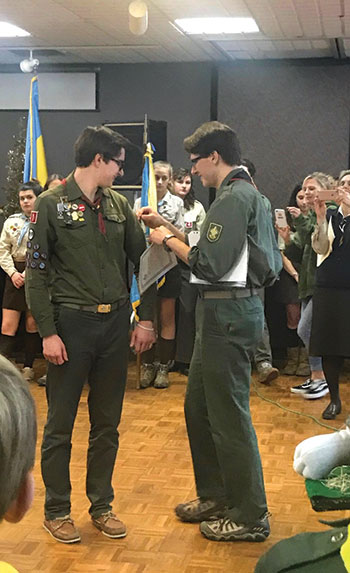 Peter Luba (left) is promoted to the rank of “Skob” (eagle scout), awarded by Andrew Zwarych.

On April 28 and 29, Philadelphia Plast celebrated the 100th anniversary of the raising of Ukrainian flags on ships of the Black Sea Fleet. The celebration was held aboard the USS New Jersey warship in Camden, N.J. Scouts participating were able to take guided and self-guided tours of the warship, as well as sleep overnight in the cabins.

The annual weekend-long “Sviato Vesny” camporee, held at Heritage Reservation in Farmington, Pa., was also organized by the Chornomortsi as part of the Year of Sea Scouting competition.

In early June, Plast Philadelphia held a CPR class run by the American Red Cross where 12 scouts received their CPR/First Aid/AED Certification. The class was generously sponsored by the Ukrainian Medical Association of North American (UMANA), and will allow eligible participants to serve as counselors at Plast camps.

Plast members also took part in the Moleben on June 10 at the Ukrainian Catholic Cathedral of the Immaculate Conception as the faithful offered gratitude and prayed for blessings for Metropolitan-Archbishop emeritus Stefan Soroka for his dedicated years of service.

Over the summer months, scouts will travel to upstate New York, Ohio, western Pennsylvania and West Virginia, among other locations, to participate in camps where they will reunite with friends, meet new ones and make lifelong memories. In September, they will return to Philadelphia to begin another great year of Plast activities.

Annette Luba, 16, is a member of the Philadelphia Branch of Plast Ukrainian Scouting Organization. She is a rising junior at Mount St. Joseph Academy in Flourtown, Pa.