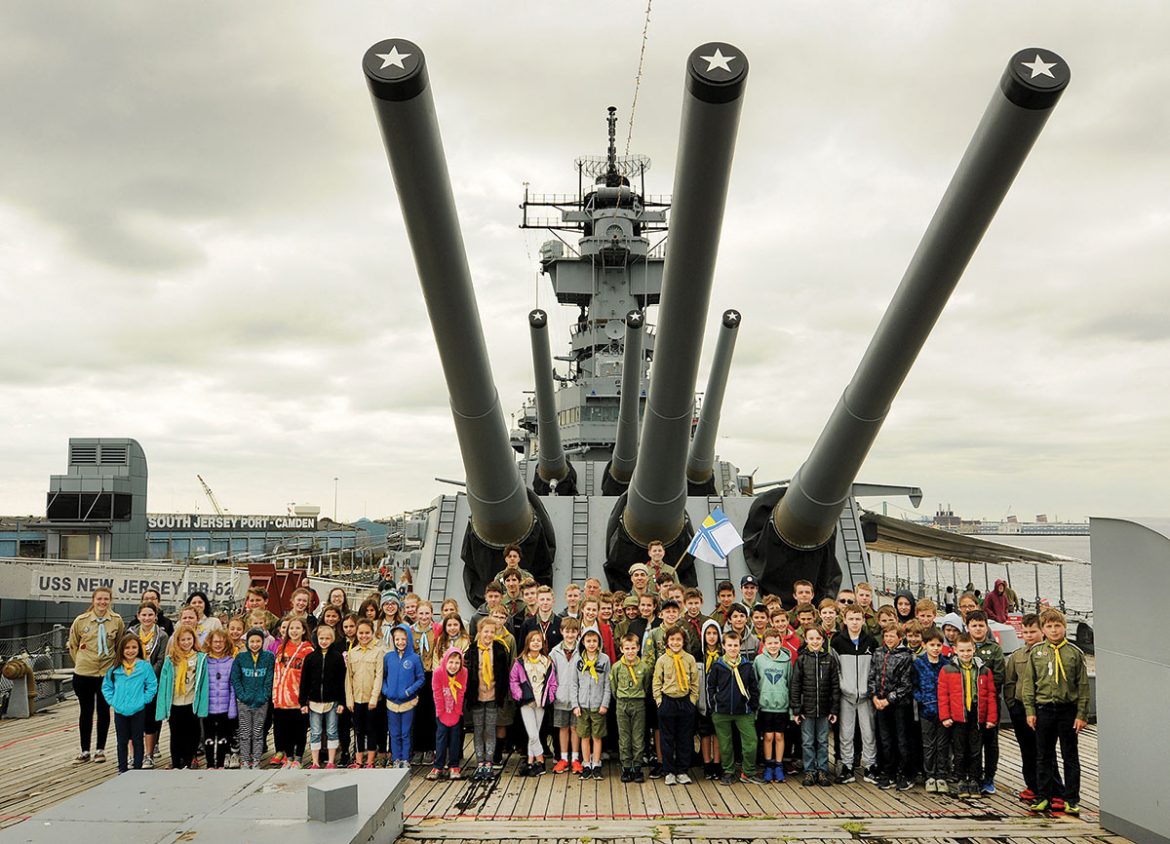 Scouts of the Newark, N.J., and Philadelphia branches of Plast aboard the USS New Jersey in Camden, N.J.

Older Plast scouts of the Seattle branch aboard the USS Turner Joy in Bremerton, Wash.

To mark the centennial of the historic flag raising, Plast Ukrainian Scouting Organization’s Chornomortsi fraternity, and its sister counterpart, the Chornomorski Khvyli – with the support of the international supervisory board of Plast – embarked on a yearlong program (January-December 2018) to bring Ukrainian maritime history to the forefront.

The year 2018 is officially known in Plast as the “Year of Sea Scouting,” which is complemented by a tagline loosely translated as, “On the waves of the sea, toward a common goal!” The program is organized by a committee of Chornomortsi, led by Damian Handzy, Ph.D.

Dr. Handzy commented: “We are thrilled to expose Ukrainian scouts around the world to this exciting form of scouting – maritime scouting teaches teamwork, requires sharp focus and involves plenty of vigorous activity in and on the water. It’s a fun way to develop important life skills.”

The Year of Sea Scouting would not be what it is without the collaborative effort of all of the branches of Plast across the United States, from Seattle in the West to Boston in the East, and around the globe, including Argentina, Australia and Ukraine. 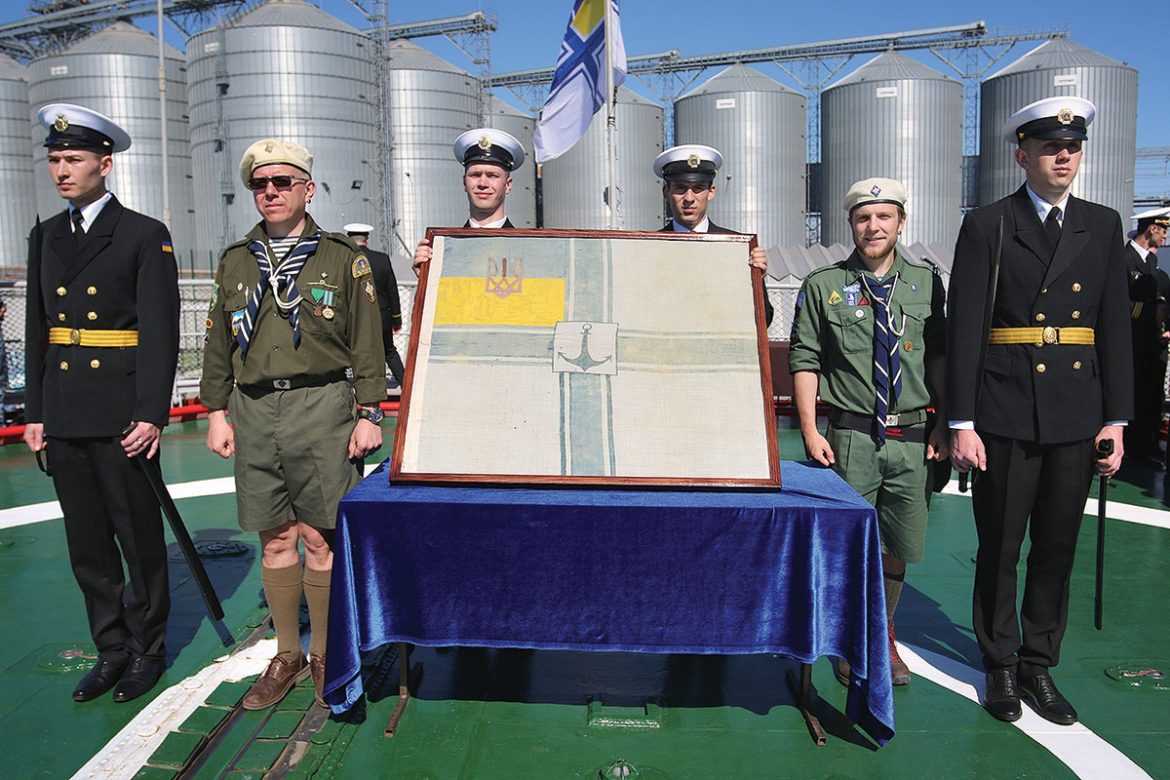 Plast Chornomortsi Marko Chukvinsky and Roman Baluk (in green Plast uniforms) are flanked by Ukrainian Black Sea sailors in Odesa. In the center is the original flag raised 100 years ago on the ships of the Black Sea Fleet.

In the U.S., for example, local chapters have a member of the Chornomortsi fraternity serving as a “skipper” to help coordinate and execute periodic learning sessions focused on sea scouting for scouts between the ages of 7 and 18. Topics include navigation, songs and poems, knots, types of boats, the history of the Black Sea Fleet and sea scouting. The 300 plus participating scouts are grouped into crews that compete with each other, submitting a short video after each lesson to demonstrate their new skills and knowledge. 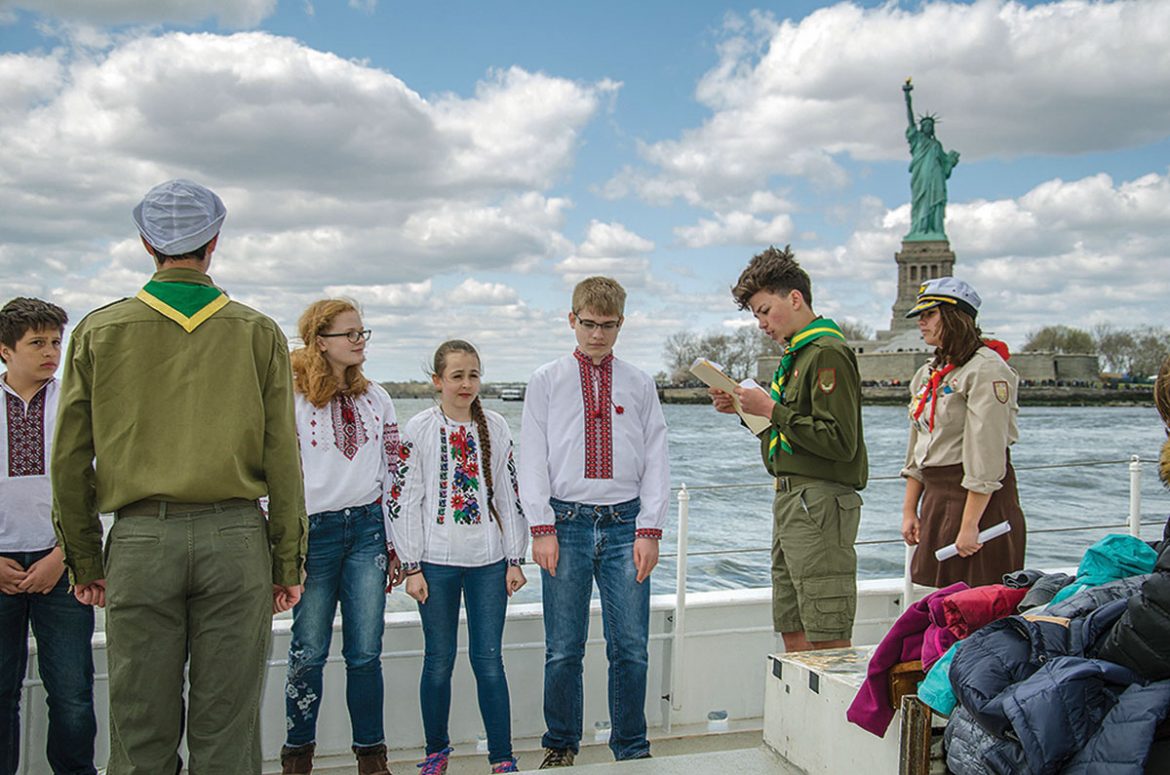 Members of the Plast branch in Passaic, N.J., on the schooner Pioneer in New York Harbor.

All scouts who participate in the Year of Sea Scouting are eligible to earn a special one-time merit badge and a chance to win one of three top prizes. The top prize will certainly be the most coveted: The entire crew with the highest score will be able to attend the annual Plast Sea Scouting Camp at no cost. This year’s camp will be held on August 4-11 on Raystown Lake in Pennsylvania. 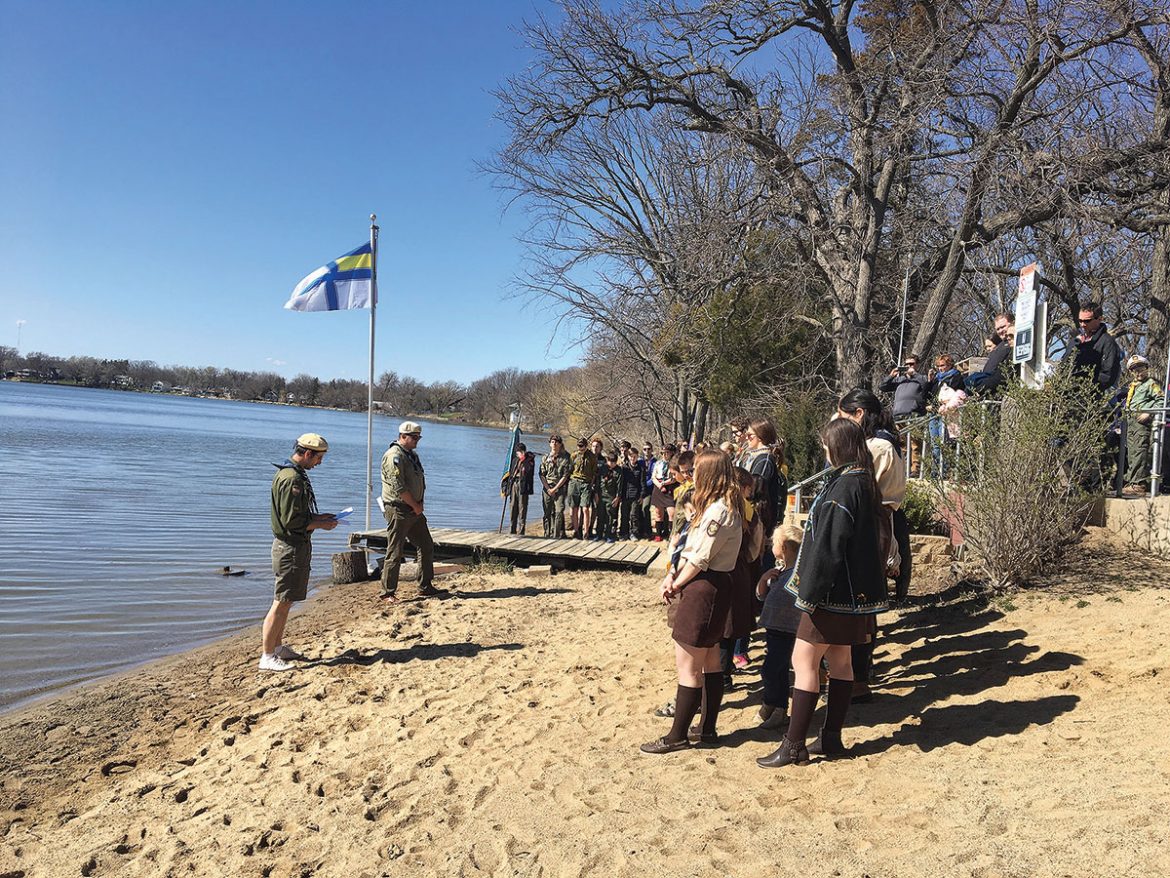 Members of the Chicago Plast branch on the campground at Round Lake during their flag-raising ceremony.

The Year of Sea Scouting is full of exciting activities and educational opportunities, such as the focal celebrations that occurred on April 29. Nearly every local branch of Plast in the U.S., together with select cities in Ukraine, organized and conducted events recognizing the 100th anniversary of the Black Sea Fleet raising the Ukrainian flag. Events ranged from the ceremonial, symbolic recognition of Ukrainian historical figures to field trips to nautically themed museums and excursions to various U.S. naval vessels across the country. All of the events had two things in common: each event occurred on or near a body of water and all events included a solemn raising of the Ukrainian naval flag. 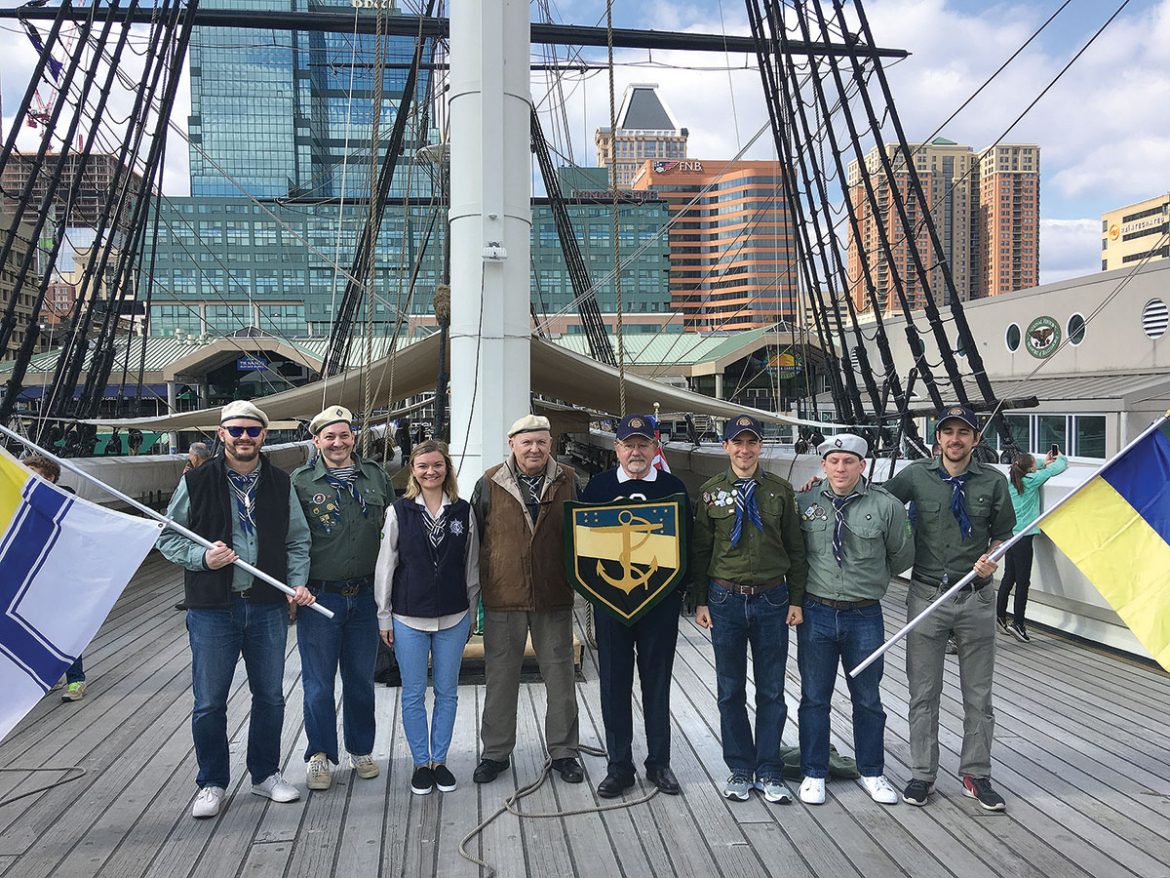 The next major event for the Year of Sea Scouting was a camporee over Memorial Day weekend at the Boy Scouts’ Heritage Reservation in Farmington, Pa., where crews of Plast scouts from around the country met for the first time in a grand series of competitions that included both theoretical and practical sea scouting. On the site of the camporee was a 400-acre lake where scouts had a chance to demonstrate their seamanship skills. (See the story about the “Sviato Vesny” camporee on page 13.)