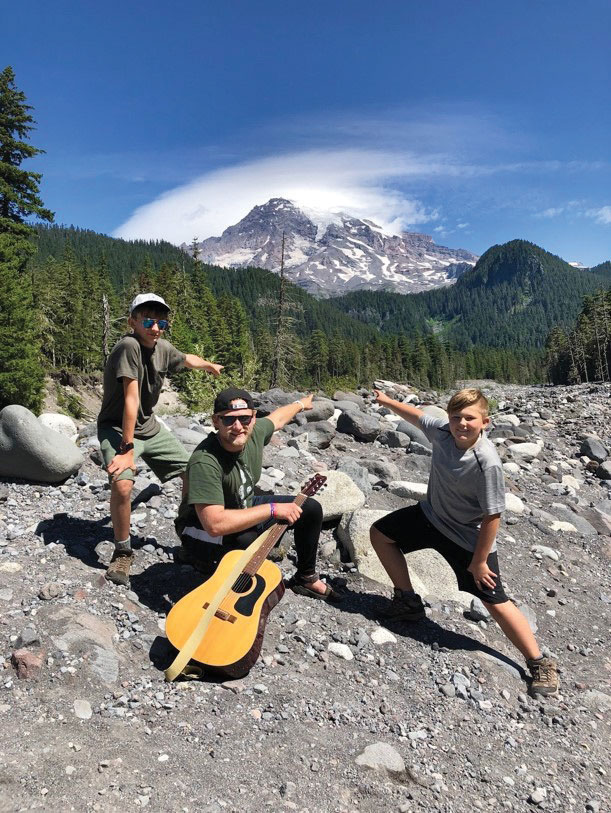 MINNEAPOLIS – In the fall of 2018, members of Plast Ukrainian Scouting Organization in the U.S.A. within the Twin Cities area met in the empty gymnasium of St. Constantine Ukrainian Catholic Church to discuss the branch’s future. Here, one generation reminisced about how strong the Plast community in Minneapolis once was, while another dreamed of its resurgence and revival. Despite the significant age gap between the generations, all present bonded over common aspects of being a member of Plast – a love for nature, connection to heritage and friendships with other scouts from faraway states. These commonalities proved helpful in rekindling Plast within the Twin Cities.
Plast here began in the summer of 1949, after a group of Ukrainian immigrants from various parts of war-torn Europe helped start the first branch in the Twin Cities. It quickly became evident to them that this organization was an opportunity to gather and share their Ukrainian heritage. At its peak in 1958 the Plast Minneapolis branch had 77 members. With active participation throughout the 1960s and 1970s, Plast Minneapolis enjoyed sustained success in sending scouts to annual summer camps, as well as in hosting local hikes and excursions.

Just a decade later, with numbers beginning to dwindle by the mid-1980s, Plast Minneapolis lost its status as a branch and had ultimately become a group. Activities were organized, but nothing on the scale seen previously. Since then, many members have passed away, moved from the Twin Cities area, or have lost interest, leaving 11 senior scouts (age 12-18).

Although Plast stagnated, the Ukrainian diaspora in Minneapolis continued to flourish. With two churches, a community center, an annual heritage festival, and a renowned Minneapolis food hotspot – Kramarczuk’s Ukrainian Deli – the community does not forget its Ukrainian heritage, nor does it go hungry!

Members of the community noticed the potential to revive Plast in Minneapolis, and under the leadership of Christina Cybriwsky, Zenon Stepchuk, Stephan Vitvitsky, Inessa Kolomayets, Adrian Ripecky and Maksym Kolomayets, a new group was formed. Team members’ involvement within the church choir, church board, and Ukrainian cultural center committee proved to be an advantage in spreading the word of the new initiative.
In order to attract new members and increase participation, the team focused on hosting activities touting the outdoor recreational activities which Plast emphasizes. To their advantage, Minneapolis and its greater metropolitan area provide a dynamic urban setting with forested hideaways nestled along the Mississippi River.

Wasting no time, Plast Minneapolis began holding meetings and activities for its scouts. Biweekly, scouts would convene at the Ukrainian American Community Center to learn more about the origins of Plast and work on various merit badges. With approximately five kids separated into two groups, younger scouts (age 6-11), known as “novatstvo” and older scouts (age 12-18), known as “yunatstvo,” the group established a presence within the Ukrainian diaspora in Minneapolis. Progress within the first months of organizing would not have been possible without the persistent enthusiasm from the parents. The renewed motivation began the discussion of sending kids to summer camps, the highlight of many Plast scouts’ experiences.

In 2019, through the initiative of Plast’s Seattle branch, a two-week camp was organized in the Pacific Northwest of the United States. With extensive coordination from the Plast National Command in the U.S.A., Plast Minneapolis was able to send two older scouts, Mark Kurynytskyi and Adrian Kushneryk, to their first ever summer camp. Additionally, another Minneapolis family experienced their first Plast summer experience at Camp Pysanyj Kamin in Middlefield, Ohio, and its “Tabir Ptashat” camp. These members were the first scouts from Minneapolis to attend summer camps since the 1990s – it was a moment to celebrate.

Mark and Adrian’s experience was one they will never forget. The Minneapolis scouts enjoyed two weeks of activities all the while being immersed in stunning landscapes. Furthermore, Mark and Adrian were able to learn more about Plast principles and work toward earning merit badges, such as those for archery, pioneering, cartography, as well as orienteering.

The highlight of the camp had to be the four-day excursion to Mount Rainier National Park. On the third day, the boys embarked on the ascent of Mount Rainier which provided panoramic views of the Cascade Mountain Range’s most prominent peaks, Mount Adams, Mount Baker and Mount St. Helens. Ultimately trekking up to an altitude of over 9,000 feet, the boys were grateful to know that going down would be much easier. Joyfully, the boys and other scouts were able to sled down the snow-capped peak in the middle of August. 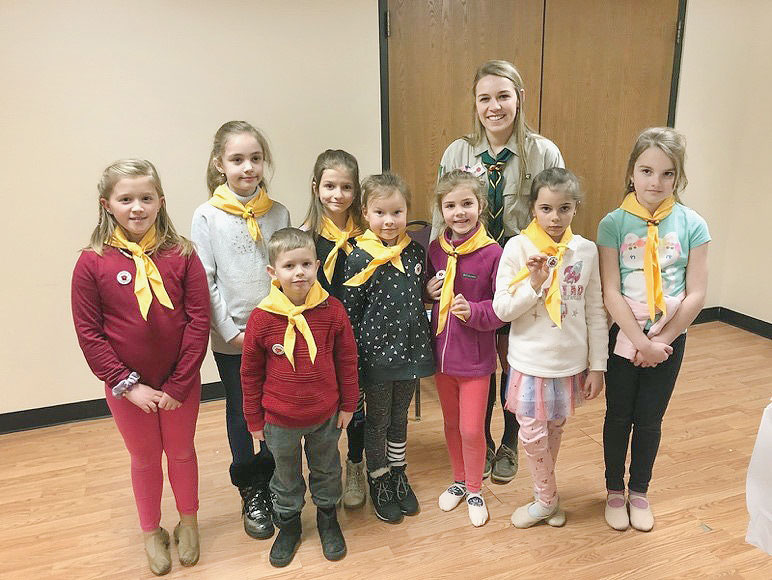 Plast Minneapolis “novatstvo” with their scout leader at the Ukrainian American Cultural Center.

Encouraged by this unforgettable summer experience, Plast Minneapolis was excited to plan activities for the upcoming year. Well into 2020, biweekly meetings continued and events such as a trip to a science museum, a Christmas program (Svichechka), ice skating party, and Pysanky drawing session kept the scouts busy. Steadily, the group saw an increase in family participation and scout enrollment.

Within a year and a half of active work, the community continues to grow and persevere in the midst of the pandemic. Plast Minneapolis has surely kept its vow to the scout’s creed of remaining ready. In adjustment to pandemic protocols, the group has focused on hosting outdoor activities. And yes, as true Minnesotans, the group is not deterred from exploring Minnesota’s wilderness by snowshoe in the blistering cold winter.

Either by attending a summer camp, finding a best friend, or spending days on end immersed in nature, Plast holds a special place within the hearts of many. The organization has provided its members with lifelong memories and friendship, and continues to do so to this day. Perhaps that is why the remaining members of Plast Minneapolis were eager to initiate the branch’s revival. For the time being, it is safe to say that Plast Minneapolis is active and excited to represent yet another American city which possesses strong Ukrainian roots.