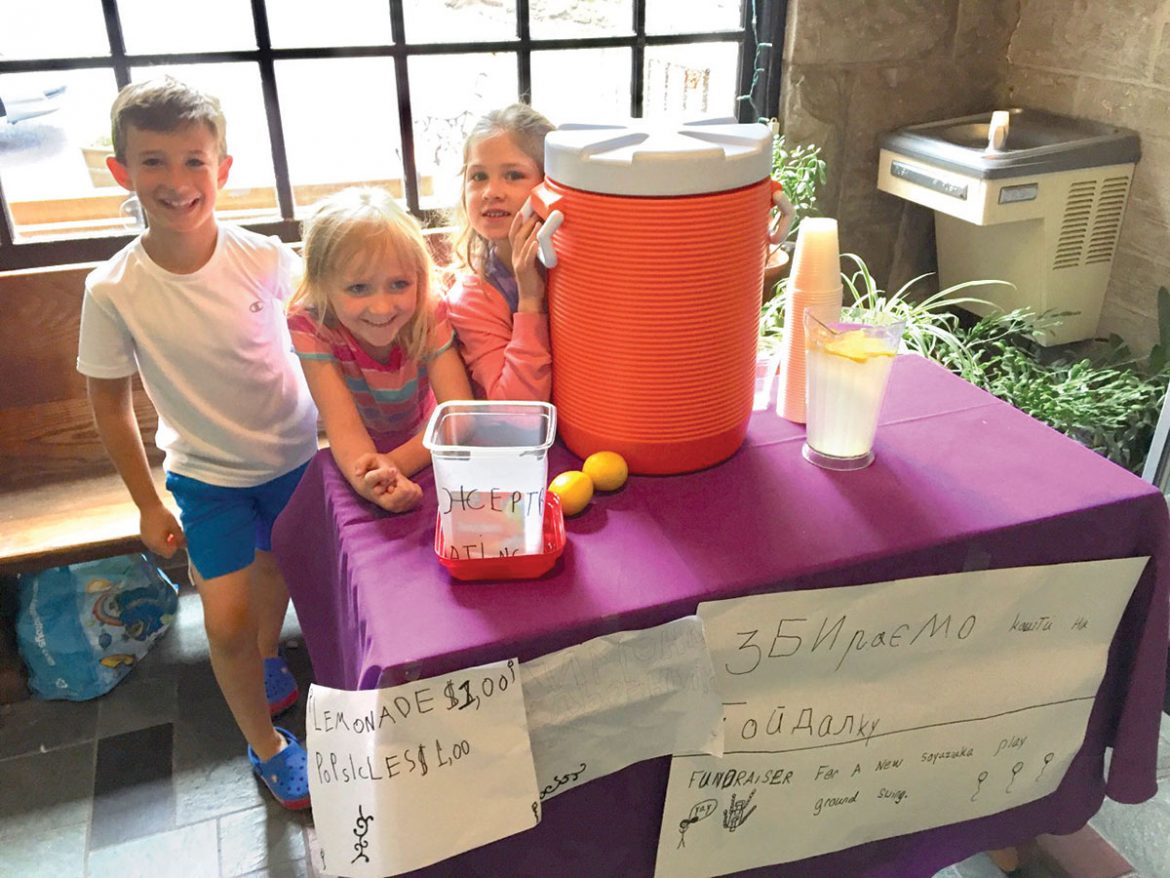 Marko Skoratko, Zoryana Popadynec and Kalyna Konrad at their lemonade stand fund-raiser for a new swing at Soyuzivka.

One weekend this past summer saw a lemonade stand appear in Soyuzivka’s Main House lobby; it was set up and run by three Plast cub scouts: “novachky” Kalyna Konrad, age 7, and Zoryana Popadynec, 6, and “novak” Marko Skoratko, 7.

While their younger siblings were taking part in “Tabir Ptashat” (the Plast day camp for children age 4-6 held at Soyuzivka since 1989), these three “ptashata” alums spent their days roaming the grounds and playing. They soon noticed that a tandem swing they had enjoyed riding last year at the playground was now out of commission.

Disappointed but undeterred, they channeled their energy into organizing, advertising and running a lemonade stand, with the goal of raising enough money to buy a new swing for the Soyuzivka playground. 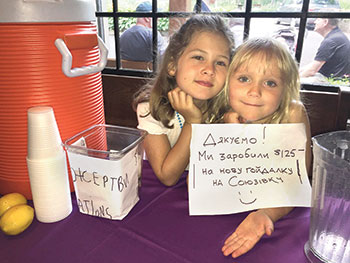 Kalyna Konrad and Zoryana Popadynec proudly wrap-up their lemonade stand at Soyuzivka with a thank-you to their patrons and a report on the fund-raiser’s results.

Their sale on July 7-8 raised over $125. A new swing was ordered and has been installed at the playground. In addition, a small contribution was made using remaining funds towards repair of the fence surrounding the Soyuzivka kiddie pool.

Sincere thanks to the staff at Soyuzivka, and especially Maya Lew, Stefko Drabyk and chef Andrey Sonevytsky, for their support and assistance.

To the patrons of the lemonade stand, thank you for making this kids’ initiative a success!

View all Letters to the Editor Stories →