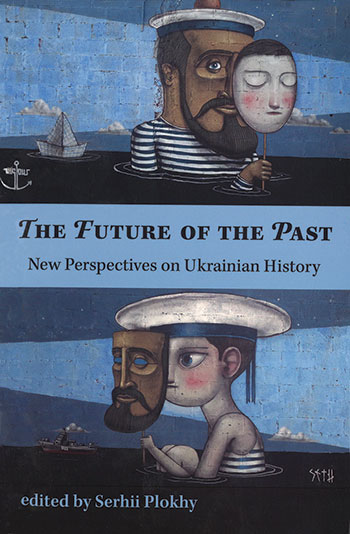 Ukraine’s defense against overt Russian aggression is the latest international crisis in East-West relations, which are at their lowest level since the end of the Cold War. History itself has become a battleground in Russia-Ukraine relations.

Can history and historical narratives be blamed for what has happened in the region, or can they show the path to peace and reconciliation, helping to integrate the history of the region in the broader European context?

Essays collected in “The Future of the Past: New Perspectives on Ukrainian History,” edited by Serhii Plokhy, addresses these questions, rethinking the meaning of Ukrainian history by venturing outside boundaries established by the national paradigm, and demonstrating how research on the history of Ukraine can benefit from both regional and global perspectives.

This latest book shows how the study of Ukraine’s past enhances our understanding of Europe, Eurasia and the world – past, present and future.

Broken into four groups, the essays begin with “Towards a New Narrative” with submissions by Alfred J. Reiber (University of Pennsylvania), Lilya Berezhnaya (University of Munster), and Oleksii Tolochko and Georgiy Kasianov (National Academy of Sciences of Ukraine). Their writings bring into focus the scholarly challenges facing Ukrainian studies in post-1991 Ukraine and in the diaspora, from the classroom to the university lecture hall, and the risks in writing a new history of Ukraine.

The third section, “The Return of the Region,” features submissions by Larry Wolff (New York University), Iryna Vushko (City University of New York), Faith Hillis (University of Chicago), Heather Coleman (University of Alberta), Zenon E. Kohut (University of Alberta) and Dr. Plokhy (Harvard University). This section takes a look at the role of religion, post-Soviet Cossack studies, as well as regional cultural variations and their historical significance in the face of regional nationalism. Mapping the history of the Holodomor is also examined.

The fourth section, “Representations of the Past,” includes works by Marta Dyczok (University of Western Ontario), Volodymyr Kravchenko (University of Alberta), Tatiana Tairova-Yakovleva (St. Petersburg State University) and Paul Robert Magocsi (University of Toronto). These writings highlight the role of memory and media in shaping history, as well as the perpetuation of Soviet myths, and the struggles of teaching Ukrainian history in Russia and in North America.

Dr. Plokhy is the Mykhailo S. Hrushevs’kyi Professor of Ukrainian History in the department of history and is director of the Harvard Ukrainian Research Institute. Other books by Dr. Plokhy that have been published by Harvard University Press include “Poltava 1709: The Battle and the Myth” (2012) and “Tsars and Cossacks: A study in Iconography” (2003). In 2015 he was the recipient of the Antonovych Prize for his research on Ukrainian studies.

Readers may obtain copies at booksellers and online retailers. More information and copies may be purchased by visiting the link http://www.hup.harvard.edu/catalog.php?isbn=9781932650167/.