PHILADELPHIA – The Vatican Information Service announced on April 16 that the Holy Father has accepted the resignation for medical reasons of the Most Rev. Stefan Soroka, archbishop of Philadelphia for Ukrainians and metropolitan for the Ukrainian Catholic Church in the U.S.A. 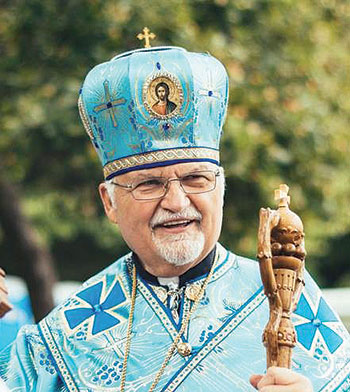 Metropolitan Stefan was appointed as metropolitan-archbishop by Pope John Paul II on November 29, 2000, and installed on February 27, 2001.

Bishop Andriy was appointed by Pope Francis as auxiliary bishop for the Ukrainian Catholic Archeparchy of Philadelphia on August 8, 2017. He was ordained to the episcopacy by Patriarch Sviatoslav in St. George Ukrainian Catholic Cathedral in Lviv on September 3, 2017.

Following is a statement released by Metropolitan-Archbishop Soroka.

Our heartfelt appreciation is extended to His Holiness, Pope Francis, and to His Eminence Leonardo Cardinal Sandri, Prefect of the Congregation for the Oriental Churches, and to His Beatitude Sviatoslav Shevchuk for their understanding and compassion. We are also grateful to the Holy Father for the confidence he has shown in the abilities of Most Rev. Andriy Rabiy in appointing him as apostolic administrator for the interim.

I take this opportunity to extend my heartfelt gratitude to the clergy, religious, seminarians and laity of the Ukrainian Catholic Archeparchy of Philadelphia. These past 17 years have been filled with many challenges and blessings, some unique in the experience of the Philadelphia Archeparchy. Success in responding to the varying needs of the archeparchy and its parishes was achieved with the positive and hopeful participation of clergy, religious and laity enabled by the Grace of God.

Most gratifying to me was the personal journey of prayer and fraternity experienced with the clergy, religious and faithful of the Archeparchy. The highlight of my ministry in leadership was experienced when amidst parishioners and their ministers in parish liturgical celebrations, visits, pilgrimages, festivals and in personal sharing. I was inspired by the dedication of the clergy, religious and faithful and their love for their Church.

I am also especially grateful for the fraternity and cooperation shared with my brother bishops of the U.S.A., with whom common needs of clergy, religious and faithful were addressed in our regular meetings, and in gatherings of our Church. The Grace of God provided richly in our many shared endeavors.