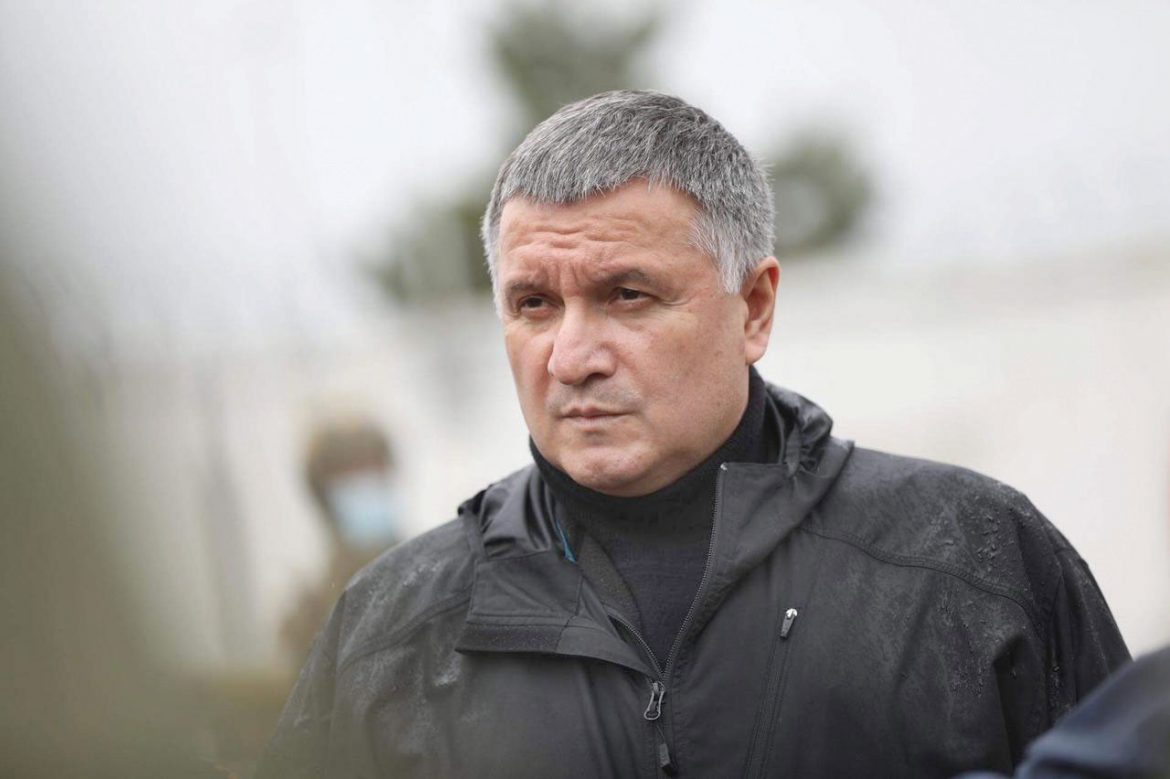 KYIV – Arsen Avakov, one of the most powerful and independent-minded government officials, tendered his resignation as internal affairs minister on July 13.

As the nation’s longest-serving top cop overseeing personnel in various agencies numbering more than 300,000 people, Mr. Avakov, 57, is one of the last officials not perceived as part of President Volodymyr Zelenskyy’s inner-circle.

“I am honored,” his 36-word resignation concludes in a letter to parliament without providing a reason for the move.

The Verkhovna Rada approved his resignation with 291 votes on July 15.

Mr. Zelenskyy announced a successor, who heads the parliamentary law enforcement committee. Denys Monastyrsky is known to be on close terms with the outgoing minister’s team, “having served as an aide to an Avakov ally in the previous legislature and worked at an affiliated think tank,” Kyiv-based Dragon Capital wrote in a note to investors.

Originally from the Azerbaijani capital of Baku, Mr. Avakov served under two presidents and survived four Cabinet reshuffles, including the latest one in March 2020 under the current president.

He controlled or coordinated the national police force down to the local department level, the National Guard, Emergency Services, Migration Service and border guards.

Under his tenure, he repelled pro-Russian elements in Ukraine’s second-largest city of Kharkiv at the start of Russia’s covert invasion of eastern Ukraine after the pro-democratic Euro-Maidan uprising culminated in February 2014.

In 2005-2010, he served as governor of the region where he completed studies in 1988. He remained in the city after graduating.

He was elected to parliament in 2012 with perennial politician Yulia Tymoshen­ko’s Batkivshchyna Party before being appointed as internal affairs minister on February 27, 2014.

Mr. Avakov was a supporter of the Orange Revolution of 2004 that saw Viktor Yushchenko ascend to the presidency. Among his longtime political opponents in Kharkiv are Mykhailo Dobkin and the late Hennadiy Kernes. Both hold or had held pro-Russian sentiments. The former served as governor of Kharkiv during disgraced pro-Moscow President Viktor Yanukovych’s truncated term. Mr. Dobkin also was mayor of Kharkiv and member of parliament. Mr. Kernes also was a mayor of Kharkiv and had won re-election in 2020 before succumbing to health conditions related to COVID-19.

However, Mr. Avakov has never spoken Ukrainian while in civil or public service and has described himself as “a Russian-speaking Ukrainian nationalist.”

Before resigning and as a member of the National Security and Defense Council, Mr. Avakov at certain times didn’t fully support the body’s terrorism-related sanctions imposed on Ukrainian citizens.

In particular, he was against sanctioning Mr. Zelenskyy’s predecessor, current lawmaker Petro Poroshenko, under whom the former internal affairs minister had also served. Mr. Avakov in March said that the ex-president was not “an enemy of the people.”

Controversy and corruption accusations have also accompanied Mr. Avakov’s tenure.
Following Euro-Maidan, he oversaw the reformation of the police force, changing its name from the Soviet-era “militsiya” (militia). New recruits entered the force, including more women, and the notoriously corrupt traffic police was disbanded. Still, critics have pointed out that many of the old guard remain, as do their outdated policing methods, and they labeled the incomplete changes as window dressing.

“Mr. Avakov has been able to hang on to his post despite several changes of government because he has been able to build strong support in the parliament and because he possesses potentially compromising information on politicians, Ukrayin­ska Pravda said in a June 17 article, as cited by Radio Free Europe/Radio Liberty.

His handling of the high-profile murder case of Belarusian journalist Pavel Sheremet has tainted him as well. Mr. Sheremet was a Ukrainian resident when he was killed in a car bomb explosion in Kyiv on July 20, 2016.

Mr. Avakov’s National Police investigated the murder and eventually publicly accused two women and a man, all of whom have ties to Ukraine’s war effort in the Donbas conflict zone.

On December 12, 2019, he said that war volunteer and pediatric surgeon Yulia Kuzmenko, airborne medic Yana Duhar and former combatant Andriy Antonenko were involved in the murder.

All three spent various amounts of time behind bars before being released and placed under house arrest or other freer means of restrictive measures. The murder case remains unsolved.

“The Sheremet issue is certainly an element of pressure causing the departure [of Mr. Avakov],” a political analysis by Kyiv-based Concorde Capital said. “However, it is too early to say that it is the main reason, as reforming ministries will certainly be a topic during Mr. Zelenskyy’s impending visit to Washington [this summer].”

The former minister was also tied to a public procurement corruption scandal involving his son and other family members.

In 2016 a hidden video recording was leaked to Ukrainian media purportedly showing the minister’s son, Oleksandr Avakov, discussing the supply of backpacks to the Internal Affairs Ministry with the body’s former deputy head, Serhiy Chebotar.

The previous year, the Internal Affairs Ministry had signed contracts worth more than a half million dollars to purchase 6,000 backpacks at above-market prices through companies allegedly affiliated with Arsen Avakov’s family.

He and his family have denied any involvement.

In July 2015, the Prosecutor General’s Office opened a probe into the matter and in April 2016 the case was passed on to the National Anti-Corruption Bureau of Ukraine (NABU). On July 12, 2018, the Special Anticorruption Prosecutor’s Office announced that it had closed the case into Oleksandr Avakov and Mr. Chebotar.

On August 30, 2018, the Solomianskyi Court of Kyiv tossed out a complaint brought by the graft watchdog Anti-Corruption Action Center to close the “backpack case.”