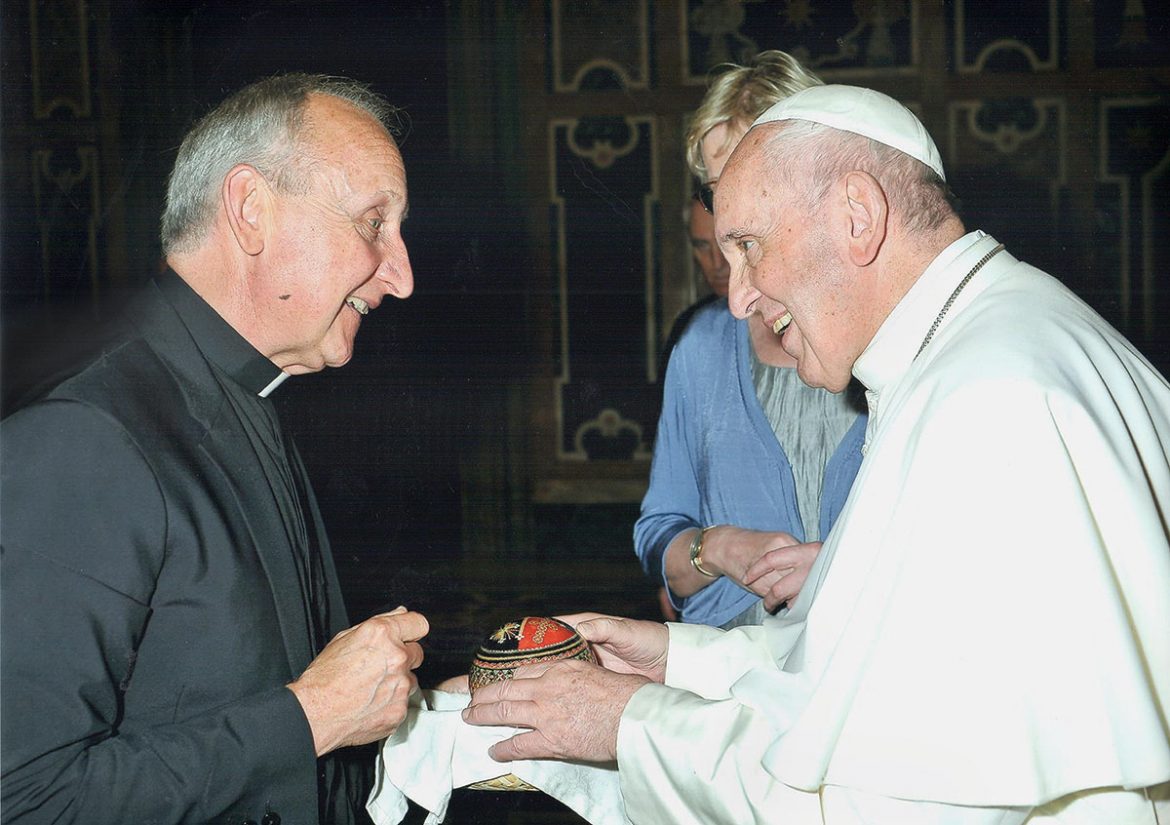 TERRYVILLE, Conn. – The Rev. Dr. Paul Luniw, pastor of St. Michael Ukrainian Catholic Church in Terryville, Conn., and judicial vicar of the Stamford Eparchy, recently attended the 24th International Congress of the Society for the Law of Eastern Churches in Rome, whose topic was “Fifty Years of Encounter Among the Eastern Churches: How Canon Law Assists in the Ecumenical Dialogue.” The keynote speaker was Ecumenical Patriarch Bartholomew. After a private tour of the Vatican gardens, a private audience was held in the Vatican palace with Pope Francis. During the audience, as seen in the photo above, Father Luniw presented Pope Francis with one of his masterpiece ostrich pysanky. Pope Francis was very attentive to the explanation given to him regarding the pysanka. A photo of the pysanka with the hands of Pope Francis and Father Luniw appeared in the official Vatican newspaper the L’Osservatore Romano as well as the Vatican news.