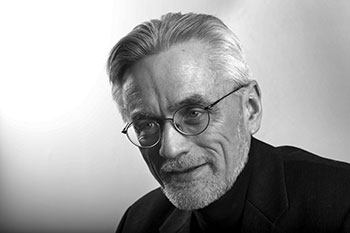 KYIV – Rutgers University-Newark political science professor Alexander Motyl is known for swimming against the tide when it comes to speaking about post-Maidan Ukraine. All is not lost and not everything is “doom and gloom,” his writings and observations often say.

On October 13, the professor, novelist and poet spoke with The Ukrainian Weekly via an online messenger service, just five days before political opposition groups, including one led by Mikheil Saakashvili, former Georgian president and ex-Odesa Oblast governor, staged a rally in Kyiv’s government district to call for the creation of a separate anti-graft court, election reform to make ballots open to the public and the stripping of immunity from prosecution for members of Parliament. Prof. Motyl makes the case for “evolutionary,” not “revolutionary” change.

After earning his Ph.D. at Columbia University in 1984, Prof. Motyl embarked on an academic and teaching career. The Ukrainian American has earned a reputation for having expertise on “Ukraine, Russia and the USSR,” according to the World Affairs Journal. His most recent book is “Ukraine vs. Russia: Revolution, Democracy, and War” (2017).

The following interview was edited and condensed for clarity and space. This is the conclusion of the two-part Q&A.

In a recent YouTube video in which you appeared, you said that nobody really wants to go back to the times of Viktor Yanukovych and live in that atmosphere again. When people see Yanukovych on TV nowadays, he looks like a dinosaur to many…

The problem is if you ask people would you want to live under Yanukovych, the problem is if you read a lot analyses by Ukrainians of Poroshenko, I’m struck by the fact how much people are saying that he’s building an authoritarian regime, that there is no difference between him and Yanukovych. That it’s essentially a return to the times of Yanukovych. If these people seriously mean this, essentially what they’re saying is that Yanukovych wasn’t all that bad. Essentially you’re saying that Ukrainians are stupid because after all this bloodshed, after all these changes, nothing has changed. Then you’ve gone full circle?

I don’t happen to think that Poroshenko is anywhere close to Yanukovych. What people are forgetting is that every president in every democratic country, especially in the run-up to the elections, will always try to amass more authority and power. Look at the U.S. Look at prime ministers in Canada, in Germany.

As a historian, do you think that institutions are still so weak that Poroshenko can’t make these high-profile prosecutions? It is a “catch and release” judicial system. Nobody high up has answered for the Maidan killings, for example.

Clearly, this is partly a function of the inefficiencies of the Ukrainian judicial system. This may be a function of Poroshenko looking the other way. We don’t know that, but it’s certainly possible. I could see why, because it’s not just his rule that depends on the goodwill of the economic and political powers that be. Presidents need the support of the political and economic elites. Since Ukraine’s economic elites are to a large extent corrupt, you have no alternative. Is he doing enough? Probably not. Could he do more, absolutely.

This focus on the top 20 evil-doers is missing the point.

This is typical of the Ukrainian scene. If you start putting people in jail or start hanging them on the Maidan, and that’s what people would want, they want to see payback. They’re not interested in justice or the rule of law. Payback is meaningless. Things haven’t changed in getting agricultural land sold or the big state-owned enterprises. That’s where Ukraine should focus its energy, but none of that is sexy.

But that won’t address the problem of corruption because there are bad circumstances in place that induce people to do bad things.

What’s left to do? Privatizing the big state-owned assets and creating a viable agricultural land market. How much of this is politicized?

There are serious concerns. You want to do it right in the sense that you get people coming in buying all the stuff and setting up golf courses or something like that. There are legitimate auctions and tenders, there are ways to do this. You need safeguards in place. You could certainly keep the Russians out. Sure, there is a fear of foreigners and this feeling of it being “our” land. Every prosperous society has a viable land market. You’ve just got to do it.

If Ukraine waits until it has strong rule of law and strong local communities, then it will wait another 50 years. You have to make bold changes even when the conditions aren’t absolutely right. Then you adjust to the circumstances.

Now is the good time because you have a reformist government, although a little lackluster.

Why not just start certain institutions from scratch like an anti-corruption court if the system is rotten to the core?

I’m not opposed to having parallel institutions like the anti-graft court. It looks like Poroshenko is on board with that. But this notion that this system is rotten to the core and can’t be fixed… all of history militates against that.

The weight of world history suggests that it’s not true. Deeply corrupt countries have become and can become less deeply corrupt. That happens. The lesson of revolutionary change is that it never works. It doesn’t bring about the utopias that people want. They usually fail and then there’s violence in the process.

Evolutionary change step-by-step shows historically that reforms can make the difference. Look at the U.S. It had one of the most corrupt legal systems at the end of the 19th century. The U.S. system is hardly all that perfect, but it has made significant changes.

Look at the candidates for the Ukrainian Supreme Court, the 120 or so justices. That’s a major transformation. They were vetted, they were chosen, and the vast majority, like 80 percent, seem to be good apples. That is astounding. Typically, Ukrainians, and critics of the government focus on the 20 percent.

Was Ukraine betrayed by the West in terms of giving up its nuclear arms and the Budapest Memorandum? Will Ukraine succeed?

When it came to nuclear weapons in the early 1990s, the West had no idea what Ukraine was, and wasn’t terribly concerned about Ukraine. The Budapest Memorandum that’s a little different. The West didn’t make a promise to rush to Ukraine’s defense, but it did say it had security guarantees and that suggested that the West would be in some way actively involved in defending Ukraine.

One could argue that the West’s response to Russia’s aggression has been vigorous. The sanctions: pretty good stuff. The recent sanctions under Trump are even more severe. Ukraine for the first time in 26 years is on the policy agenda of most Western countries. It’s a positive place on the agenda. Ukraine is no longer perceived as just a problem. So, in general, I’m not that unhappy; I could imagine better and far worse things and I’m glad they’re not taking place.

Will Ukraine make it?

My sense is that the historical perspective is useful. I’m optimistic, I’ve been so since 1991 when I wrote an essay on whether Ukraine will survive until 1994, or something like that. I think it will.

Within five to 10 years, I think it will be a different country. It will be still democratic but more consolidated so. It will significantly be more prosperous. I think the GDP will grow. I don’t think Russia will take it over.

There’s a significant difference of Ukraine today and Ukraine of the past. If you look at the Bohdan Khmelnytsky-led Kozak rebellion in the 17th century, they were caught between three countries that were fighting each other: the Poles, Russians and Turks. And the Ukrainians were right in the middle. If you look at Ukraine and its independence efforts in 1917-1919, it’s the same thing. There’s Ukraine, and to the left, there’s the Poles, the Germans, the Austrians. To the right there’s the White Russians, the Red Russians, the whole place was just a mess. If you look at the independence efforts of OUN-UPA [the Organization of Ukrainian Nationalists and the Ukrainian Insurgent Army], same thing. You got Nazi Germany, Stalinist Russia.

Today the geopolitics of Ukraine’s situation is different. It still has a hostile neighbor in Russia and it will remain that way, or at least unfriendly, in the foreseeable future. But Ukraine is no longer trapped between two warring parties and, to its good fortune, the countries to the west of Ukraine, geopolitically they are more or less supportive of Ukraine.

And Ukraine is in a position and has enjoyed this position for the past 25 years. I think Ukraine can manage the Russian threat for the time being. The bigger fear for me is that maybe in five, 10, 15 years from now, it’s possible that Russia will collapse. If civil war or possible war breaks out in Russia, then I’m fearful for Ukraine. I think that it will survive but it will again be inundated by warring parties. That could be a very dangerous scenario.