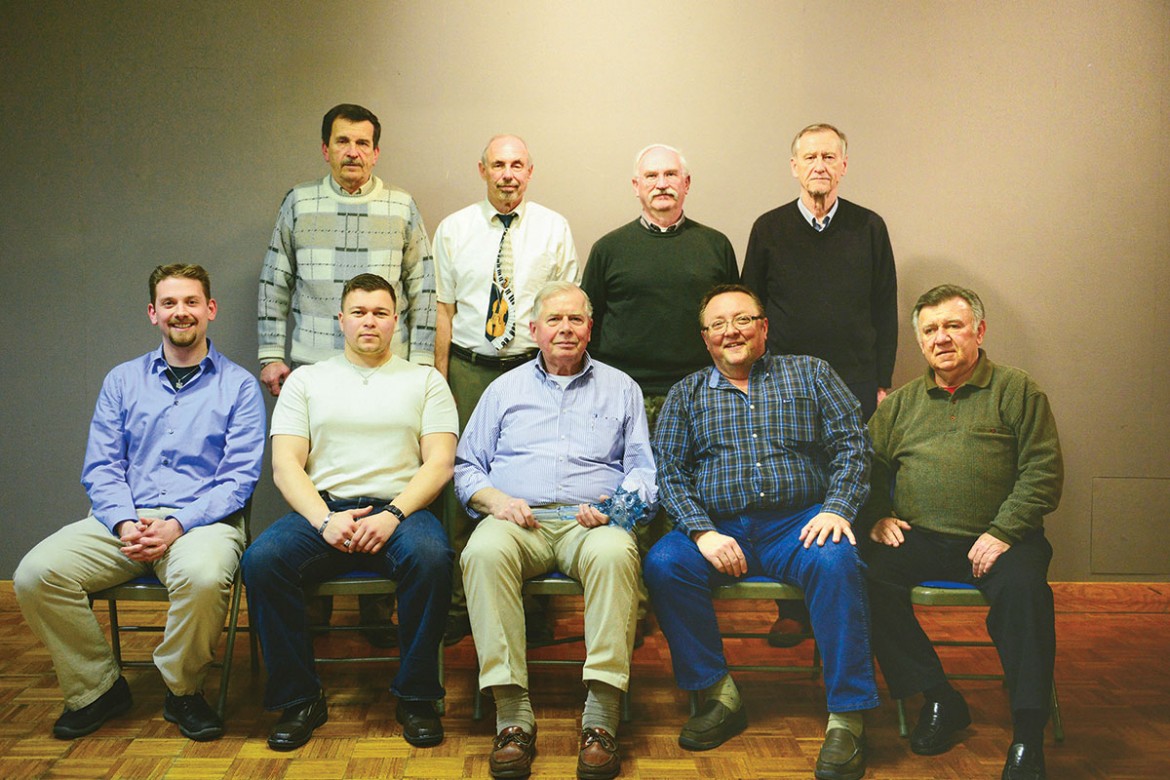 The newly elected executive board of the Prometheus Ukrainian Male Chorus of Philadelphia.

JENKINTOWN, Pa. – At its biennial meeting held on March 23 here at the Ukrainian Educational and Cultural Center, members of the Philadelphia-based Prometheus Ukrainian Male Chorus gathered to discuss the series of concerts and projects since the 2012 50th anniversary celebration.

With over 30 members present, the Prometheus membership recapped various performances including the commemoration of the 200th anniversary of the birth of Taras Shevchenko at the United Nations in 2014, multiple Christmas concerts, the annual Yonkers Ukrainian Heritage Festival, and the most recent joint concert series with the Dumka Chorus of New York City.

Highlighting the meeting was the June 2014 visit to Washington, where the chorus sang at the 50th anniversary commemoration of the Shevchenko Monument and received an Honorable Award from the Ministry of Culture and Tourism in Ukraine for its 50 years of hard work in preserving and popularizing the Ukrainian culture.

Additionally, Prometheus launched a new website and Facebook page with the help of the millennial generation that has recently reinvigorated the ranks of the long-storied chorus.

At the conclusion of the meeting Mr. Kucharskyy thanked all the members for their dedication and stated that, continuing as conductor, he is looking forward to leading the ensemble and recruiting additional members who share an appreciation of Ukrainian music and culture.