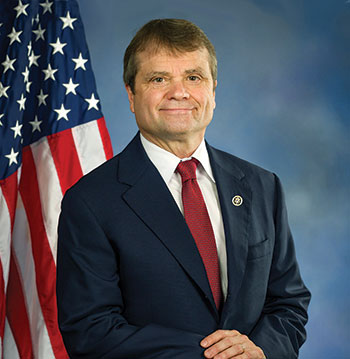 “As a proud longtime member of the Congressional Ukraine Caucus, I am honored to begin the 116th Congress in the new role of Co-Chair,” Rep. Quigley said on January 15. “Through several visits to Ukraine, my position on the House Intelligence and Appropriations Committees, and my representation of a prominent and active Ukrainian American community, I’ve seen firsthand the importance of a strong U.S.-Ukraine relationship. I look forward to working with fellow Co-Chairs Kaptur, Harris and Fitzpatrick in our shared mission to fortify Ukrainian sovereignty and democracy.”

Founded in 1997, the mission of the Congressional Ukraine Caucus is to organize an association of members of Congress who share a common concern for building stronger bilateral relations between Ukraine and the United States. With the cooperation with the Ukrainian American community, the caucus serves to lend support for Ukraine, beginning with democratization efforts and market-oriented reforms, and functions as a source of information for Members of Congress regarding events in Ukraine.

“It is my great pleasure to welcome my friend and colleague, Rep. Mike Quigley. As a member with a significant Ukrainian American community in his district and as a fellow Appropriator [member of the Appropriations Committee], he has championed Ukraine’s forward democratic progress free from Russian aggression,” said Rep. Kaptur. “I join thousands of Ukrainian Americans in northern Ohio and across the region in welcoming his leadership. I look forward to working with him and the caucus in our strong support for a more democratic, prosperous, and free Ukraine.”

“I am honored to welcome Rep. Mike Quigley to the Congressional Ukrainian Caucus,” said Rep. Harris. “His efforts to resist Russian aggression against Ukraine have shown his strength and passion for the region. As a fellow member on the Appropriations Committee, I look forward to working with him both in committee as well as in this caucus.”

“I’m proud to welcome Congressman Mike Quigley as the Democratic co-chair of the Ukraine Caucus,” said Rep. Fitzpatrick. “Congressman Quigley has been a tireless advocate for Ukraine’s territorial integrity and increased U.S.-Ukraine cooperation. I look forward to serving with him and the entire Ukraine Caucus this Congress to support and strengthen the Ukrainian democracy against increased Russian aggression.”